Benjamin Willis
in Technologies of Communication and Media
0 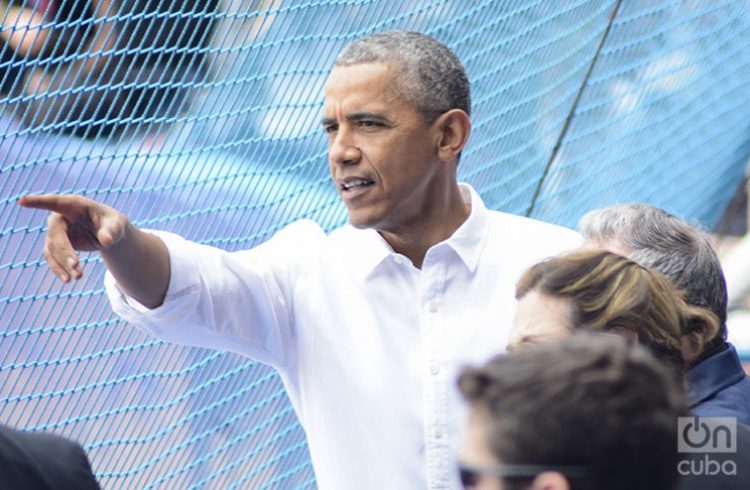 In just a two-day visit Obama has achieved what no other president of the United States in almost sixty years has: lay the foundation for a constructive dialogue between both governments and peoples of both nations; put the hostilities aside and use the tool of diplomacy to its maximum capacity. He has managed to turn the page of a history sequestered by hate and guide us towards hope.

In his speech at the Gran Teatro of Havana he criticized the Ameircan status quo as much as Cuban immobility. He called for the end of the embargo and pointed out the necessity of eliminating the dual currency in Cuba. He acknowledged the problems with the exercising of one’s civil rights in the U.S. pertaining to health care, education, and the justice system. He recognized the legacy of slavery in both countries, while at the same time criticizing the lack of civil liberties on the island. Obama noted the faults of American democracy, yet referred to the necessity for Cuba to open up to a greater pluralism, boosted by open access to information, especially the Internet. He said it in a respectful tone that recognized Cuban nationalism and the right of all Cubans to self-determination.

Obama acknowledged the role of Cuban doctors and he referred to the possibility of extending areas of cooperation, like what spontaneously transpired in the campaign against Ebola in West Africa. At the same time, he noted that human rights also include other areas apart from health care and education.

With this, the president gave international visibility to the complex narrative of the relation between both nations, ignored time and time again by the largest media conglomerates in the United States. In the same way, he seized the hour by sharing with all Cubans (not only the invitees to Teatro Lorca, as the speech would be broadcast live on Cuban TV) crucial issues of the national reality that are passed over by the official media organs on the island. The problematization of the message and the expression of said complexity in respective mainstreams- both American as much as Cuban- was a media “homerun” that was much more significant than James Loney’s.

However, a dark historical fog of inaccuracies still lingers around Obama that he will have to avert in order to achieve a more transparent relationship between both nations.

A recent article by Rafael Hernández in OnCuba states the lack of understanding of the U.S. towards Cuba isn’t solely based in ideological premises but, also in a very different political culture. Certainly, there is a hefty baggage of programming that, many times, impedes a real comprehension of the other.

This sense of “lost in translation” continues being a burden for both governments, even as they claim to exercise an attitude of understanding. Our national destinies seem to be intertwined not only by geographic proximity, our shared sports affinities, and for a similar sense of patriotism and national pride (“a lot of pride”), but also by the obstinate narratives about an enemy Other (whether it be imperialist or communist) that hasn’t allowed much space for the renegotiation of alternative imaginaries.

Obama’s interest in fomenting the reconciliation between Cubans on both shores is laudable. We believe this is a necessary step. But, he should understand that there are various exile communities, instead of the monolithic and triumphalist narrative of a sole block of reconciling exiles. The president should understand this more than anybody as he has witnessed first-hand the actions of Cuban Americans trying to torpedo his reconciliation policy by introducing legislation with the express purpose of dividing the Cuban family and reverting any progress made by his overtures to Cuba. Before his mandate, it was the Cuban-American congressmen Lincoln Díaz-Balart who spearheaded the effort to codify the embargo/blockade in the Helms-Burton Act, making it impossible henceforth for the president to repeal alone. This anti-Cuban exile faction wasn’t found “for the love of Cuba.”

Obama, being the astute politician he is, most likely acknowledges that the dynamics between the Cuban government and the entire exile community are not solely based in resentment towards those who left because they “ignored the problems of pre-Revolutionary Cuba, and rejected the struggle to build a new future.” There was, for many years, discrimination against the Cuban émigrés exerted by both the Cuban government and some radical sectors. This is unfortunately true. Cuban Americans for Engagement has expressed its critical vision about this in its visits to the Cuban Embassy, and what was the Cuban Interests Section, in Washington.

More significant than this, however, were the actions of radical and violent members of the exile community, not very different from those who, hours before Obama’s speech at Lorca Theater, murdered at least 30 innocent people in a terrorist attack at the Brussels airport. Let us remember that in 1976, Luis Posada Carriles and Orland Bosch blew up an airliner killing 73 people, many of them athletes whose only sin was to be part of the Cuban national fencing team, and whose loss would not be so important for its perpetrators, as it implied the death of “just a few negros”, according to declassified documents from the National Security Archives.

This radical wing of the exile community caused more harm and destruction than any “painful separation” and as such, its history should not be idealized. Terrorism, whatever its motivation may be, does not have a place within the new imaginaries that we dream of for Cuba. President Obama probably knows of and condemns such acts. Consequently, that we don’t owe undeceived pardons. He will also know, with his singular political acuity, when to incorporate these nuances into the conversation, once it has advanced to other registers.

Another reiterated idea was that the U.S. has “neither the capacity, nor the intention to impose change on Cuba”. There is a double standard regarding this point, whereas the president assures that we should not fear an interventionist position, there are $20 millions dollars worth of taxpayer money allocated to finance the opposition. True political pluralism will never flourish, in Cuba or any other sovereign nation, while a foreign government persists on financing its opposition.

Many topics are pending to be addressed in the context of advancement in the negotiations between Cuba and the U.S.: ecology and the environment, preservation of the national patrimony, exchanges about the topics of sexual identity and gender, etc.  We are concerned about the impact of market dynamics on the island, especially in terms of the creation of patterns of stratification and inequality. We understand, however, that Cuba’s entrance into the modern world, bringing with it economic development, informatics, and telecommunications, is imminent.

Obama expressed that he didn’t “come here to tear something down” but to appeal to the “young people of Cuba who will lift something up, build something new.” May his words and actions make what has been achieved so far irreversible, regardless of what happens after the elections in November. May his trip be the continuation of a future of hope for Cuba.