John Kerry in Cuba: the diplomacy of being neighbors

alzugaray
in Technologies of Communication and Media
0 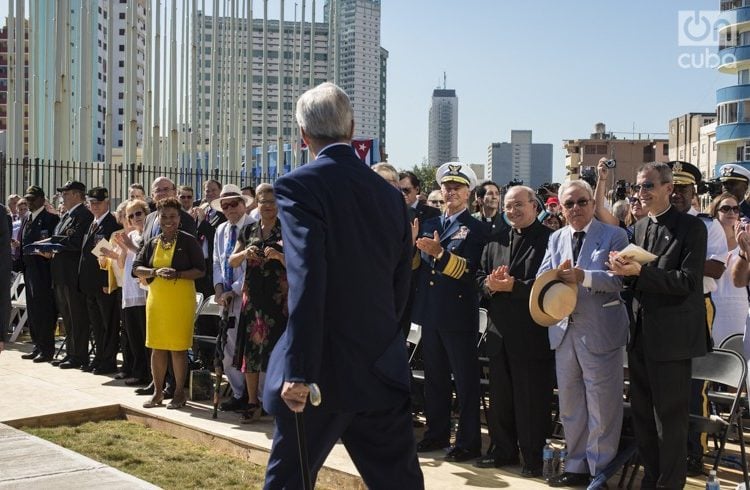 When John Kerry visited Havana this past Aug. 14 for the official flag-raising ceremony at the U.S. Embassy, he became the highest-ranking dignitary to do so since Richard Nixon came to the Cuban capital in 1955.

While framed in the usual media blitz that surrounds these types of events, Aug. 14th held unquestionable significance. If we look at the past, we see that before the Revolution, Cuba was not a regular stop for U.S. secretaries of state or other high-ranking officials from that neighboring country. Bilateral relations were overseen not by someone of John Kerry’s rank but by subordinates, surely because of our country’s quasi-colonial status. The most recent such visits recorded were in 1940, when Cordell Hull came to attend a regional foreign ministers’ meeting, and in 1945, when Edward Stettinius visited, a trip recounted in an article published online by OnCuba. Some have tried to confer these visits with an imaginary pro-democratic connotation, claiming that both indicated “U.S. support for Cuban democracy.”[1] Actually, nothing could be further from the truth.

From a Cuban perspective, the most important aspect of Kerry’s visit was that contrary to what had been the case in the past, the U.S. government put its emphasis on highlighting the (mutually) constructive climate and respect for this new stage in bilateral relations. It is evident that what happened on Aug. 14 was something agreed upon by two sovereign states, including questions of substance, such as the Secretary of State’s speech and his joint press conference with Cuban Foreign Minister Bruno Rodríguez, as well as smaller matters, such as placing three old American automobiles on the Malecón right in the middle of Cuban territory.

The most significant concrete agreement made was the creation of a bilateral commission that opens the way to normalization. This measure is intelligent and indispensable.

John Kerry’s speech at the flag-raising ceremony is an expression of the new U.S. policy toward Cuba at this time. The length of this article does not allow more than two comments on that. 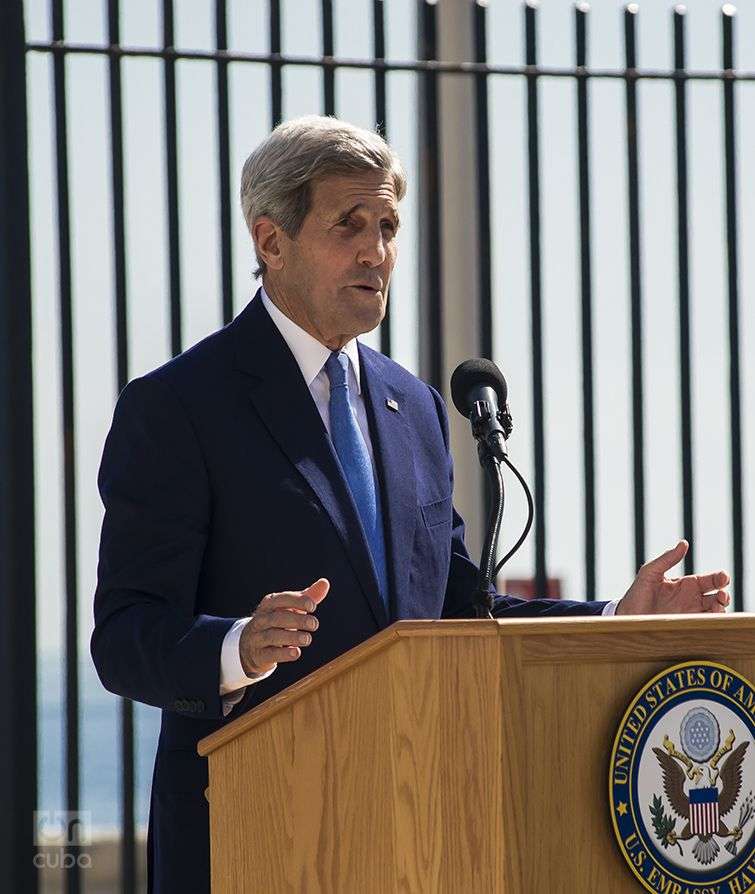 The first has to do with the question that we Cubans are asking ourselves: will Washington abandon its efforts to dictate Cuba’s destiny? The speech provides us with two contradictory keys, one of them not very happy: “And indeed, we remain convinced the people of Cuba would be best served by genuine democracy, where people are free to choose their leaders, express their ideas, practice their faith; where the commitment to economic and social justice is realized more fully; where institutions are answerable to those they serve; and where civil society is independent and allowed to flourish.”

The supposition behind this formulation is that the United States has the right to judge who has or does not have a “genuine democracy.” Given our common history and the realities of today’s world, this is an illusory belief. However, Kerry clarified that “U.S. policy is not the anvil on which Cuba’s future will be forged.” This latter statement more aptly describes what should happen.

My second comment has to do with a concept very much quoted in the media: “We are certain that the time is now to reach out to one another, as two peoples who are no longer enemies or rivals, but neighbors.”

We have always been neighbors. Being neighbors is a situation that is imposed on us by geography. But you can be a good neighbor or not. In this sense, it’s worth remembering a verse from a well-known poem by Robert Frost, The Mending Wall: “Good fences make good neighbors”. That would be a recommendation to remember and respect.

Cuba and the United States, a new era

The female face of Cuban labour