“Land of Fire” at the Miramar Theatre 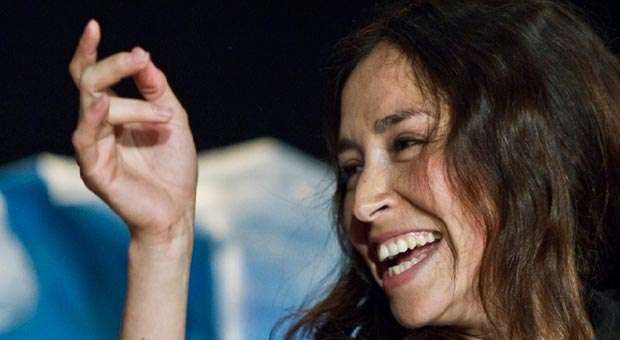 The Cuban public can enjoy this Tuesday January 22 at 8:00 pm at the Miramar Theatre ” Land of Fire ” by Chilean actress Carolina Pizarro.

Directed by Julia Varley – essential figure of Odin Teatret , by Eugenio Barba – the actress , after appearing in the Magdalena Sin Fronteras international event , held every three years in the City of Santa Clara to discuss , debate and show the drama of the representation in the theater made by women, premiered in Havana a work that encompasses the present and past history of Chile from a very personal appreciation.

Dedicated to Chilean actresses Mary Canepa and Rebecca Ghigliotto , the performance ” explores the concept of journey, travelling to a land rooted in the memories of a woman’s imagination: a land where the fire is kept alive as a sign that a home still exists.”

The text – by Julia Varley and Carolina Pizarro is built with real women’s stories, songs by Violeta Parra, Pedro Aznar , Atahualpa Yupanqui, and poems by Alejandra Pizarnik , Gabriela Mistral, Edson Pizarro , among others.

There are references taken from Chilean past and recent history seen through the eyes of three generations of women, and stories told by different Chilean women who have gone on a journey. Scenes of Chile when Pinochet’s military coup are now evoked by Pizarro, who also tells a little of her family’s story in Land Of Fire

On the performance Julia Varley said: “There is a special moment for me in the show: Carolina Pizarro is on one side of space, withdrawal, in a private corner, not showing. Her face is covered by her beautiful hair and is bent downward. She seems not to think about the viewers. She emits a long sound, half gasp, half cry. I remember Carolina made this sound in the first improvisation in blue hall where Odin Teatret started working together a few years ago. (…) In the long sound I hear despair but also resistance. ”

“Land of Fire”, the show that the audience will enjoy the Miramar Theatre, was presented at the Mixed Festival and Festival Theatre Puert @, in Chile, in the International meeting of Women for Culture at the International Biennial art in Bolivia, among other places.

Cubans around the world in 2013