Pope Francis Won’t Be Pleasing Any One Side in Cuba 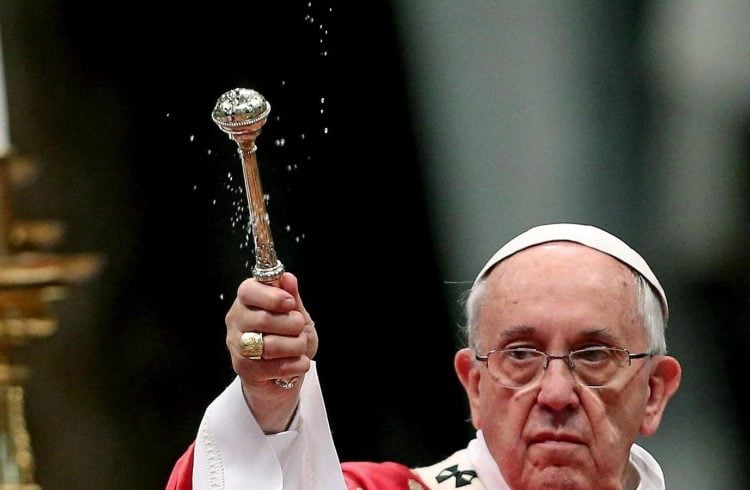 A Jesuit priest has a rather daring and provocative thesis regarding the Pope’s imminent visit to Cuba: Francis will frustrate many of the expectations of those who await his tour of the island.

“The government may be expecting his blessing for everything it is doing now, while those in the Church who do not sympathize with the government are likely expecting him to condemn Cuba’s political system. Francisco isn’t going to do either,” claims father Alberto Garcia, member of the Compañia de Jesus for more than 40 years, a priest who, following a long journey across the United States, the Dominican Republic and Venezuela, was repatriated in Cuba a decade ago.

Since then, he has worked with Catholic communities and promoted spiritual and thought exercises around the country. One is as likely to find him working with his congregation in Havana’s neighborhood of Vedado as at a gathering of social actors in Matanzas, sitting next to a Baptist pastor.

“Of his own free will, Pope Francis comes to speak to a people who are hurt and to offer them words of consolation. He comes to speak on behalf of hope,” he points out.

“Bergoglio’s appointment was a surprise for us Jesuits. Many of us had reservations at first, because he hadn’t faired too well as a provincial delegate in Argentina. Our initial reservations vanished immediately, almost as soon as, instead of blessing the people at San Pedro Square, he asked that the people give him their blessing,” father Garcia explains.

According to the priest, Francisco is leading a very long and complex struggle: “He has a curia of very conservative cardinals and he’s fighting to give the Church its human face again. His aim is very clearly illustrated in his statement that pastors ought to smell of sheep (…) I am very hopeful, because the Church needed this, but I am also very scared, because he could get in the way of a bullet any time. He’s stepped on some feet that had never been stepped on before. He’s messed with the whole of the Vatican mob, has defied powers that could do him in at any moment,” the prelate maintains.

These tensions within Catholicism also find expression in Cuba. Here, the contradictions are found between those who interact with the Cuban government, headed by Cardinal Jaime Ortega, and the refusal to legitimate the socialist project, a posture secretly maintained by some bishops and priests. According to Alberto, we should not expect the Pope to assume a balanced stance towards these conflicts.

“No activity undertaken by a high Church official like him is devoid of a political connotation, but this is not a political visit. Pope Francis comes as a messenger of mercy, as a pastor visiting the people of Cuba who delivers a message of hope. The political impact of this will be reflected in the hope he is able to give people, something which will unleash the impulse for change among those who can have an impact on society, and within the Church, later,” he predicts.

That’s why this Havana priest shares in the argument advanced by Pope Benedict XVI in his message to Cardinal Ortega (a statement he shared during his unexpected interview on Cuban television back in 2012): “The Church isn’t here to overthrow governments.”

“The aim of the Church is to move people’s consciences, so that they will work in favor of justice and fraternity. The Church will be doing its job properly when it becomes a thorn on the chair of anyone who would sit down and say: “we’ve done all we can.” While there is still injustice, hunger and lack of freedom, the Church must be a source of unease.”

Father Alberto aspires to meet with the first Latin American Pope at Havana’s Reina church, where he is expected to stop on his way to the Palacio de la Revolucion and the Cathedral. “It was the residence of Cuba’s Jesuits for a very long time, until the time the Jesuits were expelled on the Covadonga ship. Today, it is the main Jesuit-run church,” he explains.

The number of Jesuit priests in Cuba is not over thirty. A little more than half of them are Cubans and, even though they offered their services at parish temples almost exclusively for a very long time, today they have gone back to the task of “accompanying people spiritually,” something which sets their congregation apart from all others in the Catholic world.

Obama at a Crossroads with Cuba

What will Pope Francis do during his visit to Cuba?