javier
in Technologies of Communication and Media
0 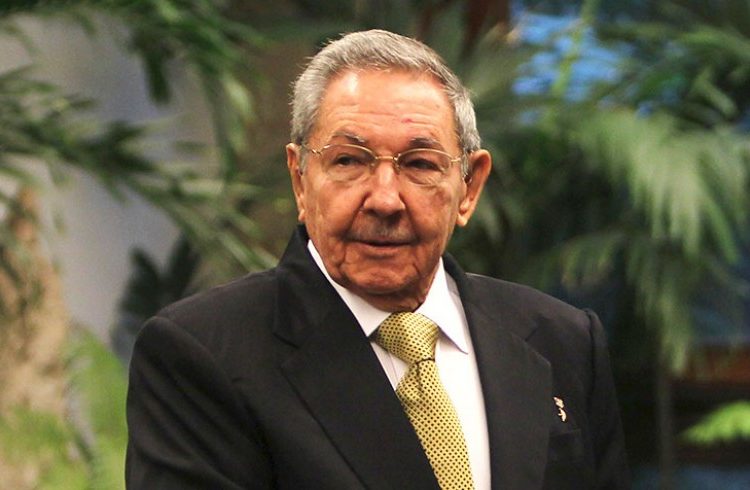 Raul Castro and Hassan Rohani don’t have much in common, except maybe that they have recently managed to reconcile with the United States. According to a report by AP, their names are included on the list of speakers who are going to address the 70th Session of the UN General Assembly on September 28th. The information has not been confirmed by the UN on its official website though.

For the first time, the Cuban head of state will take part in the General Debate, the most important meeting held by this international organization in New York, where he will be sharing the floor with close allies of Cuba, such as Russia’s Vladimir Putin and China’s Xi Jinping.

President Castro would be in New York just in time to hear Pope Francis address the UN plenary on September 25th. The following day, the president will make a speech at the summit for the adoption of the 2015 post-development agenda, and will take part as well in the celebration of the 70th anniversary of the United Nations, according to information provided by Cuban Foreign Minister Bruno Rodriguez on Wednesday.

The first day of the event, Brazilian President Dilma Rousseff and President Barack Obama will address the participants. The UN reaches its 70th anniversary amid a crisis of pending issues, in a world where high level diplomatic dialogue seems to be rendering results, as shown by the Cuba-U.S. rapprochement, or the nuclear deal with Iran.

The announcement of Castro’s participation in the UN meeting coincides with the submission and presentation of Cuba’s annual report on the economic impact U.S. sanctions and restrictions against Cuba have had over the last 12 months.

The government of Havana is very discreet when it come to the agenda of the president, and rarely announces in advance the date of arrival of the president in a foreign country. It is likely that any additional activities, in New York or anywhere else in the United States, won’t be announced until the moment they are about to happen.

The last time Raul Castro visited the United States was in April, 1959, when he travelled to Houston, Texas, to meet with Fidel Castro, who at the time was Cuba’s prime minister and was on a tour of North America, headed to South America.

No Cuban president has attended a UN general assembly since 2000, when Fidel Castro travelled to New York to take part in the 55th meeting of that organization.

As of December 2014, Raul Castro has repeatedly spoken at international events about the need for U.S. policy towards Cuba to change, in order to normalize relations with his government. He has also encouraged Obama to use his executive powers to dismantle the U.S. embargo of Cuba.

This decision to attend the UN gathering comes as no surprise for those who have been following the statements of Army General Castro. At a meeting in Bolivia, Castro joked with Secretary General Ban Ki Moon about his absence in UN meetings, saying that the reason was that he hadn’t been invited.

“One of these days, I’m going to be there and I’m going to make a speech shorter than those Fidel and Chavez have delivered in the past. I’ve never been to the UN. The Secretary General has not extended me an invitation,” he said jokingly in 2014, during an international social movement summit in Santa Cruz, Bolivia.

Castro’s visit to New York could also be a gesture to be returned by his American counterpart with a visit to Cuba. White House Adviser Ben Rhodes, one of the main actors in the U.S.-Cuba secret negotiations, has spoken of the possibility that Obama visits Havana in 2016.

What will Pope Francis do during his visit to Cuba?