byAlain Valdés Sierra
in Technologies of Communication and Media
0 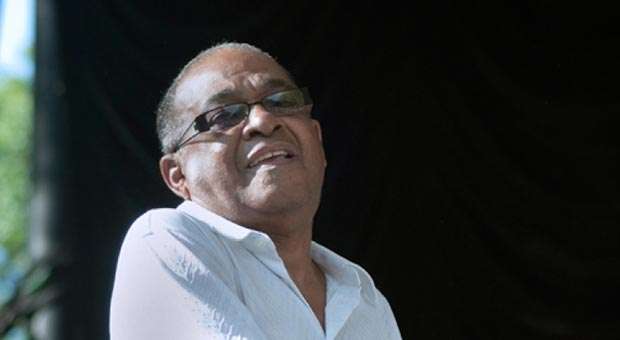 With the 2013 National Music Prize recently awarded to Pupy César Pedroso, they are still paying off outstanding debts with the popular music genre with more followers in Cuba and that this time does justice to one of its most celebrated exponents.

Pupy contributions are undeniable, there is the unmistakable sound of Los Van Van, who created this orchestra with Juan Formell and José Luis Quintana, Changuito, and the commendable work he has developed leading his group Los que Son son .

The chance to converse with Pupy allows to take a tour of the last five decades of popular dance music , with all its flaws and successes, its high points , and allows a fairly complete overview about the paths that follow the genre today that , that as he told OnCuba , is in need of greater visibility.

The popular music has incalculable force in our country, he said, is a much underutilized resource. I have had the opportunity to visit other countries on several continents and seen as national rates over any foreign fashion, but in Cuba the music consumption has been met by these trends at the expense of our cultural values.

The Cuban genres have always lived with the rhythms of foreign fashion but the work of our musicians are prioritized , and we have to recover it, the audience here is our work and the sample is in the big dances, attended by thousands of people.

The work of Cuban orchestras need for greater visibility and accessibility to all audiences, concerts cannot be just in the Houses of Music, important celebrations and national tours. For example, only in Havana there are many little used facilities that could be used by the popular dance music, and the rest of the country it’s the same, the orchestras only play in carnivals or they pass through on their national tours, and ultimately that’s work and defend our identity.

Very few countries have our musical power, and not only in the popular. We have a huge pool of talented artists who defend all genres, and our art schools graduate youngsters of stunning quality that have much to offer , as an example we have the Jojazz Festival from where musicians like Rolando Luna, Alejandro Falcon, Rodney Barreto and many others have emerged.

You are defined as a follower of the best traditions of Cuban music, how much of them are in your current job?

The music and traditions comes from my family, my dad was a pianist, and was part of the Sensation and Chapotín orchestras, and my grandfather had his own group, called Cuba, so since very young I got caught up in this world which then would be mine.

As a child and teenager I went through various youth ensembles while doing my music studies at the Conservatorio Amadeo Roldan, during that period I came to replace my dad in Chapotín, which was a great school and at 19 I became a member of La Reve.

My time in this orchestra was very important to me as a musician; I matured and learned a lot, I expanded my horizons. It met Juan Formell and together we began to compose and arrange together, as we had several hits like Qué bola, qué bolón, El martes, and others.

Formell had very innovative ideas, it was something that was completely out of what he was doing and when he decides to form his own orchestra I felt free to follow .

Over more than 30 years in Los Van Van …

A lifetime, and a family, I owe a lot to Formell , I learned a lot from him for so many years in the orchestra. He always recognized my work, to the point of saying, on more than one occasion, that I was ready to lead my own band.

The ideas Formell brought when we started with Los Van Van were very bold , for example, the movements that wanted me to do with the piano were unlike anything I had done before, and it was so revolutionary that I even came to doubt the success project , luckily time proved otherwise.

The trio formed Formell, Changuito and I worked on the basis of what was written by Formell , who already had it clear what the songo would be, had defined it very well what each instrument had to do, especially the piano and percussion.

Most of the compositions and arrangements that were made in Los Van Van were Formell and mine, but always with marked differences, although the end result would sound Van Van . There are many songs of the band where you can differentiate how each of us compose and arrange.

Despite the inevitable influence of 32 years in Los Van Van you have managed to create a unique sound, how did you do it?

When I leave the orchestra I try to become independent in terms of sonority. In los que Son Son I did not include flute but the trumpet , unlike Van Van, the idea may sound different but not completely let go of the way I thought and created music for over three decades. Another skill that I used was not to interpret the success of Los Van Van, with the exception of Qué cosas tiene la vida, and I think it worked. People recognize us, Los que Son Son has its seal, its sound is unmistakable and that is very important because it is the result of our work.

There was a time in Cuba, when the so-called boom of salsa, which were many orchestras but from a musical point of view did not differ between them , luckily , in the end, were you have a really solid job as NG La Banda, Adalberto Álvarez y su Son , Manolito . The Cuban dancer is demanding and intelligent, and when they choose a band is because it really does a good job .