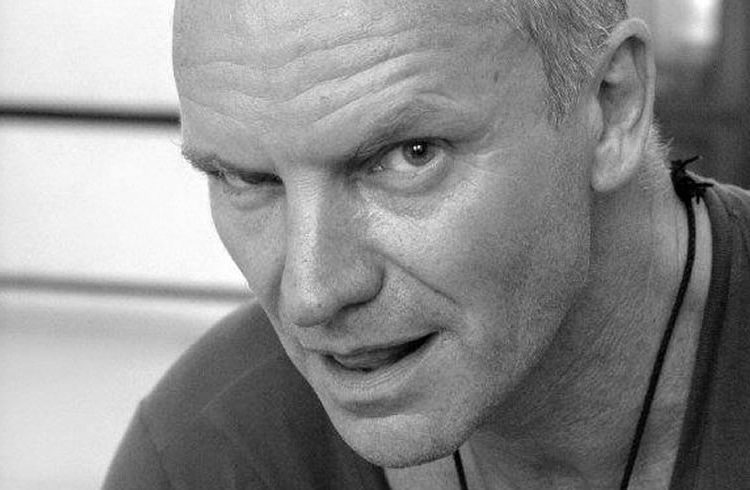 Gordon Matthew Thomas Sumner, Sting, visited Havana in mid-January, 2007. It was a private trip, but he didn’t hide away in his hotel room, or walked around in a punk costume, or docked a yacht at the Hemingway Marine.

He didn’t want any press, but he accepted to be introduced to several Cuban artists, visit their houses, and have lunch or dinner with them. And he got help when he said that he wanted to learn to dance casino.

Cuban photographer Ivan Soca accompanied Sting almost all the time during that visit. Soca has recently “declassified” some of the pictures he took of the British musician, a former member of The Police, and one of the artists who could soon perform in Cuba now that the thaw has started.

Guitar player Dominic Miller, who has worked with Sting since 1991, launched his disc “Made in Cuba” in October 2015 in Havana, along with Manolito Simonet, and mentioned Sting’s interest to perform in Cuba.

“I was recommended to be his photographer and he accepted,” said Soca. “I always keep my distance from the subject I’m taking pictures of; it’s a good way to give them confidence, and in the end they always approach you and are more open.”

Soca said that he joined Sting for seven days: “From breakfast to the moment he went to bed at the Santa Isabel Hotel in Old Havana.”

“We went to La Bodeguita del Medio, to the Club Habana, where he met some musicians; to Mirtha Ibarra’s house, where he had the chance to talk to theatre people; and to the house of Roberto Fabelo, where he met with visual artists”.

“We went on quite a tour of Old Havana in a horse-drawn carriage. A drunk man recognized him, and asked me if that was Sting. I told him it wasn’t, but the man wouldn’t give up. Sting realized that he had been recognized and told me: “Let’s go.” Then the drunk guy grabbed me by the arm and told me: “Say what you want, but I’m sure that’s Sting.”

Ivan Soca did not remain in touch with Sting after that trip, but he says that if he were to visit Cuba again he would sign up to be his photographer in Havana. “I’d love to. He’s a man of a tremendous sensibility. He let me get close to him. He never said no to any of the pictures.”

“We talked only at the end of his visit, when he asked me to give him some of the pictures, and I gave him all the pictures, of course. He told me to print some of them to see them in print, and it was then that I printed the 12 pictures in black and white that I’m publishing today. It was kind of him to sign some of the pictures for some of my friends, Rochy Armaneiro, Darsi Fernandez… They keep them as treasures.”

“I have a friend, Lancelot, who painted some canvases inspired by one of those pictures. They’re magnificent. I have them in my studio.” 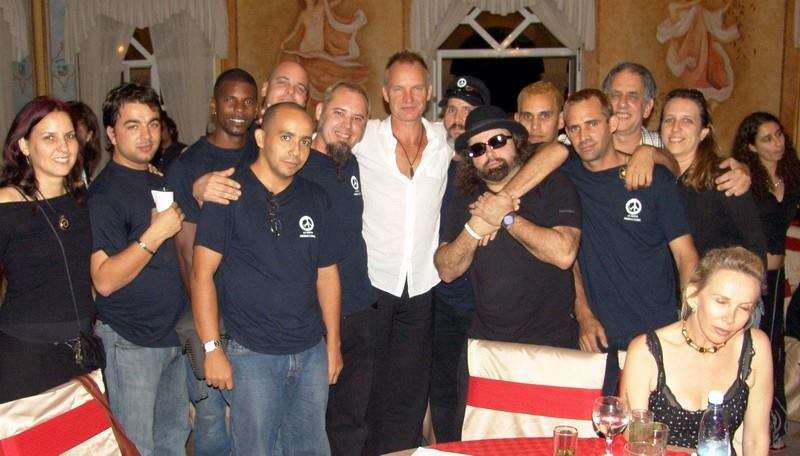 The Rolling Stones claim to have gathered 1.3 million people in Havana for their concert, and although some people think the figure may not be that high, nobody questions that it was an extraordinary event. What would happen if Sting performed in Cuba?

Sting is one of the best known foreign musicians in Cuba, a golden sex symbol who was never “forbidden”, and who would undoubtedly gather a large crowd if he decided to come to the island.

Mr. Reagan says we will protect you

Believe me when I say to you

I hope the Russians love their children too.

Is if the Russians love their children too.

The long and happy life of Buena Vista Social Club