javier
in Technologies of Communication and Media
1 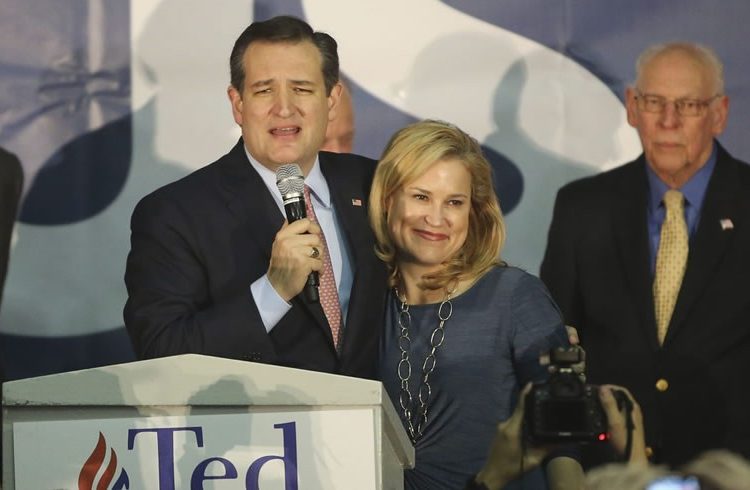 Texan senator of Cuban origin Ted Cruz beat magnate Donald Trump with 27.7% of votes from the republican electorate present in the caucuses or nominative assemblies held in the state of Iowa, the first stage of nominating the presidential candidates for the main political parties of the United States.

His victory put paid to the myth created by the polls regarding the popularity of Trump, who finished second, with 24.3% of the slips.

Another Cuban-American senator, Marco Rubio, was hardly a point behind. He fulfilled expectations: third place with 23% and significantly ahead of the other, less fortunate, hopefuls, like the ex-governor of Florida, Jeb Bush, or neurosurgeon Ben Carson.

Rafael Edward ‘Ted’ Cruz was the first politician in 2015 to present his candidacy at the White House. With this victory he began his journey to his party’s nomination, but he will have to conquer other states.

Wining Iowa has a symbolic weight. It offers him visibility and recognition among the Republican electorate at the beginning of his electoral career, although it is not a determining factor during the rest of the process. Neither John McCain (Republican presidential candidate in 2008) nor Mitt Romney (in 2012) had any luck in the state with a defeat that had little influence on his successful later performance. In 1980, Ronald Regan lost Iowa to the man who would later be his vice-president and presidential successor, George Bush (senior).

The Republican National Committee has already signaled that they are preparing for the eventuality when none of the hopefuls win enough states to win the Party’s nomination in the primaries. In the event that this strange eventuality should occur, the selection of the Grand Old Party’s (GOP) presidential candidate will remain in the hands of the National Convention, where the delegates chosen in the primaries, along with the politicians that represent them will unite.

An event like that has not been seen since 1976. That year Regan unsuccessfully tried to snatch the Republican nomination from the then-President Gerard Ford.

Over the coming weeks, Ted Cruz, Donald Trump and Marco Rubio will have to demonstrate their leadership to the party electorate twice more, in the states of New Hampshire and South Carolina. The polls tricked Trump, but they did not fool Rubio, whose campaign hoped to survive long enough to reach third place in the race to the top of the Party’s presidential nomination.

Ted Cruz’s position with respect to Cuba is the standard conservative line against normalization, but without emphasizing it as much as his rival Marco Rubio. At the inauguration of the U.S. Embassy in Havana, Cruz’s voice joined the choir of Republicans critical of the reestablishment of diplomatic relations, pointing out that President Barack Obama preferred to open a diplomatic post in the Cuban capital but not in Jerusalem, de-facto capital of the State of Israel.

Ted Cruz is 45 years old, born in Canada, son of a US-citizen and a Cuban, Rafael Cruz, from the city of Matanzas who travelled to the United States in 1957 to study in the University of Austin (Texas) and stayed in the country after the triumph of the Revolution led by Fidel Castro. The senator’s place of birth is a point of controversy, reopening the debate regarding if citizenship by birth (one of the constitutional perquisites to be President) is obtained in the territory of the country or through, at least, one of the parents.

His Cuba heritage forms part of his campaign’s narratives, but without becoming a pretext for a foreign policy plan, like Marco Rubio. His father, Rafael Cruz, is said to have fought in the 26th July Movement, an organisation led by Fidel Castro in the fight against the dictator Fulgencio Batista in the second half of the 1950s. The daily The New York Times sent a reporter to the island with the aim of verifying some of the revolutionary stories Cruz senior makes reference to. They discovered that his contemporaries refuted the anecdotes told in the books, the discussions and the interviews in the press.

As a US politician of Cuban origin, Ted Cruz is almost a stranger among his peers with similar heritage. Until his election, legislators with family from the Carribean’s largest island came from the electorates of the south of Florida or from New Jersey, whose Cuban communities now have two senators and four representatives in Congress.

Among his credentials is the fact that he is politician that is markedly opposed to Obama and less cooperative than Marco Rubio, who at least collaborated with Democrat colleagues in the Senate to sponsor a migratory reform. He is against the health reform promoted by the current Administration, but applied for medical insurance through the same system because, in his words, “that’s the law”.

A graduate of Harvard and Princeton, he gave classes in the Law School of the University of Texas. He worked as Solicitor General in the same state along with the then Attorney General and now Governor, Gregg Abbott, who travelled to Cuba in December 2015 on a trade mission.

Ted Cruz is seen as a candidate from the conservative Tea Party movement, but not from the establishment or republican elite: that position belongs to Marco Rubio.