The Fiesta del Fuego is back, this time to the beat 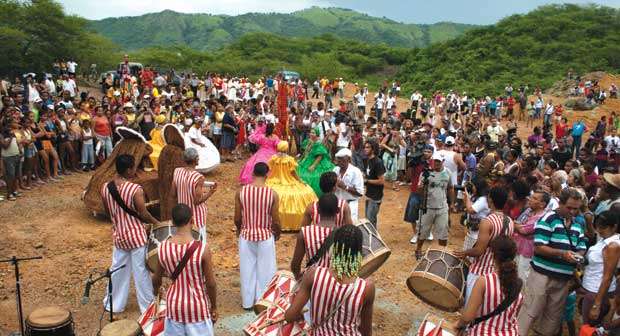 The Caribbean Festival, also known as the Fiesta del Fuego, is an international event that brings together the most diverse elements of popular culture and groups that preserve the traditions of a whole region, and it is held annually in Santiago de Cuba. It is a point of convergence for the different cultural expressions of our peoples, through art, literature, crafts, and scientific and religious knowledge.

From July 3 to 9, this year’s festival, the 33rd, will be dedicated to the Colombian Caribbean, and will feature a delegation of more than 150 people from that country, including the outstanding folk singer and dancer Toto la Momposina (Sonia Bazanta Vides); a group from the Baranquilla carnival, a UNESCO World Masterpiece of the Oral and Intangible Heritage of Humanity; and well-known poets, storytellers, visual artists, anthropologists, and exponents of Colombian popular and traditional culture.

In more than 50 venues, including parks, theaters, plazas, avenues, and other alternative spaces, many parades and artistic galas will be held, along with art exhibitions, concerts, dance and theater presentations, magical/religious ceremonies, and poetry readings and storytelling sessions. In addition, the important “The Caribbean that Unites Us” International Colloquium will be held, a moment of academic reflection on the cultural and patrimonial history of our region.

To the beat of vallenato, cumbia, son, and mapalé, the 33rd edition of the Fiesta del Fuego will feature, artists and intellectuals from more than 20 nations in addition to Colombia, including Venezuela, Curacao, USA, Mexico, Argentina, and Suriname.