by Mildrey Ponce
in Technologies of Communication and Media
0 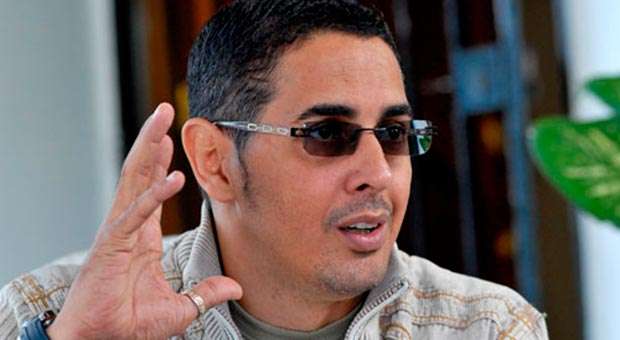 ¨Vuelos prohibidos¨ is the title of the new film by Cuban filmmaker Rigoberto Lopez, which by these days is in its shooting process in Havana, after the first scenes of this movie were already filmed in Paris.

During the first day of shooting on Cuba, OnCuba visited the film set in the lobby of the Melia Cohiba Hotel, to talk with Lopez and the main actors of the film.

“This is my first film and I hope to be the last one, Fernández said”. “It has been a different experience to everything I had done all over my artistic career. I feel myself very happy with the work we are doing, but the shooting process was really tough in France, mainly due to climate setbacks and because at that time I was making the final arrangements for the release of my latest album that is called ¨Abre que voy¨. It was like shooting a movie within other, due to the inconvenient we faced. We spent a whole month shooting in Paris”.

Known popularly as Paulito FG, the musician stated he came to the movie from the interest of the director, who contacted and asked him to read a scene of the script, reaching thus Lopez’s approval. After leaving Paris along with part of the filming staff, Paulo received advices and training during 15 days from the famous Cuban actress Blanca Rosa Blanco.

On his character, the leader of the Cuban orchestra that bears his name, recognized among the best in the country, advanced it is a photo reporter who makes documentaries for cinema and TV.

Moreover, the French actress Sanâa Alaovi, who is in Cuba for the first time, noted she was satisfied with the movie and her character, Monique, with which she shares many common points. “Rigoberto has given me a very tough gift because it is the first time I speak Spanish. It has been a very intense experience; he has been a very demanding director but he also has a great heart”, she noted.

According to the author of ¨Roble de olor¨ (2003), Vuelos prohibidos is a love story which takes place between Havana and Paris, which in turn intends to reflect on various topics of current Cuba.

The filmmaker, about his interest on the film to be starred by the famous Cuban musician, said that Paulo will be a fresh face within Cuban cinema; to embody that character I thought in distancing it from the image Paulo has projected of himself, from that of people have of him”.

The film will also use as locations several scenarios of Havana such as La Punta Castle, the intersection of Prado and Malecon Streets, Cira Garcia Hospital, Galeano Music House, as well as a tenement building.

Alvaro de Marichalar and his wife share a jet ski in a U.S. – Cuba trip