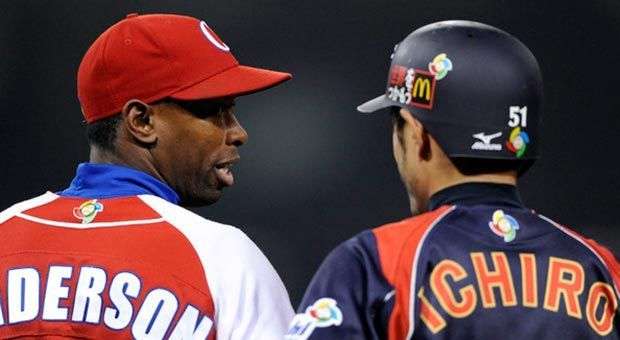 The Japanese team Yomiuri Giants reached an agreement with the Cuban baseball player Leslie Anderson after a month of talks. The news was revealed on Saturday by the Venezuelan newspaper El Universal on its website. Anderson will take the mandatory medical tests on Wednesday in the United States. So far, the terms of the contract have not been published.

Leslie was playing in the Venezuelan Winter League with the Anzoategui Caribes, current leaders of the tournament. In 43 games he had an average of .325 (54 for 166), with four homers and 27 RBIs. The previous season he wore the jersey of the Magallanes Navegantes in 28 games.

Anderson is the third Cuban player signing with Japanese franchises for the upcoming edition of the NPB. In November Havana’s Barbaro Canizares was signed by Fukuoka Sofbank Hawks, and in late October the Nippon Ham Fighters took the services of Pinar del Rio´s Juan Miguel Miranda. This organization also includes Matanzas´ slugger Michel Abreu, who had an excellent performance last season, by leading the Pacific League in homers with 31, in addition to 93 RBIs and an average of .285.

The Yomiuri Giants are the most representative team of Japanese professional baseball, as New York Yankees in MLB or Industriales in Cuban classics. The franchise, founded in 1934, is the highest winning titles in Japanese baseball.

They won nine times, between 1936 and 1949, the first circuit organized in the country, the Japanese Baseball League. After the restructuration that led to the current NPB, the Giants became part of the Central League, where they achieved 35 titles, including last season (2013). In addition they have also won 22 scepters of the World Series.

Their stadium is the spectacular Tokyo Dome, fully covered and with capacity for 55 000 fans. Among the players who have integrated their rosters highlight the legendary slugger Sadaharu Oh, as well as Hideki Matsui, Koji Uehara and the current icon Shinosuke Abe.

Leslie participated in Cuba in six National Series and two Super Leagues. His numbers include him among the best left-handed hitters in the period. In 864 games he had an excellent average of .326, amassed 1019 hits, including 184 doubles and 92 home runs. In the 2008-09 season, he ended with astronomical average of .381, 13 homers, an OBP and OPS of 490 and 1062 respectively. Defensively he played in all the three outfield positions and at first base.

With the Cuban national team he won the 36th World Baseball Championship held in 2005 in various cities in the Netherlands. The following year he was part of the squad that finished second in the 1st World Baseball Classic. In the second edition, in 2009, he was also present.

Anderson left Cuba in 2009. In early 2010 he signed with the Tampa Bay Devil Rays. He spent all time in the minor league system of the franchise. In Triple A he played with Durham in the International League. In four seasons he had an offensive average of .295. In 386 games he totaled 431 hits, 43 of them were homers. This 2013 he had outstanding statistics during spring training with the Rays (22 games, .396 AVE), but in the end he was not included in the roster of forty players summoned for April.

Alvaro de Marichalar and his wife share a jet ski in a U.S. – Cuba trip