We’ll have more Vampires in Havana 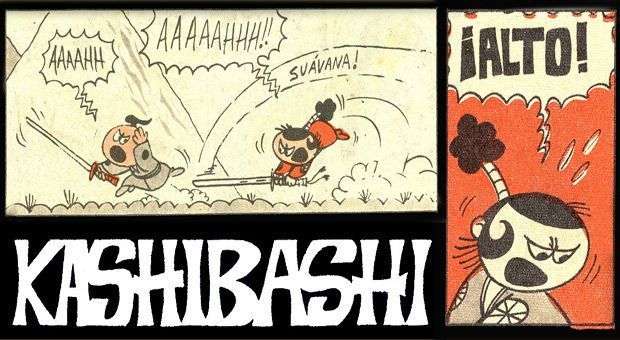 Juan Padrón is already thinking about a third release of ¨Vampires in Havana¨. “It will be a prequel that will tell what happened to Pepito before he discovered he was a vampire. The director of Star Wars copied my idea, “the renowned Cuban cartoonist and screenwriter said laughing during a tribute held last week in Old Havana with the opening of the exhibition ¨El otro Padrón.¨ This proposal brings together some of his cartoons published between 1965 and 1979 and was organized by Impresiones project, led by curator and art critic Caridad Blanco.

Padron, besides talking about Vampires in Havana III, said that he already has in mind a new adventure of Elpidio Valdés: “I want to make the cartoon before the movie and one of the topics will be the pneumatic cannons used by mambi rebels. It will also deal with the so-called ” majases”, who were men that left the fight and got into the bush to avoid fighting. This time Elpidio convince them to help him on a mission . “

But the plans of this artist who has made laugh out generations of Cubans with his jokes do not end there. He is already mulling over the script of a film which star will be Tapok, a primitive man created in the 60s of last century. He said that the film will be about the removal of the character from his tribe and his attempts to form a new one. ” All that is mixed with science fiction, but I will not give many details so you do not think I’m crazy ,” he slyly stated.

Have you received negative reviews about the movies of the Liberation Army colonel? “Yes,” he replied. “The girls were their first detractors. They complained because there were no female characters in the story. I created to Maria Silvia and Eutelia from their suggestions. You must cater equally to viewers of both sexes. “

He also noted that other people, “and important ones,” reproached him having conceived the ¨panchos¨ (Spanish soldiers) as beings of poor reason. “To this remark I always answer that I had two choices: I could represent them as men who murdered many Cubans, who at times like in Weyler´s Concentration had the idea of exterminating us as people or as I did, I could depicted them as fools. Each time I gave that answer, the second variant won “.

On that evening of confessions, Padrón also referred to his strategy of always start a play by the end. “I think this is the most important part of the story and sometimes we forget it. If you do not have an end, you have nothing. In my case, after finishing the last page, then I start drawing the rest. This way of creating has always brought me good results.”

To satisfy the curiosity of those who asked him how did Elpidio emerge, he answered that it was through samurai Kashibashi, another of his early characters. The strokes of one inevitably remind the other, only that the katana was changed by a machete: “At first only lines came up and then it took shape, and it was enriched over the years. When this mambi emerged he was a little crazy, but as he later became Colonel, I had to make him more serious. “

Although it was fate which took him to the rebel mambí, dedication and research allowed him to mold him over time. He was always very clear that although it was a fun story, it should be plausible in terms of uniforms, weapons used both by mambis and Spanish armies, the life they lived, so he made a lot of research, read several war diaries. He recalls the entire searching process took him about six years.
Padroncitto – as he signed by those years before meeting Elpidio Valdés, conceived other comic characters who currently are not even remembered by those with gray hair, not to mention youth people, who have not even heard their names. His most famous characters from this period are the alien Barsoom from Mars, the being from the hole, the aforementioned Tapok and samurai Kashibashi and his series Vampiros, Verdugos, Piojos, Comejenes, Cerbatanas, Abecilandia and Zooilógico, published in the magazines Muñequitos and Fantásticos and in the supplements El sable, La Chicharra and Dedeté.

Although undoubtedly the cinematographic work-which also includes Filminutos and Quinoscopios-is what first springs to our mind when we hear his name, Juan Padrón also occupies a unique place in the history of Cuban graphic. What a pleasant surprise to discover that after 30 years, the philosophical reflections of two lice that are wondering if there will be life on other heads or an executioner who wants to learn about mental torture can still get us laughing.