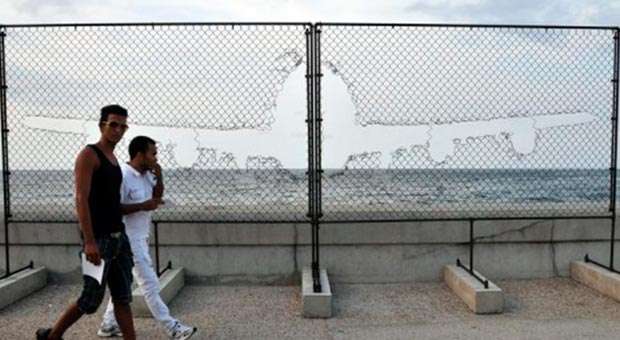 Just 30 minutes will separate Key West and Havana from next November 15. Since then, and after 51 years without direct passenger flights, they will resume operations between the two places.

This company, based in Miami, will join Air MarBrisa to jointly operate the airline which will have a small fleet of small twin-engine aircrafts, which will cover the journey between the two cities, near in history and far today for political reasons.

To undertake the project the Key West International Airport, closer U.S. territory point to the Cuban coasts, has made infrastructure investment totaling nearly 2.5 million in the last four years.

In 2009 the then director of the facility, Peter Horton, applied for a special permit to the Treasury Department of the United States to resume flights between the two airports, barely 144 kilometers apart. These trips, established since 1920, were constant until 1963.

The re-establishment of flight services occurs just in the year that marks the centenary of the first flight Key West – Havana, ​​which made Cuba the first international destination for American aviation.

If realized happily this initiative would be the first to benefit Cuban American residents in that city, who currently must travel to the Miami airport to embark for Havana, adding more inconvenience and unnecessary expense to their visits to Cuba.

The initial price of the round trip ticket will range between 449 and 469 US dollars, Valdes explained and told EFE news agency: “We’re thrilled to be able to provide this service to the Cuban community with flights from Key West after 50 years.”

Thus Key West will join the five airports, from Florida, that have the authorization of the U.S. government to make direct flights to Cuba. The other airfields are Miami, Orlando, Fort Lauderdale and Tampa, which share this prerogative with New York, Boston, Los Angeles, Chicago, Baltimore, New Orleans, Atlanta, Pittsburgh and Dallas / Fort Worth, all within the continental territory of the northern nation.

That May 17, 1913 nothing seemed different in Havana. The old colonial city, where people could still feel in a certain way the rigors of war , was not yet ready to understand the progress of the world beyond its shores .

The entrance to modernity, urban development plans and health implemented by U.S. forces since the military occupation of the island in 1898, still were not very clear in the minds of a people who still couldn’t find themselves among the ruins of the memory.

Just that day, a May day like any other, one of those days that are chosen by chance and not for strategic reasons, Domingo Rosillo de Toro revised until the last details of his monoplane and before the incredulous eyes of all took off in Key West. His goal: Havana.

Many had considered him crazy or a simple lunatic who did honor the sign Maximo Gomez had put on the head of those born in this piece of land. However, on May 17, 1913 Domingo Rosillo raised the nose of his plane before those who, from the ground, saw him disappear in the sky.

His arrival to Cuban soil had to be triumphant. I say should because little is known about it these days among his countrymen. The Havana man that first joined the two countries by air has not gone any further than being a historical curiosity, one of those who manage to boot expressions of doubt.

Imagine the sight of passersby to see the ship metal flying over the Havana skies, the Galician people leaving the inns and wineries, the kids running around the streets as they have always done, the ladies of the Paseo del Prado closing their umbrellas in a hurry to get a closer look…

I also imagine that Dominic should be received as a hero, Cubans have always liked the bombast. But everything is in the imagination, there is too much data, the time has swallowed the story of the first man who set an air bridge between Havana and Key West for more than a century, while, on both sides, many are still looking at infinity.

We’ll have more Vampires in Havana