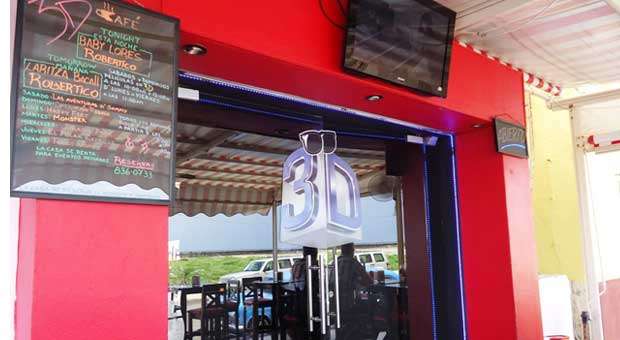 Private 3D cinemas in Cuba will be closed by decree, or at least for a briefing note, signed by the exclusive Executive Committee of the Council of Ministers. The text, published in the pages of the official Granma newspaper, specifies that “the cinematographic exhibition (including 3D cinemas) and computer games rooms will immediately cease any private activity.”

The Government indicates that these particular business “have never been authorized”, a phrase that appears in bold letters. Some owners of the cinemas operated under license “children’s recreation equipment operator,” since the exhibition of films is not a recognized activity in the legislation regulating private enterprise in Cuba.

The note focuses its weight in explaining the decision to prevent self-employed people from selling imported goods or the reselling of items purchased in bulk from retail chains belonging to the Cuban state. The measure affects mostly unpopular “resellers” and those who sold clothes brought from abroad.

However, the inclusion of 3D cinema comes as a surprise. The owners of the cinemas were less fortunate than the rest of his colleagues, who have until December 31 to liquidate their inventories.

There were signs that predicted this news.

First Deputy Minister of Labor and Social Security , Marta Elena Feitó Cabrera had already declared to the Juventud Rebelde newspaper that “there is not an activity among the authorized ones to exercise self-employment that includes film screenings, whether in 3D or in another format . “

One of the Deputy Culture Ministers, Fernando Rojas, had strong words towards owners of these businesses now closed. “What I notice is that, as a rule, a considerable part of the people who have enough financial resources and therefore the means for setting up a 3D room has a terrible taste – through which they earn more money, even though there is no legal concept that protect him to be able to do such work. “

However, Rojas spoke to regulate, rather than prohibit, but within “the established cultural policy.” The Vice Minister of Culture said that this policy requires that quality rules in Cuban cultural consumption.

President ICAIC (Cuban Institute of Cinematographic Art and Industry), Roberto Smith went further, saying: “Without being categorical, I would say that there can be no legal recognition to an activity that violates the cultural politics of the Revolution, it does not mean that there cannot be forms of production not related to the state for cinema exhibition. “

Once closed these private projection room, those who want to see a movie in three dimensions must go to a small screening room, state-owned at ICAIC headquarters, located in Vedado.

The information notes that the decision falls within the government campaign of order, discipline and demands, launched by President Raul Castro in his speech of July 7, 2013 at the Cuban Parliament.

Although this is an obvious setback in self-employment that is not the government’s view, which states that “it is not, in the least, to take a step back, on the contrary, we continue to advance decisively in updating the model Cuban economic.”