Who made the Habano Man?

cecilia
in Technologies of Communication and Media
0 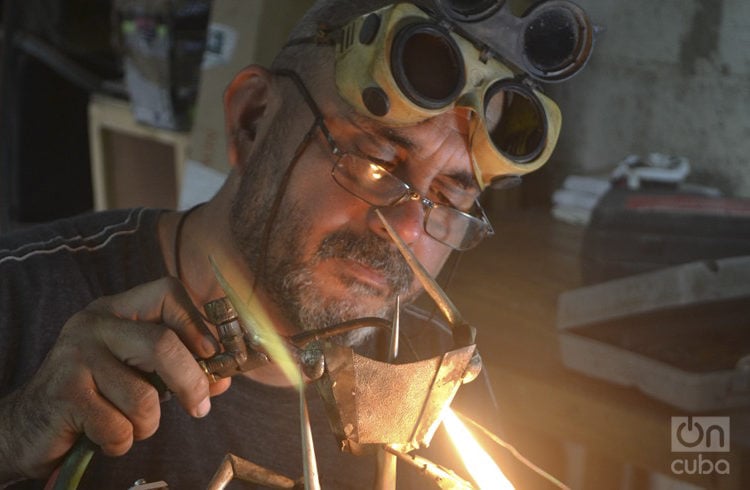 The most important honour that the tobacco world confers every year is, without a doubt, the Habano Man.

The International Habanos Festival culminated its XVII festival with the awarding of the coveted prize which makes its way into the hands of the best of the cigar world every year.

There are three categories. This year in Production, the deserving Manuel Tuero, in Business: Dominique Gyselinck, while in Communication the winner was Valerio Cornale.

Created two decades ago by the recognised sculptor and metalsmith Raúl Valladares who was inspired by the winners’ personalities, this prize is considered the “Oscar” of this area. These sculptures, over 30cm high, made of sliver, are hand made without any mould, are unique and made using millennia-old metalsmithing techniques.

They vary from one another, although they maintain the essence, and are treasured by diverse personalities. The first Cuban to hold one was Abel Expósito, from the Partágas Cigar House.

Valladares has the heart of a tobacconist, he carries it in his blood, like his father and his grandfather. However, this artist, without being one, managed to follow the tradition in a certain way. Perhaps though these prizes, or via the exclusive humidors that he manufactures, this creator is linked to the glamourous world of tobacco. 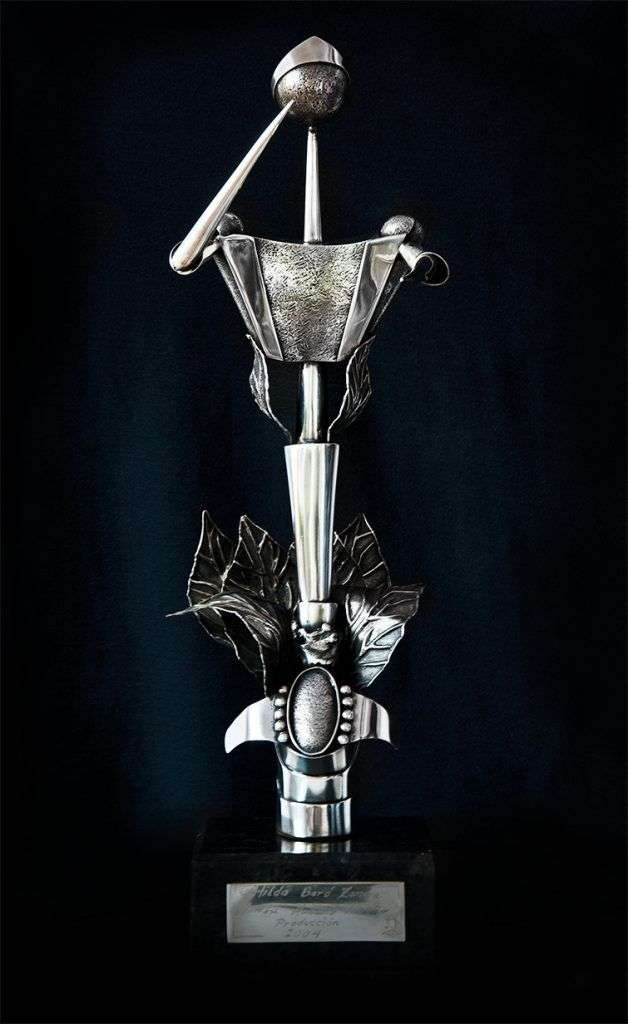 Valladares’ style is evident in each one of the pieces that he creates, from a small ring though to a large-scale statue. This artist only makes humidors for very special occasions. He is the creator of the humidifiers for Cohíba, the emblematic brand that suits his daring style. The temples for the cigars that he has made are far removed from the ordinary, they are exotic, elegant, imaginative, and transgressive. Large scale and with bold designs, women’s sensual high heels have become his source of inspiration for Valladare’s humidifiers. For him, they symbolise the sophistication and elegance of the captivating world of tobacco. His artisanal of volumes of zoomorphic and humans forms, cartilaginous curves, futuristic compositions, fantastic and unusual metal marvels are fused with cedar in a display of best den for, and art of, the Habano.

“When Habanos S.A made the call for creating the prize in 1995, all the contestants, as usual, took sketches of their proposals. I took a risk and arrived with the sculpture already made. It was worth it. Those were difficult years and the Habano man travelled all around the city in a backpack with me on my bike. This prize has given me a lot of satisfaction and the men of the world of Habanos were my principle points of reference. The statue represent them.

It is a stylised gentleman and his figure evokes that of a Habano. The man is smoking, but not in an obvious way, I prefer to just make suggestions. Putting a cigar in his hands would have been too figurative and obvious, I wanted it to be slightly abstract and suggestive, like my work. Each year I think it’s more attractive. Before, the statue was more naïve in parts, but with time I have perfected it. Although his presence is the same, the Habano man has matured with me. I am a better sculptor than before”, the artist said to OnCuba.

The all-silver statue, has also grown in size. His height has passed the initial 35 centimetres and he now stands on a more sophisticated pedestal. “Before, the base was granite, but now it’s marble and wood, materials that have a greater elegance and beauty” explained the self-taught artist.

Valladares is already planning the Habano Man for next year, different, sophisticated and elegant to pay homage to the three key figures of the forthcoming festival.

The gala and closing dinner of the 2016 Habano Festival featured among its invitees the Uruguayan singer-songwriter Jorge Drexler and the pianist Chucho Valdés.

How many American presidents have visited Cuba?