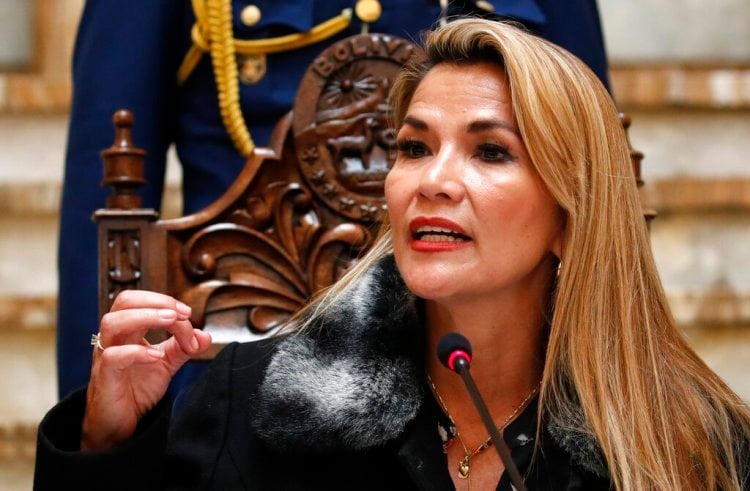 The interim government of Bolivia announced this Friday that it was suspending diplomatic relations with Cuba as of this date, due to the “the permanent hostility and constant grievances” of the island’s government.

According to a statement from the Bolivian Foreign Ministry, this decision is also due to the recent and “inadmissible expressions of Foreign Minister Bruno Rodríguez Parrilla” against the “Bolivian constitutional government and its democratic process.”

Bolivia’s embassy in Havana will stay open, although the ambassador and other diplomatic personnel are expected to leave. The only officials who will stay are those in charge of procedures to serve mainly Bolivian students in Cuba, according to Núñez.

However, the agreements between both countries are paralyzed, he stressed.

The Bolivian Ministry of Foreign Affairs explained that the suspension of relations is a measure similar to the rupture, except that a minimum diplomatic representation will remain in Havana, the staff is not completely withdrawn, to attend to “humanitarian affairs” of Bolivians with family in Cuba.

The suspension of relations is announced one day after Cuban Foreign Minister Bruno Rodríguez described the speech of Bolivian interim president Jeanine Áñez as “vulgar lies” of the “self-proclaimed coup.”

Rodríguez was referring to the speech by the provisional president last Tuesday on the occasion of the Plurinational State Day of Bolivia, in which she stated that, with the departure of Evo Morales from power, Bolivia was freed from “a fate like Venezuela’s” by ending “violence” and “corruption.”

Áñez accused Morales of having concealed that payments such as those made to Cuban doctors in Bolivia served to finance the government of the island that “has subjected and enslaved its people,” she said.

Relations between the transitional government of Bolivia and Cuba have been tense since the interim president gave a radical turn to foreign policy with respect to Morales’ stage, to distance itself from the political allies of the former president, including Havana.

The executive presented Cuba with a complaint about the alleged involvement of members of the Cuban medical brigade in social protests in Bolivia, and arrested four of them on suspicion of financing the protests in favor of the Movement Toward Socialism, Morales’ party. Dr. Yoandra Muro, head of the brigade, was also arrested.

Cuba denied any involvement of its health workers in the riots and demanded evidence, the release of the detainees and guarantees for the safety of all its personnel.

After days of tension, the Cuban government decided to withdraw the more than 700 doctors who worked in the South American country.

Cuban resident in Miami accused of threatening to kill gays, Afro-Americans and Latinos