The Cuban government’s reaction came in a tweet from Foreign Minister Bruno Rodríguez, who described the election at the head of the IDB of a strong critic of Havana and promoter of a hard line towards Cuba, Venezuela and other nations not favored by Washington as “offensive” for Latin America and the Caribbean. 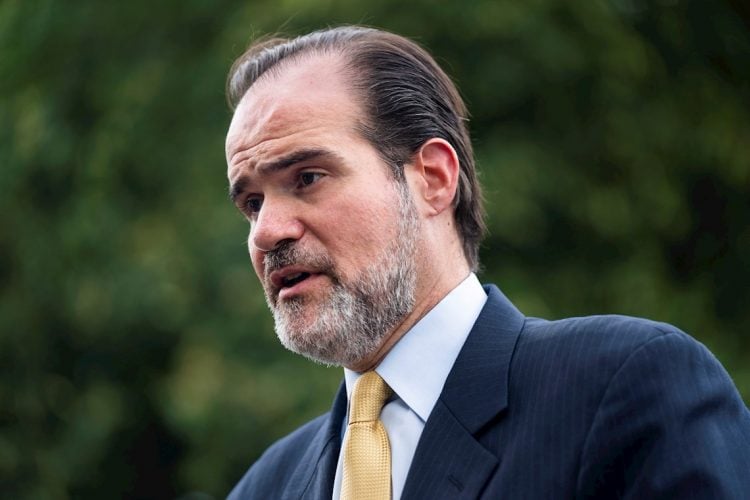 Cuban-American Mauricio Claver-Carone, advisor for the Americas to U.S. President Donald Trump and defender of the roll back in relations between Cuba and the U.S., was elected this Saturday as the new president of the Inter-American Development Bank (IDB). On October 1 he will become the first leader of the institution who doesn’t come from Latin America.

Claver-Carone, who for two years was the visible face of Trump’s policy towards the Latin American region, took over the reins of the institution in a secret and online vote of the IDB’s Board of Governors, to which he was the only candidate.

“This victory is for Latin America and the Caribbean,” said the elected official in a statement sent to the EFE agency shortly after his election, also confirmed by the IDB in a press release.

Thus far, Trump’s advisor alluded to the controversy generated by his candidacy, which broke with the tradition of always placing a Latin American at the head of the multilateral institution based in Washington, an unwritten norm that had been fulfilled during the 61 years of the Bank’s history.

His election ended three months of debate on the replacement at the IDB, chaired since 2005 by Colombian Luis Alberto Moreno, and the frustrated attempt by several countries to postpone the vote until March 2021, when there is a possibility that Trump―who nominated Claver-Carone―will have stepped down from power.

The Cuban government’s reaction came in a tweet from Foreign Minister Bruno Rodríguez, who described the election at the head of the IDB of a strong critic of Havana and promoter of a hard line towards Cuba, Venezuela and other nations not favored by Washington as “offensive” for Latin America and the Caribbean.

“The imposition by the United States of an employee of the most reactionary sector of anti-Cuban policy at the IDB is a danger and offense for our peoples,” the Cuban foreign minister wrote on his Twitter account.

Rodríguez added, without mentioning Claver-Carone by name, that “it is difficult to find someone less suitable” and affirmed that the new IDB president “will divide the region trying to impose an agenda of domination and the Monroe Doctrine.”

An election with several abstentions

The lawyer of Cuban origin received 23 of the 28 votes from countries in the region that he needed to take office, in addition to 66.8% of the support of the 48 member nations of the institution, sources from the White House National Security Council, where Claver-Carone works, told EFE.

The voting was secret, behind closed doors and online due to the pandemic, and neither the IDB nor the White House confirmed which countries supported Claver-Carone.

However, the Argentine Foreign Ministry said in a statement that both Argentina, Chile, Mexico, Peru and Trinidad and Tobago, plus the member countries of the European Union (EU), decided to abstain from the vote.

The abstentions totaled 31.23% of the total votes cast and covered a total of 16 countries, according to the Argentine Foreign Ministry, a fact that the IDB did not confirm and to which former Chilean President Ricardo Lagos (2000-2006) referred to give his opinion that the election “lacked legitimacy.”

Apart from the United States, Claver-Carone’s candidacy was presented by El Salvador, Guyana, Haiti, Israel and Paraguay, and his appointment was also supported by countries such as Colombia, Brazil, Bolivia and Uruguay.

The European Union (EU), which has 13 IDB member countries, pressed together with Argentina, Mexico and Chile to postpone the elections until March 2021 so that they would take place after the U.S. elections next November, in which Trump’s second term is at risk.

However, the United States controls 30% of the voting power in the institution and had on its side many countries in the region almost since Claver-Carone announced its candidacy in June, so the supporters of delaying the elections did not reach 25% of the voting power they needed to avoid a quorum at the assembly meeting.

This Friday, when that reality became clear, Argentina withdrew its candidate, Gustavo Béliz, who was the only one contesting Claver-Carone’s position, after former Costa Rican president Laura Chinchilla also left the race.

The commitments of the new president

Claver-Carone, born in Miami 45 years ago, has promised to remain at the helm of the IDB for a single five-year term, despite the fact that the organization’s rules allow him to be re-elected, with the idea of​​ “helping the region recover economically” from the COVID-19 crisis.

“My commitment remains the same: to work with the IDB member countries to design a strategy that strengthens the bank, responds to the needs of the region, and creates opportunities for shared economic prosperity and growth,” Claver-Carone said this Saturday. in his statement.

The president-elect promised to “work tirelessly” once he takes over the leadership of the body on October 1 and “build a strong team” that will allow him to “act on the region’s priority issues.”

Claver-Carone has denied that his candidacy had any “imperialist intention” and has argued that being the institution’s first U.S. president will help “renew U.S. interest” in the IDB. In a recent interview with EFE, he had said that he would continue promoting his “democratic principles” from the IDB.