Discretion and independence are being presented as the best recipe to approach Cuba and it has been considered this way by the Spanish socialist executive in the last year. 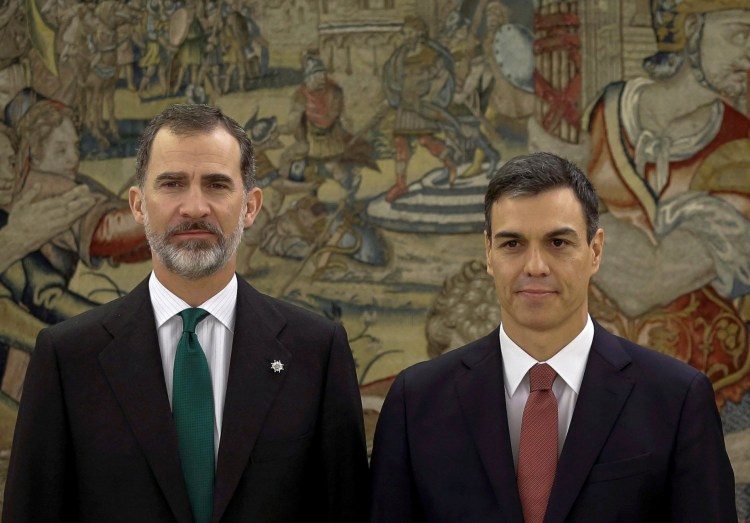 Spain seems disposed to seal in a lasting way the relationship with Cuba. However, it also seems determined that the focus not be placed on the meetings between the Spanish and Cuban leaders. The Cuba-Spain understanding has always had numerous detractors on the banks of the Potomac and the Manzanares. Thus, prudence obliges: good relations with Cuba, but, above all, discretion.

The Spanish diplomacy is acting in Cuba with its own agenda and this, undoubtedly, as has happened on other occasions, strains relations between Washington and Madrid and especially strengthens the sectors that bet on establishing a siege on Díaz-Canel that keeps him isolated from a rapprochement with the European Foreign Ministries.

Given the circumstances, discretion and independence are being presented as the best recipe to approach Cuba and it has been considered this way by the Spanish socialist executive in the last year: following an autonomous road in Cuba does not contradict the need to act with the greatest prudence.

The then acting Foreign Minister Josep Borrell visited Cuba in mid-October, he did so in the framework of the high-level periodic relations established by Díaz-Canel and the acting president of the government of Spain, Pedro Sánchez, during his visit to Cuba last year. However, Borrell’s visit took place when Spanish public opinion was spellbound by the flames from Barcelona’s barricades, ​​which undoubtedly detracted visibility from its presence in Havana.

Similarly, the king and queen arrived in Cuba on Monday, November 11, accompanied by Borrell. Their visit is in the framework of the fifth centenary of Havana, but also when the embers of the electoral fire have not yet gone out. This Sunday the covers of the Spanish newspapers had their eye on the results of the general elections, the second of this kind so far this year. Elections in which Pedro Sánchez has bet strongly on all or nothing.

In these new and repeated elections, a sort of second round, doubts about the result offered by the polls are above the certainties, as are the management of these results and the possibilities of establishing a viable government. Thus, everything that these elections represent, a repetition of those of April when an investiture agreement was not reached, will fill the Spanish media and, as happened with Borrell’s recent trip to Cuba, eclipsed by the protests in Catalonia, the transcendental visit of the king and queen will be pushed to the background in the face of the speculations that may arise as a result of the election results. On the 11th, the Spanish media’s priority will not be Havana.

As of the 12th it will be more complicated to avoid its center of attraction. Spanish diplomacy is aware of this and will have to cover other fronts that may lead the controversy regarding the presence of the monarchs in the largest of the Caribbean islands.

The arrival in Cuba on the 11th and the return on the 14th to Madrid, after visiting Santiago, seems to seek that the presence of the monarchs does not share prominence with other international dignitaries and because of this apparently precautions have been taken so that the king doesn’t meet with Vladimir Putin, Daniel Ortega or Nicolás Maduro, who will be in Havana on the central day of the celebrations for the 500th anniversary of Havana on November 16.

The photograph of Felipe VI with Maduro, Putin, or Daniel Ortega would incite the parties to the right of the PSOE in parliament and lead to the first post-election fray. A confrontation that could not be stopped by the news of the day after the general elections.

Vox, the party of the Spanish extreme right, has already advanced to the results of the trip of the king and queen to Cuba, and, in full electoral campaign, condemned what they consider the government’s use of the crown as an instrument. This protest by Abascal’s party was not just a statement, but went further through a formal request to the Permanent Deputation of the Congress of Deputies to suppress the journey of the monarchs, arguing that the presence of the king and queen undermined the dignity and prestige of Spain.

Now, beyond the difficulties, of the objections and repudiations to the monarchs’ trip, explained by some sectors in Cuba, the United States and Spain, and also beyond the maneuvers of the Spanish diplomacy so that the presence of the Spanish authorities in Cuba don’t become the main news in the media, which would enervate, more if possible, the whirlpool in which Spanish politics is immersed, the truth is that Spain is betting on what was promoted a year ago by the now president of the acting government, Pedro Sánchez.

The king and queen will leave for Cuba when the polling stations in Spain close and with the doubt of knowing if this trip will be the second act, after the visit of the president of the Spanish government, of an increasingly stronger relationship with Cuba. A relationship that the Spanish business community based on the island has continuously requested in recent years.

The question is whether Sánchez will be able to reach an agreement for the investiture and subsequent governance of the country in the medium term, since the Cuban agenda’s smooth progress depends on this to a large extent. If he succeeds, the Cuba issues will advance. They will also do it with the support of Borrell, who by then will already be at the head of European diplomacy.

From Brussels, as he did before from Madrid, Borrell will not neglect Cuban affairs, something that he will have to keep in step with the European foreign ministries and with whomever will replace him as head of the Spanish Foreign Ministry, a post about which we still have no clues.

If Sánchez, finally, is invested as president in the coming months and if he does it backed by Podemos, Cuba will undoubtedly benefit, it will do so based on trade, the basis of the current Spanish commitment to Cuba, but it will also do so from the symbolic point of view. A Spanish government in the hands of the PSOE and its possible allies, Podemos, its confluences and also divisions, read Mas País, by Íñigo Errejón, and the nationalist and sovereigntist parties of Catalonia and the Basque Country, will open the folder of historical memory, in which the exit of dictator Francisco Franco Bahamonde from the Cuelgamuros mausoleum, a few days ago, seems to be the starting gun. This momentum of historical memory will have implications for Cuba, but the possibility of moving forward with the law of descendants, presented in the Senate as a bill more than a year ago and still pending approval, will be even more important.

The exhumation of General Franco, forty-four years after his death, and the exit of his remains from the Valle de los Caídos, is an obvious sign that Rodríguez Zapatero’s cornered historical memory law will once again be among the priorities of a possible socialist executive.

Those aspects that were left unattended in Zapatero’s commitment to resolve the great pending issue of post-Franco Spain may be remedied by a new socialist government; in these disputes, the probable future president Pedro Sánchez will find allies, many occasional, but in this field it is assumed that they will support the possible future government to try to overcome the more than probable obstacles.

Franco’s departure from the Valle de los Caídos has taken over the international press, the orchestrated choreography to undertake it helped a lot; for some it was the start of the electoral campaign and an opportunistic exercise to win over wills; for others, on the contrary, it constitutes the beginning of a process of recovering the memory and reparation of Franco’s victims.

However, the law of descendants, with a lesser presence in the media from the Spanish point of view, will have greater implication for Cuba, since thousands of Cubans could have recourse to it. This law would allow the descendants of Spaniards to acquire nationality, regardless of whether their ancestors had lost it through marriage or incompatibility. This draft law of June 2018, through which the descendants of Spanish parents would obtain Spanish nationality, known in Cuba as the “new grandchildren’s law,” was being processed, but like all legislative projects in process, it waned with the recent dissolution of the general courts after the new call to the polls.

In this way, the monarchs will not be able to present themselves in Havana with the new grandchildren’s law, which would undoubtedly have been a capital asset for Spanish diplomacy to advance in other fields. However, the big issue at the moment is the safeguarding of Spanish economic interests on the island, affected by the current U.S. administration and the activation of the most burdensome articles of the Helms-Burton Act, an unprecedented punishment for Spanish investment in Cuba.

Meanwhile, the insightful Cuban diplomacy is aware of Spain’s determined position on Cuban issues. A position that is being carried out at a time when the Spanish are restless and in which the affairs of Cuba are usually incendiary material and a weapon to be used in partisan disputes.

Sánchez’s brief government has had Cuba as a primary element of his foreign policy. A policy that could lose weight if the future government of Spain were established backed by other political formations. The PP is in the hands of Casado, who represents a line on Cuban issues that is very distant from that of Núñez Feijóo in Galicia and closer to Aznar-Esperanza Aguirre’s; Rivera’s party, Ciudadanos, inserted in ideological directness, also bets on the hard line on Cuban issues; and Vox, in the hands of the most intransigent right and where some of its leaders, read the Spanish-Cuban Rocío Monasterio, don’t give Cuba a respite, they represent an definite threat to the good progress of Madrid-Havana relations.

The Cuban leadership must keep this in mind and facilitate the commitment of the Socialists through the reforms that make it possible to pay outstanding debts and offer a respite to the economic interests of Spain in Cuba, which are those truly receiving the toughest punishment from the Washington policy towards Cuba. The Cuban attitude to resolve these small differences in bilateral relations between Madrid and Havana depends on the links between the peoples of Spain and Cuba being able to break the current framework and settle the deep historical relations on a more in line plane. Spain is taking steps that involve certain risks; Cuba will have to correspond.