In all, 102 people were shot in Chicago from Friday night through Monday morning, the highest number of victims in a single weekend this year, the Chicago Sun-Times reported. 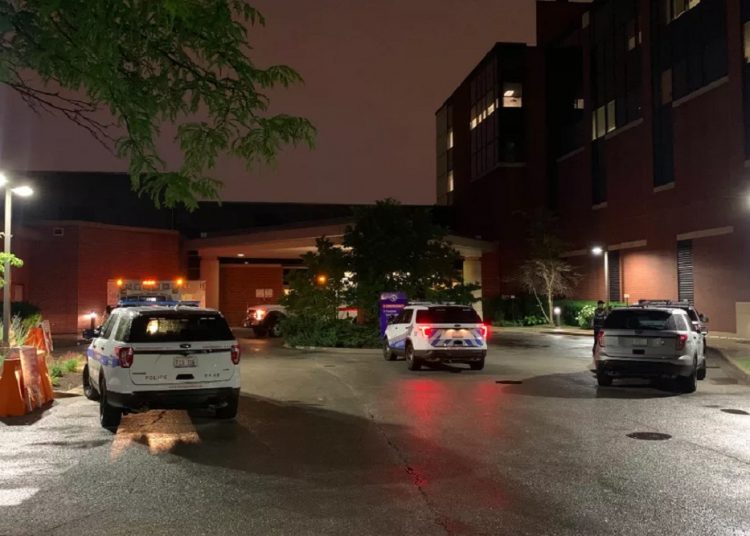 Chicago police outside the West Suburban Medical Center in Oak Park where the 3-year-old boy was taken after being shot while riding in a car with his father. Photo: Sam Kelly, taken from: www.chicago.suntimes.com

Fourteen people, including five children, died during a series of shootings in Chicago on the weekend of Father’s Day. It represents the largest number of victims in the city in a single weekend so far this year, authorities reported today.

Among the victims was a 3-year-old boy, who police said was shot Saturday when he was in a car with his father in the South Austin neighborhood.

A toddler and four teenagers were among those shot to death between Friday evening and Monday morning, according to data maintained by the Chicago Sun-Times. Seven other juveniles were also struck by gunfire. https://t.co/61HQCCMykB

Police said the 27-year-old father was the target when someone shot at the vehicle. Community leaders are offering a 10,000-dollar reward for any information about the boy’s murder.

The other victims include a 13-year-old girl who died after being shot in the neck while watching television at home, and two minors, 17 and 16, who died in a separate shooting on Saturday.

Police Superintendent David Brown said police are trying to locate those responsible for the violence. He said that “gangs, weapons and drugs” are the thread of those shootings.

“The good men of this city were supposed to celebrate with their families on a beautiful day, but instead, a number of Chicagoans will spend Father’s Day mourning the death of their children,” he said this Sunday.

In all, 102 people were shot in Chicago from Friday night through Monday morning, the highest number of victims in a single weekend this year, the Chicago Sun-Times reported.

The violence comes almost a month after Chicago had its deadliest Memorial Day weekend since 2015, when nine people died and 27 others were injured in shootings.