The advisor, of Cuban origin, is being considered for the position of vice president of the Inter-American Development Bank.

by Rui Ferreira
in USA
1 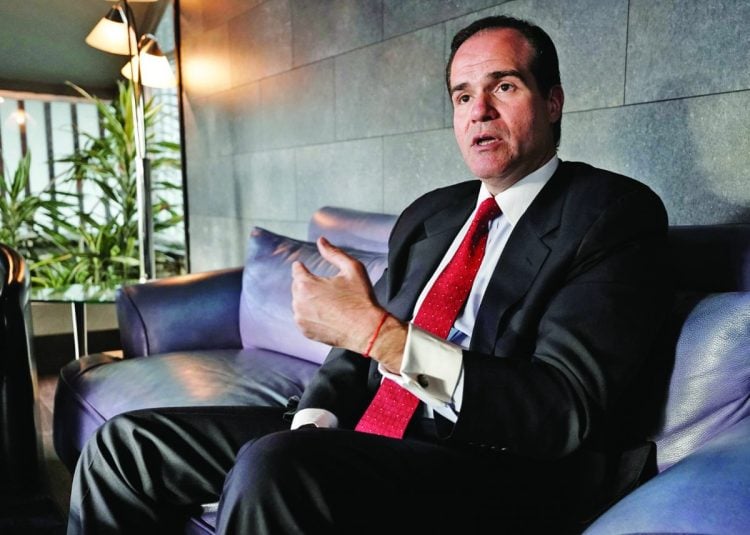 President Trump would be unhappy with the slowness in a solution to the “Venezuelan situation.” One of the main architects of the dismantling of the thaw between the United States and Cuba is probably in the final stretch of his days at the White House.

Cuban-American Mauricio Claver-Carone, director for Latin America of the National Security Council, is being considered for the position of vice president of the Inter-American Development Bank, based in Washington, as confirmed by two sources close to the Donald Trump administration.

The position at the Bank is currently held by an old employee of the institution after his predecessor, Brian O’Neill, passed away last year in January.

Although the United States is the main contributor of the funds to the Bank, it does not appoint its president but the second in command.

Claver-Carone has experience in banking. Before being appointed to the National Security Council, he served as executive director of the International Monetary Fund for some years and was an advisor to the Treasury Department.

Since arriving at the National Security Council, he was characterized by great hostility towards Venezuelan President Nicolás Maduro and, along with the also Cuban-American senator, Republican Marco Rubio, was characterized for designing a barrage of new economic and political sanctions against the government of Havana with the objective of dismantling the government of Caracas and subsequently overthrowing the Cuban one.

However, this strategy has not paid off and Trump’s executive is not very happy with the situation. According to one of the sources, the U.S. president, who approved the policies almost two years ago, expected more effective results and, as always, has privately attributed the responsibilities to Claver-Carone.

The first signs that something was wrong in the executive in relation to Venezuela and, by chance, with the Cuba policy, arose two months ago when Claver-Carone started commenting publicly on immigration issues championing Trump’s new immigration policy towards Latin America that includes the rejection and deportation of Cubans, a roll back in U.S. policy since the early 1960s.

In four press conferences in recent months solely dedicated to immigration policy, Claver-Carone refused to answer OnCuba’s questions about the situation of Cubans and invariably diverted the issue towards the generalities of that policy. “Our (rejection) policy applies to everyone who comes to the border,” was his usual response.

Last December, Claver-Carone starred in a diplomatic incident in Buenos Aires when he withdrew from the inauguration ceremony of Argentine President Alberto Fernández on the grounds that Venezuelan Communications Minister Jorge Rodríguez and former Ecuadorian President Rafael Correa, both sanctioned by the Washington government, were present.

In an interview with the newspaper Clarín, an opponent of Fernández, Claver-Carone said that “unfortunately, due to some invitations and some surprises we got upon arrival, I decided not to go and I’m leaving early.”

The new Argentine government preferred to maintain a tense diplomatic calm following what was previously stated by President Fernández about his intentions to maintain a good relationship with Washington. At the end of the day, Undersecretary Michel Kozac, former head of U.S. diplomacy in Havana, stayed in Buenos Aires and ended up meeting with the Argentine president.

According to one of the sources, Claver-Carone’s departure from the White House also has to do with his inability to adapt to the new juncture in Venezuela as is the fact that Moscow has gained strength in the country. Apparently President Trump does not want to antagonize Vladimir Putin. “The Russians have complicated the scene,” the source said.

On the other hand, Senator Marco Rubio also looks a bit subdued in this regard. He stopped being a regular visitor to the Oval Office and the last reference to the island was a tweet last week where he barely criticizes Cuban President Miguel Díaz-Canel for being more interested in tourism than in the country’s crisis situation.

Both Rubio’s office and the White House press office and Claver-Carone’s entourage declined to comment.