This is the highest number in the United States in one day. Miami-Dade County has urgent meeting this Monday of the mayors of its municipalities to study the possible closure of the metropolitan area. 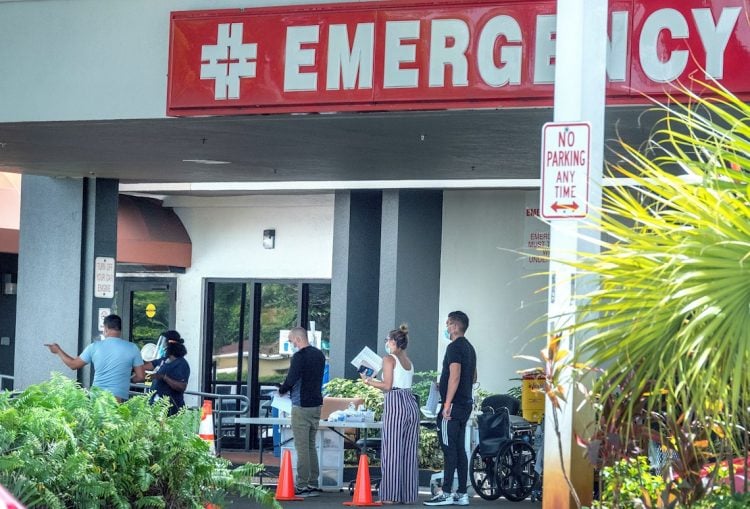 Some 15,300 new COVID-19 cases were detected in the state of Florida in 24 hours. This is the highest number in the United States in a single day.

In total, this hot summer the sunshine state has already recorded 269,811 coronavirus cases since they started being counted in March. The increase started being consolidated last week in Florida with 119,700 cases and an overall positive test rate for the disease that has increased from 9.1% to 10.5%.

The Center for Disease Control and Detection maintains that economic activities should close when the rate exceeds 10%.

The state’s daily average positive assessment rate for the past seven days was 14.2%. The week before it was 14.5% and 9.9% before, the Florida Department of Health reported this Sunday.

Miami-Dade, Broward, Palm Beach and Monroe counties accounted for 6,547 of the new cases and 28 of the 45 recently reported deaths, bringing the total deaths to 4,346.

The numbers may drop slightly earlier in the week because throughout the pandemic, the numbers of daily case reports on Saturdays and Sundays have tended to be lower than the previous five days, because fewer people are working in labs and less data is entered on weekends.

Based on Saturday’s Miami-Dade County New Normal Dashboard update, the county was in the red flag zone in three categories: daily case counts trajectory over a period of 14 days, two consecutive weeks of a 14-day continuous positive test rate below 10% (25.64%) and 30% of the available bed capacity in the Intensive Care Units (5.21%). All the numbers have worsened this week, indicates the note read by the CNN television channel.

This week, during a press conference in Miami, Florida Governor Ron DeSantis confirmed that the state would begin reporting hospitalization figures starting this Monday.