What has been the evolution of COVID-19 in Cuba since the first cases were reported in March? 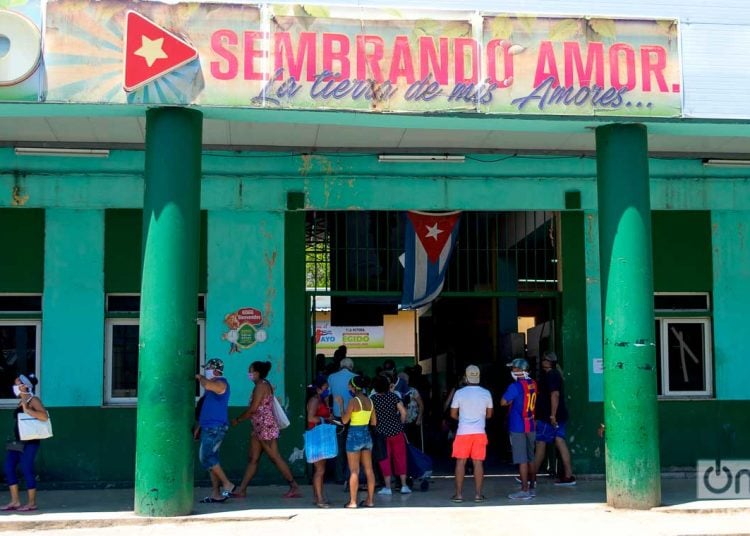 Just a few hours after the first cases of coronavirus were detected in Cuba four months ago, Dr. Francisco Durán, who became the face of the Cuban Ministry of Public Health (MINSAP) in the fight against COVID-19, said in his already traditional morning appearances that it seemed the disease was infinite.

It may be a simple comment in the midst of his usual presentation of data, but he accurately portrayed the serious problem this has become for humanity and, of course, for Cuba, since last March 11 Cubans started getting familiarized with a disease that, to date, has infected 2,426 people on the island.

Since then, the data has changed quite a bit. If the first positive cases were three Italian tourists passing through the colonial city of Trinidad, the new infections detected in recent weeks through PCR tests all correspond to Cubans, almost always related to other already detected cases.

The irruption was dramatic. On March 11, the World Health Organization declared as a pandemic a disease that started in the Chinese province of Wuhan, later baptized as COVID-19 and caused by a virus already known to all: SARS-CoV-2.

As the island started implementing hygiene and safety measures and protocols, work and student activities were suspended, transportation was limited, and the industrial or artisanal production of the already unavoidable facemasks increased, and it became normal for MINSAP authorities or specialists to appear before the cameras to report on the advance of the disease and its expansion in the country and the world.

No one turned their backs on the subject and the messages started aimed at reassuring but also advising the population. Messages of calm and at the same time of alert, of caution, came from the Conference of Catholic Bishops of Cuba to the institutes specialized in medicine and the government, in the face of what was to come. Not only was a wave of contagion expected, but a new era of scarcity, a crisis of unsuspected proportions.

BioCubaFarma, through its president Eduardo Martínez, declared in early March that 22 drugs produced in Cuba were part of the protocol envisaged on the island to deal with the coronavirus.

However, we soon learned that to curb the contagion curve, the most important thing was going to be individual action with immediate collective impact.

Two days after the first three patients were notified, Cuba had 150 hospitalized people and the first contagion was reported from a Cuban, a resident of Villa Clara from a Bolivian woman residing in Milan, who had arrived on the island without symptoms. Soon after, this man would also be the first patient to recover from the disease in Cuba.

Today the number of recovered patients amounts to 2,258 people, whose diagnosis has been made more quickly thanks to the massive screenings MINSAP implemented right from the start together with the PCR tests, of which more than 205,120 have been carried out to date.

As activities and cultural and sporting events started being suspended, the number of infections continued to rise on the island. On March 22, 35 cases were confirmed. On the 30th, the same day that Cubans, like the Spanish, Italians and Argentines began to applaud their medical personnel, the contagions suddenly reached 186.

In that short lapse, the disease had caused 6 deaths: one of the Italians diagnosed since the 11th, a Russian tourist, a Cuban from the town of Remedios, Villa Clara; another, from the municipality of Venezuela, in the province of Ciego de Ávila, and two Havana residents.

The expansion of COVID-19 was a matter of time. After the report of the cases identified in Trinidad (Sancti Spíritus), the coronavirus quickly spread to other territories, slowly, but it reached all of them. The last to report cases were Mayabeque and the Isla de la Juventud. As of July 12, thirteen provinces have not reported cases for at least 15 days.

Of all the provinces, Havana has had the highest rates of contagion and lethality, while in Granma the disease has had less incidence, although it was there that the first infected child was reported. Dilan is an 18-month-old little boy who had arrived with his mother from Madrid to visit his family in the municipality of Guisa. He was asymptomatic and is one of 1,334 asymptomatic people diagnosed.

“Watch out for the asymptomatic,” said Durán.

So far, 274 minors have been identified as carriers of the virus, a number that represents 11.3% of all infections. Only two of them have presented the Multisystemic Inflammatory Syndrome linked to the disease in children.

The first local transmission event, for its part, occurred in the municipality of Cárdenas, Matanzas, to later add more than 40 throughout the island, two of which are currently active in the capital.

April came with the close of air traffic and the announcement that the May Day celebrations were suspended, one of the great events held on the island along with those of July 26, which ended up also being interrupted by the hygienic-epidemiological situation.

The first peak of infections was also reported that month, on the 24th, when 52 people tested positive in one day, a figure only surpassed so far on May 1, when the records rose to 72 and 2,792 hospitalizations.

In all this time, the news has repeated itself on the same topics: movement restrictions, quarantines, isolated areas, people who, unaware of the dimensions of the disease, escaped from isolation centers, others who had to leave their homes in search of provisions.

The reception of a British cruise ship with cases of coronavirus on board, the effectiveness of Cuban medicines such as Interferon Alfa 2B, Itolizumab and CIGB-258 against COVID-19, and the sending to 30 countries of medical brigades from the island, which has become the new apple of discord between Washington and Havana, are also moments to be recalled.

As of May 20, there were 80 deaths and, since then, almost two months later, control over the disease has resulted in the death toll so far being only 87―the last one reported this Saturday, July 11―and that the number of seriously ill patients decreased dramatically.

Most of those who died from COVID-19 in Cuba had associated chronic diseases that, according to health authorities, are normally the first causes of death on the island and in the developed world. Among those with the highest presence in fatalities have been high blood pressure, diabetes mellitus, ischemic heart disease, chronic obstructive pulmonary disease and chronic kidney failure.

In the course of these four months, doubts have been clarified, such as that the coronavirus attacks young people as well as adults, women and men, that it is not transmitted through food, that it could even be suspended in the air, that the use of the facemask, hand washing and physical distancing are the only prevention alternatives until a viable vaccine is developed.

At the moment, there is no glimpse of a short-term exit. The pandemic continues its spread in the world, with the United States and Latin America becoming the current epicenters, although Africa and India, with their numbers, represent a daily threat. Many countries are trying to return to normalcy or actually adapt to a new one, to cushion the blow to their economies, while dealing with new waves and outbreaks.

Although in Cuba the scenario is more favorable, and almost the entire country―except for the capital―has already entered a second phase of de-escalation, the risks remain high and perception is insufficient in many Cubans. The figures for this, the fifth month, will tell how effective the measures in place have been and how much will still have to be done to definitively leave behind the uncertainty and pain that are marking 2020.

For this summary, Covid19CubaData statistics and daily information by the Ministry of Public Health were consulted.