The former president is showing his willingness to strongly criticize his successor, Donald Trump. In this way he seems to be filling what many perceive as a void in national leadership. 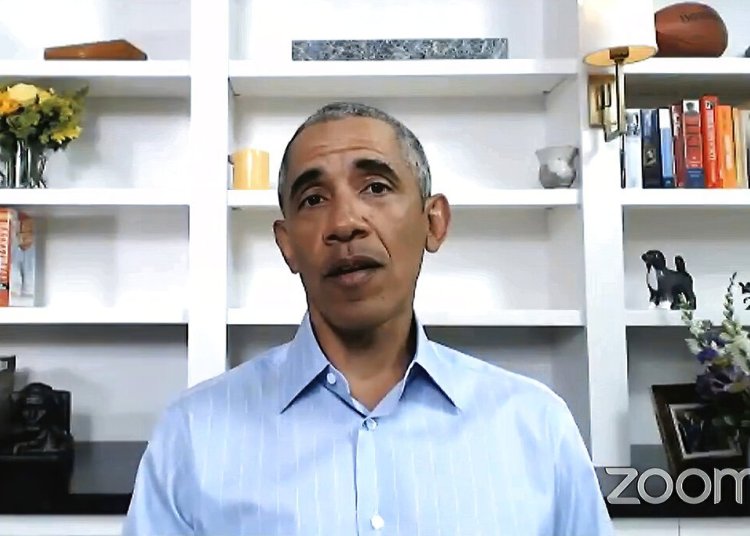 Former President Barack Obama, on Wednesday June 3, 2020, during a virtual forum on civil protests after the death of George Floyd at the hands of the Minneapolis police. Photo: My Brother’s Keeper Alliance and The Obama Foundation, via AP

Former President Barack Obama is taking on an increasingly public role as the United States faces a convergence of historic crises that expose deep racial and socioeconomic inequalities and disrupt the landscape of the November presidential election.

In doing so, Obama is showing his willingness to strongly criticize his successor, President Donald Trump. In this way he seems to be filling what many perceive as a void in national leadership.

"Let’s do this another way. Let's stop thinking our voice don’t matter and vote. Not just for the president…educate yourself and know who you’re voting for. And that’s how we're going to hit 'em." https://t.co/WX6oLNRtI2

On Wednesday, Obama held a virtual forum with youth to discuss political measures and civil unrest in the wake of George Floyd’s death in Minneapolis. There, he rejected a debate that he said he had been hearing on internet “chatter” about “voting vs. protest. Politics and participation versus civil disobedience and direct action.”

“This is not one thing or the other. It’s about both, and creating real change,” he said. “We both have to highlight a problem and make people in power uncomfortable, but we also have to translate that into practical solutions and laws that can be implemented.”

Obama called for the protests over Floyd’s death to be turned into a political change to ensure safer protection measures and greater trust between communities and law enforcement authorities. He urged each of the country’s mayors to review their policies on the use of force together with their communities, and to commit to reporting on reform projects before prioritizing their implementation.

Valerie Jarrett, an old friend and adviser to Obama, said the country is in a political season, but it is also at a turning point. She added that President Obama is not going to walk away from that conversation just because he is no longer in the presidency.

During the round table, Obama compared current discontent in the country to the protest movements of the 1960s. But he clarified that polls show that most Americans support current protesters and are forming a “broader coalition” compared to that time, despite the fact that some of the recent protests “have been stained by acts of violence by a small minority.”

Even so, he warned that at some point attention will be lost and the protests will be reduced in size, therefore as a society, as a country, it is important to take that moment and use it so that it finally has an impact.