Violent clashes between security forces and protesters opposed to the government continued overnight, and a protester died in a violent security operation in the south of the country. 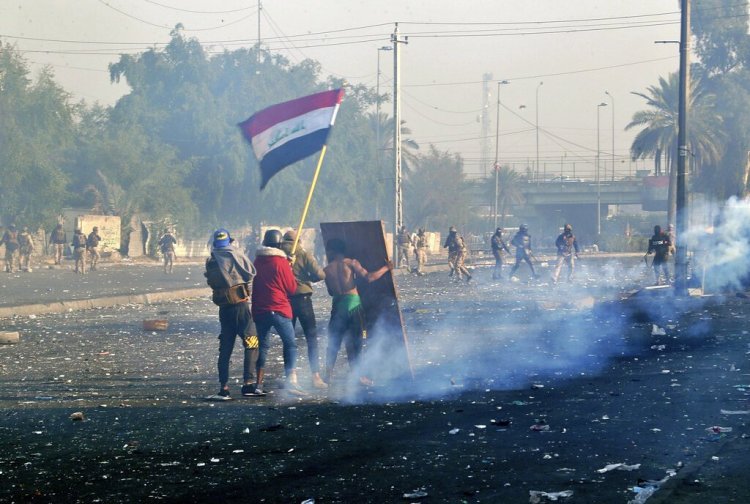 At least one employee of the U.S. embassy in Baghdad was wounded after a rocket attack registered overnight at the diplomatic headquarters, embassy personnel said Monday.

The rocket crashed into a restaurant in the embassy complex, said two employees who spoke under condition of anonymity because they were not authorized to report to the press. They didn’t specify the nationality of the wounded person or the severity of the wounds.

Violent clashes between security forces and protesters opposed to the government continued overnight, and a protester died in a violent security operation in the south of the country.

The U.S. embassy is located in the Green Zone of the Iraqi capital and has been a source of regional tensions between the United States and Iran, which have materialized in Iraq in recent weeks. Iraqi supporters of an Iran-backed militia stormed the embassy complex on December 31, destroying the main gate and setting fire to the reception area.

At least five Katyusha rockets fell on Sunday in the Green Zone, according to a statement from the U.S. Army. It was the third rocket attack against the embassy this month, and at first it was unknown who was responsible. No wounded were reported on previous attacks.

The United States has accused Iran-backed militias of attacking U.S. interests by attacking military bases where there are Americans and diplomatic missions.

Iraqi Prime Minister Adel Abdul-Mahdi condemned the attack in a statement and reiterated Iraq’s commitment to the protection of diplomatic delegations in the country.

Iraq has been involved for four months in demonstrations that denounce corruption in the government, high unemployment and Iranian influence in the country’s politics. Security forces have killed at least 500 protesters. The country also faces a political dispute over the appointment of the next prime minister.

The death of the last protester occurred during a violent operation to dismantle a protest camp in the southern city of Nasiriyah, said an activist and a medical source, who spoke under condition of anonymity in line with internal regulations.

The police used real ammunition to disperse people from a square in the center of the city, where protesters held a sit-in. Later the camp was set on fire. At first it was not clear if it was security forces or unknown groups that caused the fire. The city has registered frequent clashes with the protest movement.