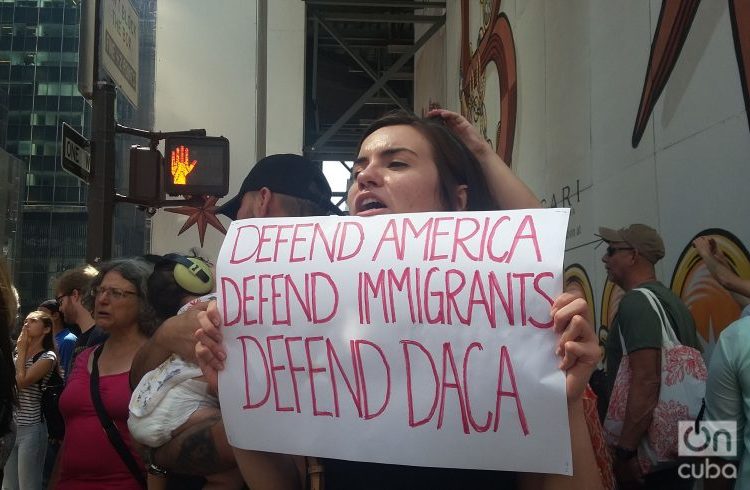 The president of the United States continues in his effort to dismantle Obama’s legacy. This time he went after the DACA: Deferred Action for Childhood Arrivals, a program endorsed by an executive order that since 2012 has allowed some 800,000 young people to not be deported. Technically speaking, now they could be returned to the countries from where their parents immigrated and where many have never lived.

“Immigrants are welcome here!” dozens of U.S. citizens and activists defenders of immigrants shouted last week in the intersection of 5th Avenue and 57, in Manhattan: the coordinates of the Trump Tower.

The elimination of the DACA was announced on September 5. Trump hopes that Congress will replace it with new legislation before it completely expires on March 5, 2018. He asked Congress to seek to prioritize the legal entry of persons who speak English and have high-level skills. 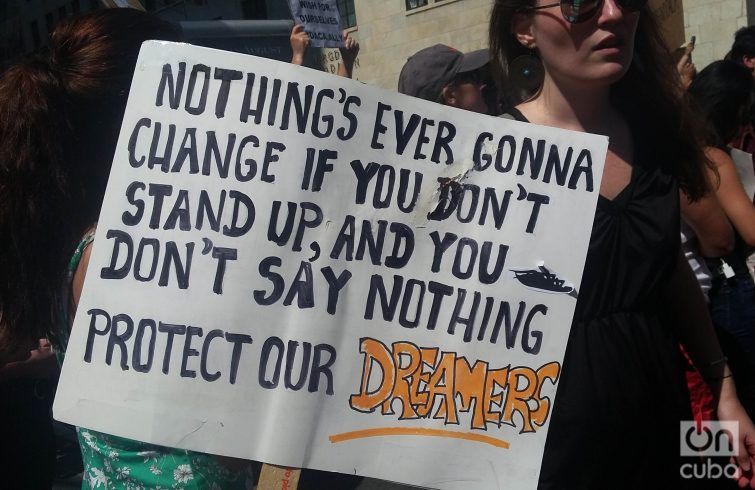 “I am a U.S. citizen and feel that the dreamers are like me, even though they arrived when they were 6 months or two years old. This is the only country they know, it is their land. They are working hard, studying, making enormous contributions to the economy,” said Ryan, one of the participants in Thursday’s protest.

“This is a day of shame for the United States, another day of shame with this government. I feel I have to be here, and defend the rights of these kids and of anyone against this dysfunctional system we have,” commented Nina, who had a sign around her neck that read “shame.”

Barack Obama spoke out from his official Facebook page saying that targeting these people is a mistake, because they have done nothing wrong, adding that it is also cruel.

The former president and author of the executive order that endorsed this program asked Congress to work to promote a legislation that helps the dreamers, as they are known. His executive action was precisely taken because the legislators weren’t able to come to an agreement in 2012 on an expedite measure.

According to The New York Times, officials affirmed that some immigrants who are currently protected by the DACA will be able to renovate their two-year-long legal status until October 5, but if Congress doesn’t take action, the undocumented immigrants who were taken to the United States when they were children could be deported starting March.

The DACA resolved the non-deportation of young people brought to the United States by their undocumented parents when they were children. It allowed them to regularize their migratory status for two years and to renew it once that period had ended. It also authorized the possibility of studying and working, and in some states to also get a driver’s license.

Researcher and editor Alfredo Prieto notes that many dreamers are university students, university graduates and with a master’s. “Sending them back to their parents’ countries would affect the qualified workforce the country needs.” Major companies support these professionals remaining in the United States and are against Trump’s measure.

However, according to Prieto, the president has acted taking into account the most radical sector of his electoral base and 10 conservative federal judges who threatened to take the DACA to the courts if Trump did not eliminate it.

Experts point out that the suppression of the DACA will cause an increase in tensions and greater social polarization. Another of the most controversial unpopular measures of the U.S. administration; the reactions started on the same day of the announcement. On Saturday a large rally is expected in Manhattan, and it’s probable there will be protests in other cities. “The entire world is looking on,” as it was shouted on Thursday in front of the president’s tower. 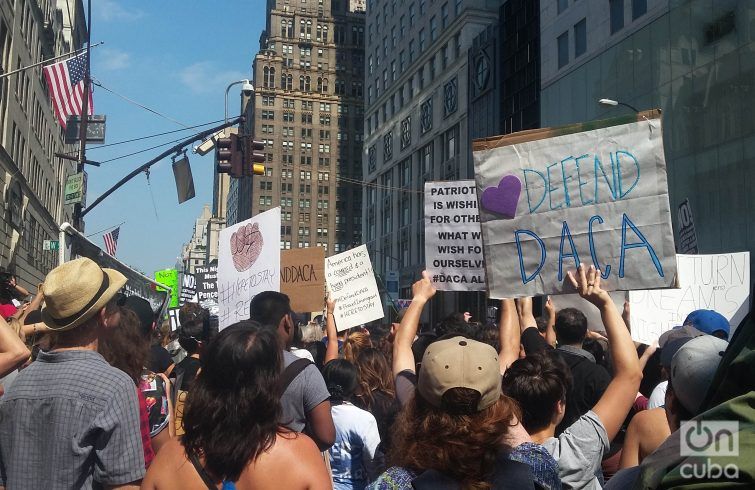