The drug seized last year included more than 2 tons of marijuana and 363 kilograms of cocaine. 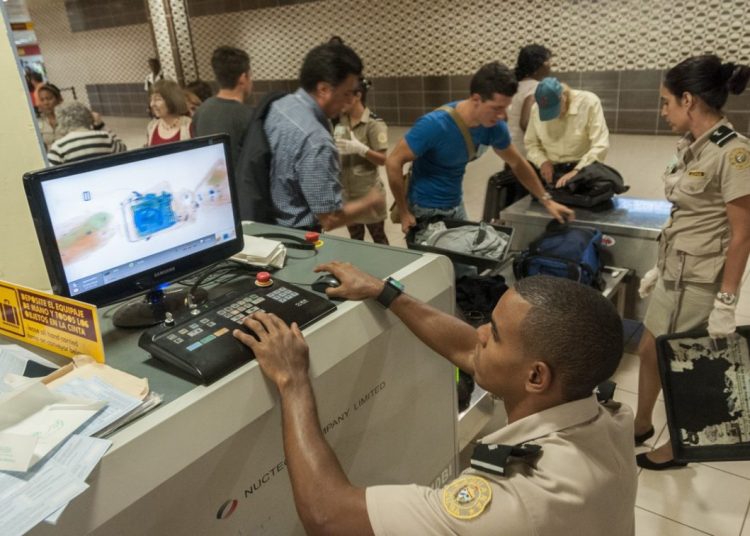 Several cases of drug trafficking were detected in recent days by the General Customs of Cuba at the airports of Havana, Matanzas and Camagüey, the state media reported this Tuesday.

One of these events occurred last May 3 at Havana’s José Martí International Airport, when based on “radiological marking” and canine techniques a box of markers containing synthetic cannabinoid was found in the luggage of a passenger.

The passenger alleged that the invoiced baggage was not hers and that it was “a favor,” according to a note posted on the website of the General Customs of the Republic (AGR).

“As individuals, passengers are not authorized to carry with them commissions for other individuals or legal entities,” insisted Customs.

It also stressed that commissions are understood as “the goods, luggage or packages sent from abroad for third parties using the passenger to transport them.”

Among the new cases reported, the Cuban Customs authorities also referred to an attempt to introduce bottles of “Gel de Mariguanol,” a substance that is made from marijuana.

The international cargo department of the eastern province of Camagüey was the one that detected, for the first time in shipments to a consignee, five bottles of “Gel de Mariguanol.”

A third incident was recorded during a flight control in the area of ​​entry to the country at the Juan Gualberto Gómez International Airport, in the western province of Matanzas, where a passenger looked suspicious to the customs officers “for his physical and psychological signs.”

When checking his luggage, “cocaine and an LSD stamp (another type of synthetic drug) for consumption was confiscated,” said officer Alejandro Valdés, quoted in a report in the Juventud Rebelde newspaper’s digital edition.

The Cuban Customs indicated that the “pertinent measures” were taken for these cases.

In 2018, Cuba seized some 2.4 tons of drugs, mostly marijuana caches intercepted on the coasts, a figure that represents the smallest record of illegal substances occupied in the last three years, according to data from the island’s Ministry of the Interior.

The drug seized last year included more than 2 tons of marijuana, 363 kilograms of cocaine, 3 kilograms of cannabinoids, one of crack and 0.15 of hashish.

In airports, mainly Havana’s José Martí, 49 attempts were aborted to introduce drugs for their commercialization, for which 90 people were arrested (54 Cubans and 36 foreigners) and a total of 81 kilograms of narcotics were taken, higher than the 64 kilograms requisitioned in 2017.

In June 2018, Cuban Customs revealed that it had seized more than three tons of smuggled goods and detected 113 cases of illegal trafficking in merchandise in the first six months of last year.

The AGR then published the names of the “29 illegal parcels agencies” based in the United States and dedicated to hiring travelers to transport parcels to the island, a lucrative business for those who take advantage of the shortage of goods to sell them on the island.