Havana reported the highest number of cases, followed by Artemisa, Pinar del Río and Matanzas. The health status of 20 patients was reported as critical or serious. 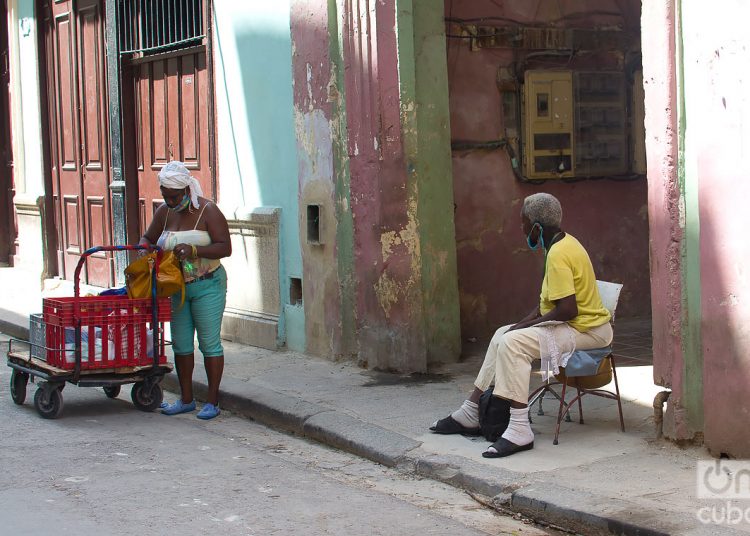 An elderly person waiting for the messenger to deliver her purchases. Photo: Otmaro Rodríguez.

The figures for COVID-19 on the island continue to fluctuate, according to the information offered today by the authorities of the Ministry of Public Health (MINSAP), which reported two deaths and 65 new contagions in the last 24 hours.

The new deaths from the pandemic, which bring the number to 91, were two women from Centro Habana: one 79 years old, with 11 days of hospitalization, and another 71 years old, with five previous days in intensive care. Both died of cardiorespiratory arrest.

As for the new contagions, 63 are Cuban and two are foreigners residing on the island; 59 were contacts of confirmed cases, in 5 individuals the source of infection was not specified and one case originated abroad.

38 patients were discharged yesterday and 20 were in intensive care: the health status of three was reported as critical and that of 17, serious.

A total of 1,235 people were still hospitalized at midnight yesterday: 657 were suspects while active cases totaled 523.

In Cuba, 4,867 tests were carried out yesterday in search of the SARS-CoV-2 virus, according to the MINSAP.