byMildrey Ponce
in Technologies of Communication and Media
0 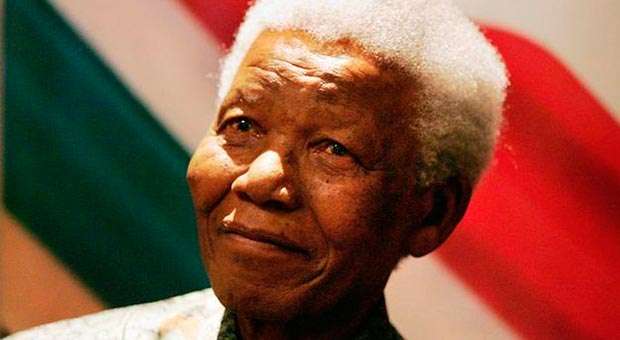 Millions worldwide continue expressing their grievance at the death of South African leader Nelson Mandela in different corners of the world. State funerals are scheduled for December 15, the last great act of the week of celebrations for the late former president.

In 1990, Giraldo Mazola Collazo, then Cuban Foreign Affairs deputy minister met Nelson Mandela in Namibia. At that time he was part of the Cuban delegation -led by Commander Juan Almeida Bosque-invited to the celebrations for the independence of that country. This would be the first contact between representatives of Cuban government and the future South African president.

Later on Cuban soil, Mazola witnessed many of the moments lived on the island for the hero of the struggle against apartheid, including a memorable meeting between Mandela and Cuban boxing legend Teofilo Stevenson.

Both events, marked by admiration and respect for the leaders of Cuban Revolution and the historic leader of the resistance against racism, who died on Thursday December 5, perpetuated the friendship bonds between the two nations. Speaking to OnCuba, Mazola Collazo, currently Ambassador of the Cuban National Commission for UNESCO, recalled several anecdotes to our readers.

To Mazola, Nelson Mandela was a man who founded a nation without rancor, without reprisals: “Wrong or not, white South Africans are part of that nation; hence Mandela was determined to create a country without hatred. Apartheid had to be removed, of course, but that could not be turned into the lynching of the minority, regardless of all the historical factors that could be handled to justify such an event. His struggle conceptions were very clear in building a new South Africa without Apartheid and without rancor. That is his great legacy, “Mazola said.

“The fact that Mandela has physically gone does not mean in any way that his ideas to take the risk of disappearing. He forged a nation where there can be like in all the places better and worse men and women, but thanks to his fight South African youth have a reference as Cubans have José Marti’s legacy for his ideas and the one of Maceo by his stubborn determination never to surrender. Those are the examples that nourish us centuries later, so for South Africans and for many peoples of the world Mandela’s ideas will not get dissipated with his physical disappearance. That is the legacy he left to mankind “, Mazola, who was also ambassador to several countries, stated.

The meeting with Mandela in independent Namibia

“Being in Namibia to the celebrations for the independence of the African country, we knew that Mandela was also there . It was his first trip after his release, Mazola noted.

“At that time Mandela was not still the main head of the African National Congress, ANC. Its president was the selfless combatant Oliver Tambo, who was seriously ill and therefore it had been postponed the Congress of the organization, which all its members, including Tambo himself, felt that Mandela would preside it. During his imprisonment, the ANC had to have a direction even though Mandela was the undisputed leader of this organization .

“We contacted the South African delegation to convey them Almeida´s request of visiting Mandela, but Mandela answered negatively, that he gladly agreed to meet the Cuban delegation, but that he would see Almeida because this was Cuba’s Vice President. Thus a floundering began that Almeida quickly stopped by stating:
-Tell Mandela I can not get to Cuba and tell Fidel that I received Mandela; I have to tell Fidel that I went to see Mandela, because for us and for the Cuban people, Mandela is the undisputed leader of South Africa.

“Mandela agreed when knowing that response and we went to meet him. There he told us for the first time what he later repeated on television and said again in the act of July 26 in Matanzas, when he visited Cuba, that he was released, that Namibia was independent and that the Apartheid had finished thanks to the efforts of Cubans, particularly through the decisive blow of Cuito Cuanavale. That first contact with Mandela was like an old friends meeting, Mazola recalled.

Mandela an admirer of Stevenson

Munich, September 5, 1972. Cuban boxer Teofilo Stevenson, 20, in his Olympic debut, faced in quarterfinals the favorite of the Games, the Pan American champion Duane Bobick, who had a streak of 62 consecutive wins -including one against Stevenson in the final of Cali 1971 Pan Am Games- and who was only waiting for the Olympic title for accessing to a multimillion dollar contract in professional boxing. The American press had dubbed him ¨The white hope¨.

The first round was even, and Bobick won the second one. But in the third round Stevenson, unstoppable, knocked down his opponent three times, the fight was stopped by regulation in favor of Stevenson in what is still considered his most memorable victory.

That same day, from his cell, the prisoner number 466/64 of Robben Island penitentiary, South Africa, watched the epic fight. At that moment Nelson Mandela, a fighter not with his fists but with ideas and justice, would add to the long list of admirers of the great Caribbean boxer, three times Olympic champion.

Almost 20 years later, after his release, Mandela, during his visit to Cuba had the opportunity to meet and enjoy a cordial encounter with the boxer.

“Then I saw him again when he visited us here, he was already ANC president. The presidential elections had not yet took place in his country, but we gave him a reception as head of state. After arriving at the airport, he and Fidel toured the entire city in a convertible car up to El Laguito (The Little Lake), where he would stay. All Havana was on the streets, thousands of Cubans greeted Mandela during the tour, as he deserved.

Before taking the car for the tour, Mandela asked if he could greet Stevenson. Quickly it was emitted a ‘search and capture of Stevenson’ order and when we got to the house where he would stay, the three-time Olympic champion was already there. The colleagues that had gone to look for him, had found him near his home, waiting with his neighbors for the caravan to pass to greet the visitor.

“H ours after the meeting, Mandela approaches Stevenson adopting the classic boxer position-Mandela practiced boxing when young- Stevenson kindly responded to the provocation, and for a while both got immersed in a symbolic duel of imaginary straight, swings and jabs. Then he begins to appreciate the muscles of the giant athlete telling him in turn that while in prison he became a fan of Stevenson because after forced labor was suspended, he began to enjoy certain freedoms such as access to the press, the radio and also had a television, hence he had the opportunity to follow Munich Olympics and managed to see when Stevenson knocked out The White Hope. Mandela confessed Stevenson that he had been previously seeing all the campaign supported by various U.S. media, announcing that this invincible American boxer would win the gold medal and would become the next heavyweight professional champion.

“Mandela told the athlete- according to Mazola- that he knew at that time that after the victory in the Olympics, Stevenson received million dollars offers to fight professionally, to which Stevenson responded: I prefer the love of eight million Cubans.

“Since then, Mandela confessed, he became a great fan of Stevenson, he even knew the full name of the Russian fighter Igor Vysotsky, who defeated twice the Cuban and was interested in knowing the details of such battles. It was an amazing conversation and Fidel enjoyed i t a lot, admired to see that not only our soldiers but also the fame of that athlete had influenced on Mandela’s approach to Cuba.

“Mandela was a symbol of struggle and resistance for the people and leaders of the Cuban Revolution since his imprisonment. He did not accept any proposal that would allow him leaving captivity making concessions against his principles, hence he was kept many time in jail and subjected initially to forced labor, then he was isolated, and only then he was moved to a cell with certain freedoms, but this change was only due to an enormous popular pressure. He was a symbol of the struggle of South African people, he was their unwavering flag, and so all those who supported the just struggle of South African people against Apartheid admired him. I was a prisoner for nearly a year with 700 of my partners, but in comparison I was in a recreational isolation, it was hard, but nothing like the circumstances that marked the imprisonment of Mandela. I can understand him maybe a little more than those who have never been in a prison, “the former Cuban official concluded.

South Africa will say goodbye to his hero with a state funeral / Photo: Internet