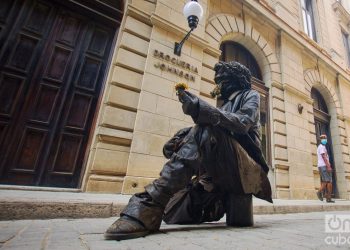 Although COVID-19 has notably reduced the traffic of foreign visitors, many people maintain the custom of walking along this famous Havana street. 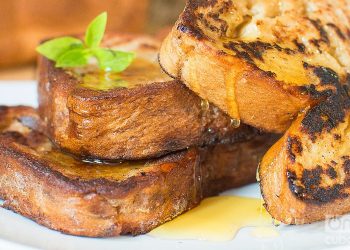 The simplest final touch can give an unimaginable image of the dessert we’ve been tasting for years, and thus multiply our enjoyment. 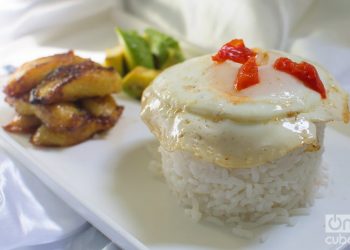 In order to cook it is important to know. It can be intuitive, natural, but prior knowledge is always important, the learning that practice brings, the value of tradition. 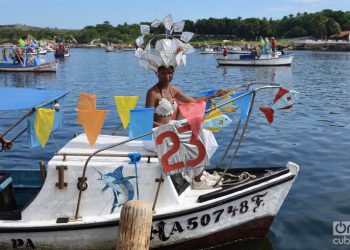 Before the rain took over the city this Saturday, Havana held its first aquatic carnival as a celebration in advance of its 500th anniversary. It was a morning of joy and color on Havana’s Malecón seawall, which featured dozens of vessels parading through the bay and the coast before the eyes of hundreds of people. The vessels, decorated for the occasion, carried flags, balloons and other ornaments and dancers and other carnival characters also sailed along with their captains. At the same time, cultural activities were held in several places, especially for children, with magicians, clowns and musical and dance groups. Cuban and children's music reigned throughout the morning. There were also street dances, including the already traditional El Alacrán, La Jardinera, Los Componedores de Batea and the Guaracheros de Regla. These were again joined by the charismatic Voluminosas, who despite their apparent extra pounds, danced and laughed with the grace that characterizes them. Meanwhile, along the seawall, a row of kiosks offered food and snacks, widely accepted by Havanans under the intense summer sun. The aquatic celebration served as a preamble to the traditional carnival, which will once again summon Havanans in mid-August. But apparently this Saturday’s sea festival... 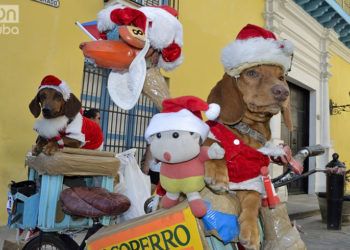 December lets you know that a year is coming to an end and another is beginning. With the last days of the last month come Christmas Eve, Christmas Day and New Year’s Eve, festivities that the family and friends enjoy. It is customary that for this date people paint their homes. Photo: Otmaro Rodríguez. During these days people wish others good things, rethink the results of the year and make plans for the following. Some persons resort to fortune-tellers to predict the future. Photo: Otmaro Rodríguez. Most of the people live this change of year with optimism. But there are those who cry, who cannot withstand the melancholy or the sadness over the hard times they have recently had to endure. A salesman tries to keep vegetables and garden produce fresh. Photo: Otmaro Rodríguez. In Cuba, celebrating New Year’s Eve is a rooted tradition. It is probably the most important festivity Cubans celebrate in the entire year. Pork reaches boutique prices. Photo: Otmaro Rodríguez. It is the time to slaughter the hog that has been fattened for months, and also to “slaughter” everything from the past. Around these days offerings are also made to the saints. Photo: Otmaro... 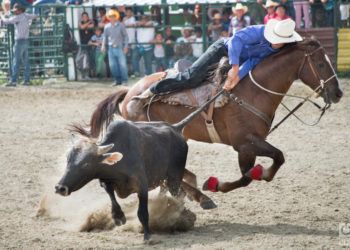 Men riding horses and chasing bulls through the sand. Steer wrestling. Calf roping. Bull riding. Barrel racing. There are many types of competition in this extreme sport that influenced the cattle breeders of the North American West, very present today in the United States, Mexico, Canada, New Zealand and Brazil. Photo: Otmaro Rodríguez. Rodeo practice also has many followers in Cuba. Every year, during the International Agro Industrial Food Fair, the Rancho Boyeros arena becomes the headquarters of the largest tournament of Cuban equestrian animals. The Cuban Society of Cowboys of Rodeo and Collection was created in 1993 that has 5 300 cowboys, of which 530 are women, according to its president Anadelio González. Photo: Otmaro Rodríguez. "Although the rodeo existed on the Island before the creation of the Society, the rescue of traditions of agricultural production related to livestock began from its emergence. It is a popular practice that comes from daily work in the country side. Rodeo is an exciting and high-risk sport that and also a cultural tradition, not only for peasants but for a large part of the population, "Gonzalez said in an interview with Prensa Latina news agency. Last March 18, after three consecutive years... 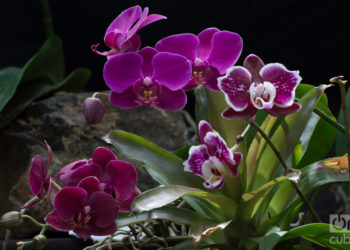 There are orchids of all shapes and colors. In fact, there are more than 25 thousand different species and another 60 thousand hybrids. Even in this kingdom is the most expensive plant in the world: the Gold of Kinabalu orchid, an endangered flower whose price ranges from 5 thousand to 6 thousand Euros, and is only cultivated in Malaysia. Cuba is the second country in terms of orchid wealth in the Caribbean, with about 300 native species belonging to 89 different genera. A representation of them was exhibited from last March 9 to 12 during the National Orchid Festival, an annual event that takes place in the Garden Quinta de los Molinos, in Havana. Photo: Otmaro Rodríguez. Contests, photographic shows and conferences about orchid cultivation brought together a large number of collectors, researchers and growers, who take the challenge of getting these plants flourish every year. Photo: Otmaro Rodríguez. 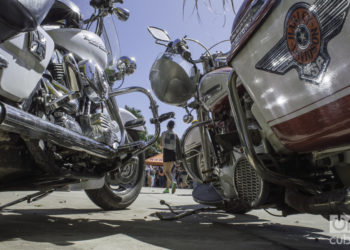 An open air show of modern and old Harley-Davidson took place last February in Varadero, in the context of the 6th meeting of Cuban Harley riders, sponsored by the Latin American Motorcycle Association (LAMA). The owners of other brands such as Indian, Triumph, Honda and Yamaha also came to the event, even Harley drivers from other parts of the world, with the name and the flag of their country stamped on the jacket. Those are motorcycles manufactured in the United States since 1903 and a community which meets every year to exchange on technical issues and mechanical innovations. Photo: Otmaro Rodríguez. 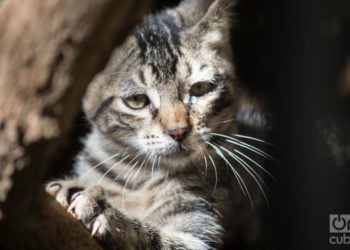 In Cuba, there are plenty of cats in the streets and squares, besides dogs. Some of them are sick and they are often mistreated, especially if they are black, due to the old myth of bad luck. Photo: Otmaro Rodríguez. Workshiped to devotion in some religions, these felines are very astute animals, with a superior sense of smell and hearing to those of the human being in many aspects. Stray cats can copulate with several males, so the litter may have different parents, and their old age is not gradual but an abrupt one. There are nine different breeds of cats in Cuba: natives with short and semi-large fur, Persians, Bengalis, Siamese, Balinese, Oriental and Cuban blue, the latter is recognized by its silver gray tone of the fur and it was discovered in 2011 by the Cuban Association of Cat Lovers (ACAG, in Spanish). In addition to the ACAG, a national non-governmental organization of jealous cat keepers and owners of jealous cats, there is also the Protection of City Animals (PAC, in Spanish), with no legal recognition, a community of activists who defend the rights of abandoned animals. 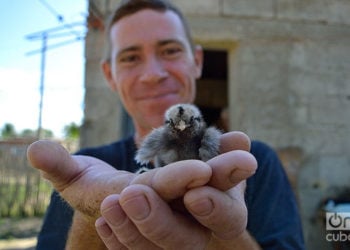 To see who you are, you need to know where you come from. Millions of people are delivered to work daily in Cuba, they strive to bring support their family with dignity. Many carry anchored in his heart longing for a past, longing for a better future, longing for those who are no longer. Thousands of anonymous lives that continue sailing in this Caribbean island. 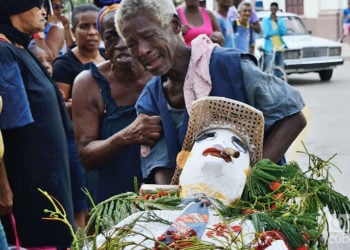 At the funeral of San Pedro, the mourners, congas and people go after a wheelbarrow where the saint "rests". A journey full of joy, dances and drinks from the Plaza of workers to Charity in Camagüey. In Charity, the saint is burned or thrown into the air, to become pieces, until completely destruction. This are the images of the traditional festival of San Juan in Puerto Príncipe, which dates back to the distant 1725.