She was a doctor, was a transvestite, was a woman… 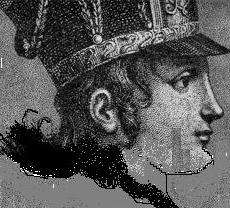 In her time, and after that, everybody spoke of her. They said that while she was just a woman she was named Enriqueta Faber, carried her blonde hair loose and wore ladies clothes: corset, tight skirts from her hips that fell wide to the floor, feathers, lace, hats and ornaments…

But in 1823, when she was punished for dressing as a man to practice medicine and for marrying another female, she did not look like that.

Data provided by Dr. Gregorio Delgado Garcia, historian Emilio Roig de Leuchsenring and journalist Marta Rojas, report that at the time the girl was known as Enrique, a young man four feet ten inches tall, white skin, blue eyes, swollen nose, small mouth and forehead and handsome, who since 1819 was a doctorate in Baracoa, the first village, capital and bishopric founded by Diego Velazquez in this archipelago.

This is her story

Enriqueta Faber Andres Clemente was not Cuban, but Swiss. She was born in Lausanne, a city that is now home of the International Olympic Committee, in the year 1791. Although she came from a wealthy family, at age 16 she became an orphan and bankrupt, which is why she became the protégée of her uncle Henry, Baron of Avivery.

At 18, she was already a widow. She had met the man who would become her husband during an evening at her uncle’s house, but the marriage was short-lived as the husband died while fighting as an officer in the army of Napoleon Bonaparte.

Finding herself alone, Enriqueta, not to depend anymore on another man, dressed as a male and using the name of Enrique, enrolled in the School of Medicine in Paris, France.

Upon graduation, thus disguised, she served as surgeon in the French army and was taken prisoner, but her captors didn’t find her true gender. Once released, she left Europe and on the trail of her uncle’s wife, who had died in the war, arrived in Santiago de Cuba on January 18, 1819 on board of the La Hevetía sailboat.

It is said that to avoid suspicion for her aspect of delicate male, she set herself in Baracoa, away from the major settlements of the time and where they would have to undergo tests and procedures of the Court of Protomedicato, ironically the same institution that in 1820 allowed her to live and work in any part of the Island.

However, the time came for her good luck as a transgressive woman began to change. In 1819, to avoid the social pressures that induced her to marriage, she decides to get married with Juana de León, a young orphan with TB who wasn’t expected to live long.

In May 1822, a washer finally discovered the truth and told Juana that her husband was actually a she. The secret didn’t last a year. By January 1823, Juana asked for the annulment of the marriage and right then Enriquetta was arrested and sent to Santiago de Cuba were she is sentenced to four years in prison and exile.

According to Emilio Roig, a lwayer by the name of Manuel Vidaurre took over her defense and in it he said: “Enriqueta Faber is not a criminal. Society is guiltier than her since the very moment when it has refused women their civil and political rights, turning them into furniture to please men. My defendant acted properly when she dressed herself in men’s clothing, not only because laws don’t forbid it, but because by looking as a man she could study, work and have freedom of action, in every sense for the execution of good deeds”

There are many versions on how and where this woman ended up. Some researchers claim, without evidences, that after serving her sentence she moved to the United States and was known there as the “Swiss doctor”, but the most accepted version is that she was seen in Veracruz, Mexico, wearing the habits of the Sisters of the Charity and died in New Orleans.

However, what it did remain in Cuban history and local legends is the fact that Enriqueta Faber, travesty and all, was the first woman to practice medicine in Cuba and maybe, she is one of the pioneers of the world feminism movement.