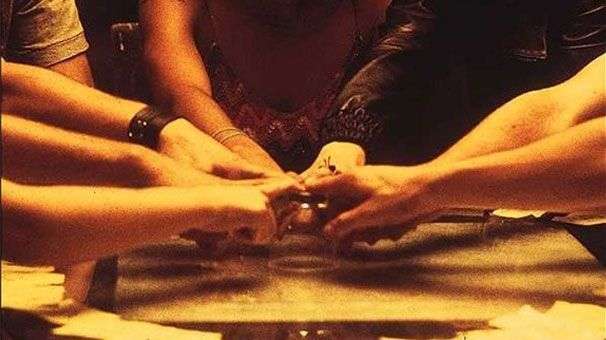 When night falls in the Cuban countryside there are only two things to make: children and ghost stories. No one would ever reunite fornicators of the world to discuss the art of procreation, but in Cuba we just celebrated an International Congress on Spiritualism, with official statements and all…

Having seen it all, you should already be fright-free. But precisely the gift of “seeing” things that scare other have gathered experts here from various countries, in this land of Siguaraya where anyone has an aunt who perceives beings, and when she notices your nervousness she says, “Quiet, fear the living. ”

Without going any further, my great grandmother named a child Allan because she was a faithful follower of the doctrines of the French Allan Kardec. She knew take away a looming spectrum, but when she left home she my grandfather with Veneranda, an old naughty lady that 25 years after her death still makes a fuss and leaves a rare environment. My grandmother is another gal that right in the middle of the dinner spats, “I-don’t-know-who is standing on that corner.”I’d be damned…!

Beyond tales from noisy trails, or truckers that pick dead women on the road and stop at the cemetery, the most famous cases of Cuba spiritualism are Clavelito and Marta Estevez, the woman who inspired the film Amanda’s prophecies.

Clavelito, whose real name was Miguel Alfonso Pozo, did everything to make a living, was a great repentism poet and reader, but his consecration came in Union Radio, when Angel Campo gave the green light to produce a program at his leisure. Thus was born “Here is Clavelito”, starting with the famous lines from “Put your thoughts on me, and see that at this time, my thinking strength exercises good on you …”

Let’s see, he was not a spiritualist, but he was a sort of spiritual adviser urging his listeners to put a glass of water on the radio, and to concentrate themselves to receive positive energy and healing powers he conveyed through airwaves.

By contrast, the case of Marta Estevez is a mystery. This Lawton woman wanted to be the Pharaoh of Cuba, and ended up being our Nostradamus. Those who knew her say that the film by Pastor Vega did her little justice, although they admit that Marta was right in all her predictions, and that she was possessed by dead people of all kinds.

A psychologist studied her case, impressed by how the woman predicted the death of her own husband in an operating room where apparently all would be well. I do not know the results, nor what happened to Martha, but many who came to see it as a sideshow attraction, and ended up listening to what they didn’t want to hear. Or know.

Meanwhile, last week about a thousand 500 delegates from 34 countries met in Havana. According to Edwin Bravo, one of its organizers, the forum discussed the origin and foundation of spiritualism, of his practice as a science, and neurophysiology of mediumship. The forum was behind closed doors, but is known they spoke of the Gospel of spiritualism.

In Cuba, many people read Kardec (1804-1869), especially his classic foundational The Book of Spirits. It is estimated that here there are 574 companies established of spiritualists and another 400 in the process of recognition, trailing only Brazil, home of the International Spiritist Council.

“We Cubans (…) are proud that the International Spiritist Council has selected Cuba as its headquarters, for its great spiritual vocation and his commitment to building a world of peace,” said Caridad Diego, head Office of Religious Affairs of the Central Committee of the Communist Party of Cuba.

“The Cuban government has given us every opportunity to create, build and continue this work,” said Cuban Servando Agramonte, adding that his colleagues on the island aspire to create a national confederation.

Well … let them will bring positive energy then…