The new centers for the application of the vaccine candidate are distributed in three of the capital’s municipalities where the aim is to immunize more than 378,000 volunteers. 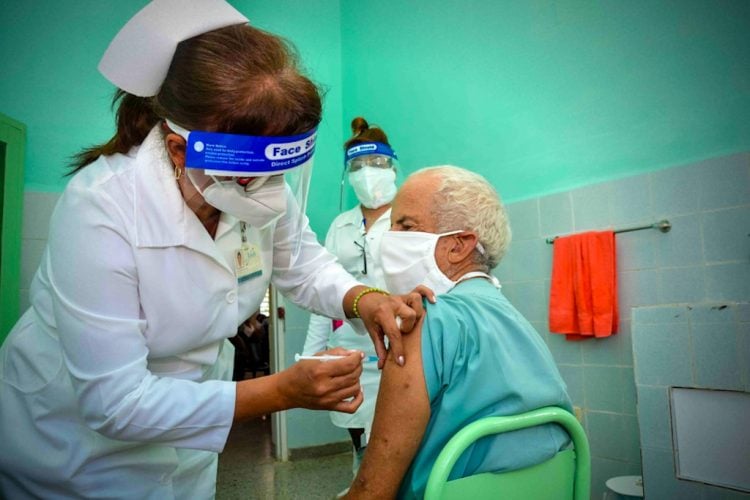 The Havana municipalities of Arroyo Naranjo, Cotorro and Boyeros will also be part of the health intervention with the Abdala vaccine candidate in risk groups and territories.

A total of 473 sites were opened this weekend (196 in Boyeros, 189 in Arroyo Naranjo and 88 in Cotorro), according to the information published by the island’s official media.

Dr. Rolando Montero Díaz, head of the center for the organization of this procedure in the capital, affirmed in statements to the press that this process corresponds to the second part of the vaccination plan in Havana.

The health intervention in outpatient and psychiatric centers has also been carried out since this Saturday in the territory.

The municipalities of Habana del Este, San Miguel del Padrón, Guanabacoa and Regla maintain the planned vaccination program with the administration of the second dose among the volunteers.

Dr. Nilda Roca Menéndez, provincial deputy director of health, said that the first dose of Abdala in the municipalities that are joining the trial will be administered within a period of between 10 and 12 days with the aim of immunizing more than 378,000 people.

The participants include those over 19 years of age and without age limits, except for people with exclusion criteria, associated with the presence of chronic and decompensated diseases, in addition to those allergic to thimerosal, pregnant women and those undergoing cancer treatment and infections requiring antibiotics, among other medical contraindications.

Montero Díaz affirmed that by the end of August the capital’s entire population included in the previous parameters should be vaccinated.