A statement from the General Calixto García University Hospital affirms that the multidisciplinary medical care received by Luis Manuel Otero Alcántara “has allowed his full recovery,” although it does not specify whether, after his discharge, the activist would return to his home or be transferred to another non-hospital facility by Cuban authorities. 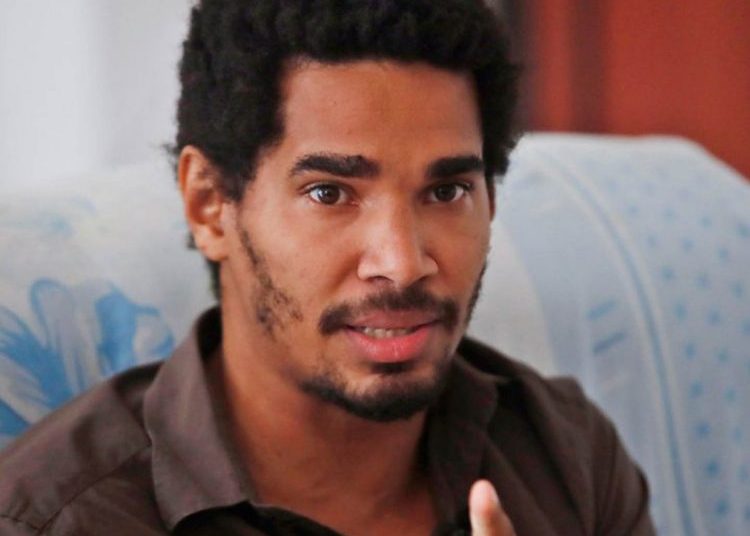 The artist and opposition activist Luis Manuel Otero Alcántara, who remained hospitalized in a Havana hospital after having declared a hunger and thirst strike, received a medical discharge this Monday, according to Cuban health authorities.

According to a statement from the General Calixto García University Hospital, where Otero Alcántara had been hospitalized for four weeks, “the medical team has decided to discharge him from the hospital today,” after “the multidisciplinary medical care received has allowed his full recovery.”

The official statement does not specify whether, after his discharge, the activist would return to his home or be transferred to another non-hospital facility by the Cuban authorities.

The note, released by Havana’s Provincial Department of Health, reiterates that the opponent was admitted “with a diagnosis of referred voluntary starvation,” and said that he “has reiterated his gratitude to the personnel who have been in charge of his care.” In addition, it affirms that this personnel “has respected the wishes of the patient, both in terms of medical procedures, care, nutrition and the time spent” in the healthcare center.

This contrasts with the controversy unleashed on social networks about the stay in the hospital of the leader of the opposition San Isidro Movement (MSI), which have affirmed that the activist was “kidnapped” by police forces and held incommunicado.

The statement from the Calixto García Hospital also indicates that “during the hospital stay (of Otero Alcántara) his evolution has been favorable, with clinical and laboratory parameters that are all within normal ranges.”

In addition, it points out that “for several days he has been on a free diet, which meets nutritional needs” and that “in this period he has gained weight and recovered his energy requirements.”

The foregoing rekindle doubts about the health status of the opponent upon his arrival at the hospital and during part of his stay and contrasts with what was stated by the Cuban health authorities themselves at the time of his admission.

At that time, an official statement assured that after the physical checkup carried out upon his arrival at the hospital “no signs of malnutrition were found, with the presence of normal clinical and biochemical parameters.” In addition, after a group of tests carried out, the note added “that taking into account what was indicated by the subject, that is, starvation, the current parameters of the patient do not correspond to the aforementioned, which indicates that there was nutrition and hydration,” although it added that “the corresponding medical actions” were being continued.

Otero Alcántara, 33, was admitted to the hospital on May 2 after declaring himself on a hunger and thirst strike for a week in protest against police harassment and the destruction of several of his works by police officers, which has been denied and called into question by the official media and spokespersons.

Organizations, activists and friends of the opponent staged a campaign to demand his release, considering that he was being held against his will in the hospital, where, according to their reports, a strong security force was deployed and those close to him were not allowed access, with the exception of some close relatives.

Several international entities and institutions expressed concern about Otero Alcántara’s situation, including Amnesty International, Human Rights Watch, the U.S. Government, and the European Parliament. Meanwhile, the Cuban authorities reiterated that both the MSI leader and other opponents are “mercenaries” who receive money from the U.S. government to carry out subversive activities on the island, such as a campaign of discredit and a “soft coup” against the Cuban government.