The operation lasted more than 123 hours and spanned some 8,800 square miles. 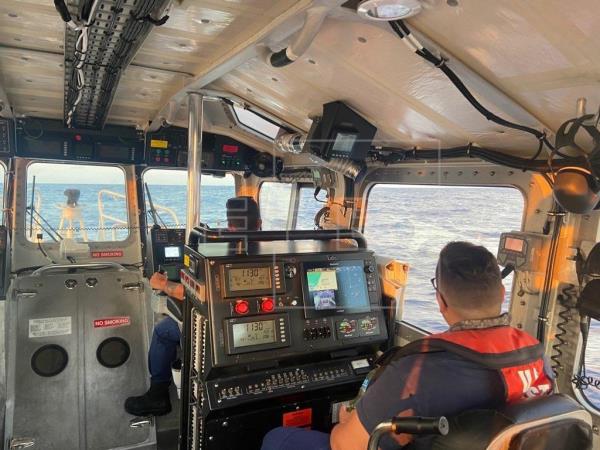 Photo courtesy of the U.S. Coast Guard, showing two of its members during the rescue of several people on May 27, approximately 16 miles (25 km) south of Key West, Florida. Photo: U.S. Coast Guard.

The United States Coast Guard reported that it suspended the search for ten Cuban immigrants who went missing on the 26th, 16 miles south of Key West, when their boat sank.

The search was suspended late Saturday night. The bodies of the immigrants could not be found. The remains of two other Cubans were found last Thursday, the Coast Guard said in a statement.

On the 27th, during a routine patrol, a coast guard crew spotted several people in the water, but they were only able to rescue eight survivors and the bodies of two dead people.

The former reported that the boat in which they were traveling had left the Port of Mariel on the 23rd, and that on the night of the 27th the boat capsized. Ten people disappeared.

The search for the missing lasted more than 123 hours and spanned some 8,800 square miles.

Captain Adam Chamie, commander of the Coast Guard’s Key West Sector, said the decision to suspend a search is “always difficult” but is made after “careful consideration of all the facts.”

Several vessels and aircraft participated in the operation, including four planes and three helicopters.