Of the total number of infections, 1,131 are due to autochthonous transmission, 1,072 were contacts of confirmed cases and the number of those who were infected abroad decreased to 30, all Cuban travelers. 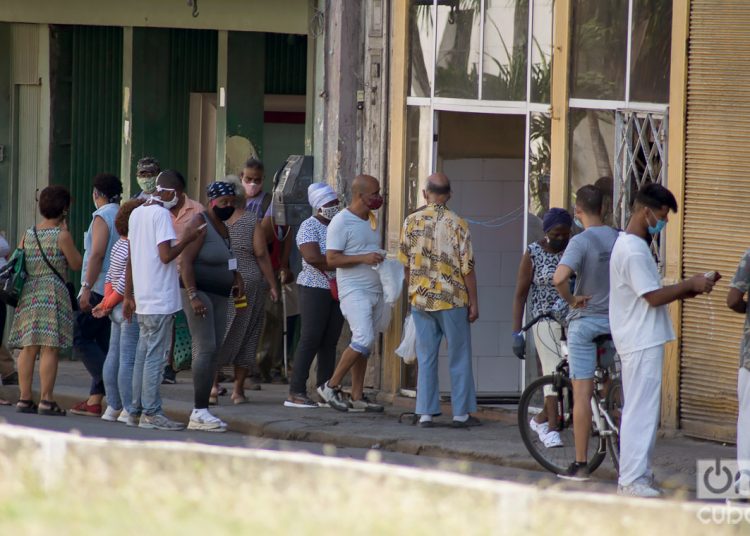 The Cuban health authorities reported today 12 deaths as a result of COVID-19 and 1,161 infections caused by the SARS-CoV-2 virus in the last 24 hours, after the processing of 22,332 PCR samples.

There were 1,201 discharges, with which 145,337 patients have already recovered on the island from this disease.

Meanwhile, there were 25,955 admissions, of which 141 correspond to ICUs, where 54 people were in critical condition and 87 in serious condition.

According to the report issued by the Ministry of Public Health (MINSAP), the deceased were eight men and four women aged between 41 and 97 years and residing in municipalities of Havana, Artemisa, Camagüey, Las Tunas, Granma and Santiago de Cuba.

Of the total number of infections, 1,131 are due to autochthonous transmission, 1,072 were contacts of confirmed cases, and the number of those infected abroad decreased to 30, all Cuban travelers from Russia (26), Spain (one), and the United States. (one), Panama (one) and Germany (one).

On the contrary, Granma diagnosed four cases and the Isla de la Juventud special municipality did not report any, despite having processed samples on the day.

Regarding the incidence rate, Cuba discreetly decreased it to 146.2 per 100,000 inhabitants in the last 15 days, and the three provinces that in first place in this indicator are Havana, Mayabeque and Santiago de Cuba.

Eight municipalities in the capital, two from Mayabeque and two from Pinar del Río concentrated 31.8% of the transmission in this period.

Of these, Quivicán has the most worrying situation, due to its rate of 1,045.9 per 100,000 inhabitants, as a consequence, among other causes, according to Dr. Francisco Durán, of an active event it is facing.

Of the people diagnosed yesterday, 49% were asymptomatic.