Local authorities reported this Sunday that the Cubans remain at the Johan Adolf Pengel International Airport, 45 kilometers south of the city of Paramaribo, the capital of Suriname, although there is no data on why and how they ended up in that South American country. 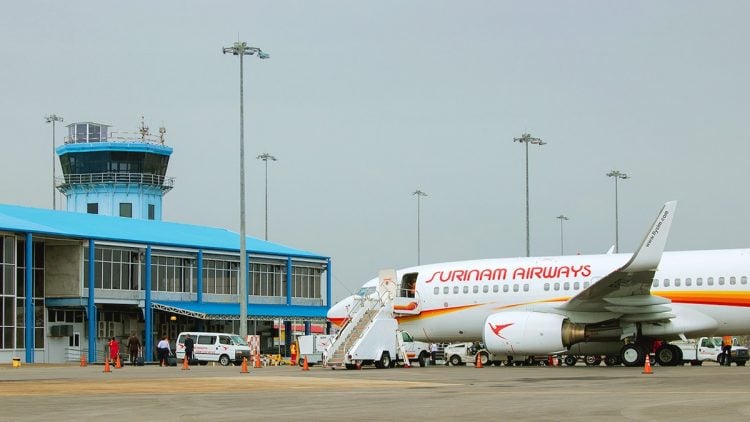 Around a hundred Cubans remain stranded at the main airport in Suriname after the cancellation of the flight that was supposed to transport them to Managua, the capital of Nicaragua.

Local authorities reported this Sunday that the Cubans remain at the Johan Adolf Pengel International Airport, 45 kilometers south of the city of Paramaribo, the capital of Suriname, although there is no data on why and how they ended up in that South American country.

The situation worsens by the day due to the unease over their situation, which has lasted for two weeks and has led to Cubans roaming the infrastructure in what the local authorities are beginning to classify as a health problem.

The situation they are experiencing comes after a charter flight that was going to pick them up to take them to Nicaragua never landed in Suriname. The travel plan, according to available information, was established by SLM, a commercial retail company with operations throughout the Americas.

The airport authorities indicate that as a result of the presence of the group of Cubans, an unhealthy situation has already been declared at the airport. The Cubans complain that the company was supposed to charter them to Managua on May 31, but the aircraft never arrived.

Suriname’s Minister of Transportation, Communication and Tourism Albert Jubithana told reporters that an in-depth investigation into the situation has been launched and that those responsible will have to shoulder their responsibilities.

The stranded Cubans denounce that they paid $2,500 for a ticket, while the market price is around $1,000, so they feel doubly upset.

The SLM — which acted as an intermediary — disclosed in a press release that, in accordance with the terms and conditions included in the agreement, the passengers and the airline that was going to charter the plane are responsible for ensuring that all the documentation is prepared to make the trip, which supposedly did not take place.

Jubithana has asked the Department of Justice of his country and the Police Department for an in-depth investigation to find out if it is a fraud and who is responsible.

The official also asked the airport authorities to keep the situation under control, since infrastructure employees indicated that Cubans are anxious and do not follow the required behavioral guidelines and have even begun to destroy properties.

Jubithana also maintained that the government of Suriname should not bear the costs of transportation for this group, although he was in favor of finding a solution as soon as possible.