This will be the first foreign-manufactured vaccine to be applied on the island, which has three of its own immunogens already approved for emergency use. 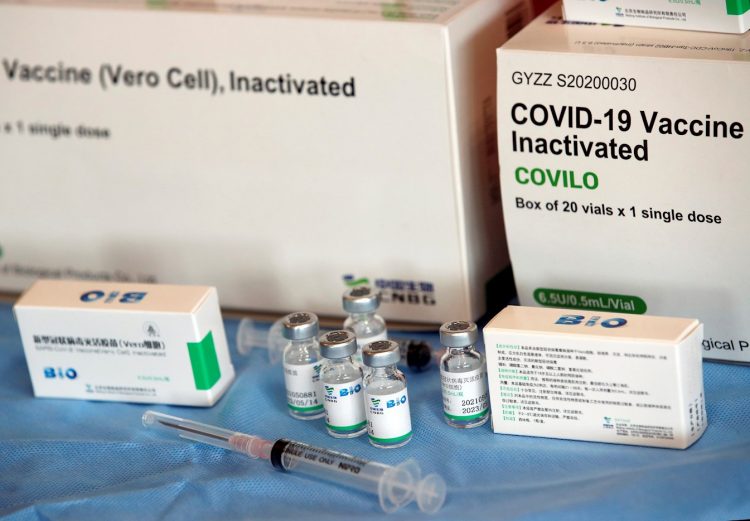 Cuba will begin to administer the Chinese Sinopharm COVID-19 vaccine, along with a booster dose of the Cuban Soberana Plus, in Cienfuegos province, one of the territories most affected by the pandemic in recent weeks.

This will be the first foreign-manufactured vaccine to be applied on the island, which has three of its own immunogens already approved for emergency use.

The director of the Finlay Vaccine Institute (IFV), Dr. Vicente Vérez, told the state Agencia Cubana de Noticias (ACN) news agency that this Sunday Cienfuegos residents aged 19 and over who have not been vaccinated would start being vaccinated with the two doses of Sinopharm.

Twenty-one days after the second dose — the same interval between the two initial administrations — the booster dose of Soberana Plus will be injected, the source said.

Vérez added that the objective is to immunize the population in the face of more contagious variants of the coronavirus that, in the case of this province, have exceeded a thousand infections for several days in a row. In addition, he said that it is expected that groups in pediatric ages of 12 to 18 years of age will be vaccinated in September.

The specialist highlighted that the Chinese Sinopharm vaccine — developed by the Beijing Bio-Institute of Biological Products — has an efficacy of 79% and has been recommended by the World Health Organization. He assured that “the doses required for a population considered small like of Cienfuegos are available and guaranteed.”

That immunization, he explained, “would cover the seven municipalities, since the adults of the provincial capital are in the phase of completing the third dose of vaccination with Abdala, a 100% Cuban product with an efficiency of 92.28%,” the ACN specified, according to which “the possibility was advanced that on September 5 teenagers (between 12 and 18 years of age) would start being vaccinated in the municipality of Cienfuegos.”

Thanks to this, “Cienfuegos will probably be the first province to vaccinate almost the entire adult and pediatric population at the same time,” said Dr. Vérez, who did not clarify whether the vaccines from China to be used in that territory were purchased or whether they are part of a donation.

Just a week ago, the local press showed the “unprecedented scenario” that the province was going through due to the lack of diagnostic tests, an accumulation of PCR tests without results and the “inefficient management of cases in primary health care.” In addition, it warned about the lack of doctors and the consequent overload on the staff who kept working, which had a negative impact on the health situation.

However, according to official statistics, the number of cases has decreased in recent days.

Cuba did not join the Covax mechanism of the World Health Organization (WHO), created for low-income countries to access vaccines, nor did it acquire them on the international market. The health authorities of the Caribbean country have said that they did not refuse to receive vaccines through the WHO, but decided to invest in their own formulas.

The decision to administer the Sinopharm vaccine in Cienfuegos has attracted the attention of specialists and Internet users, especially when the island aspired to immunize its entire population with nationally produced drugs.

After hearing the news, Cuban molecular biologist Amílcar Pérez Riverol — based in Brazil and who has closely followed and analyzed the vaccination process in Cuba — commented on social networks that the decision to apply the Chinese formula could be associated with limitations in availability of doses of Cuban vaccines and the urgency due to the explosion of cases.

Cuba “has fallen far short of its initial projections for vaccination,” explained the researcher at the University of the State of Sao Paulo (UNESP).

In May, the Ministry of Public Health reported that the forecast was to have 70% of the population fully vaccinated in August, the expert recalled, emphasizing: “we are closing the month and that figure is 2.5 times lower.”

He added that Cuba’s vaccination campaign “has not managed to meet the projection for July 2021 which was 33.5%” and stated that “not even considering the percentage of the population that has received at least one dose (approximately 47%), has the country neared its projection for August.”

In another publication, Pérez Riverol himself questioned the way in which the announcement of the use of Sinopharm in the Caribbean country was made and the absence of a further official explanation for its use.

“Why is the use of a vaccine announced that more than 99% of the Cuban population has never heard of two days before its application begins in Cienfuegos?” he wondered.

“What did it take to describe the elements that led to its being recommended by the WHO for emergency use?” and, “what is even more important, where is the endorsement of the Cuban regulatory agency (CECMED) or, failing that, the explanation of the mechanism that protects the use of this vaccine in Cuba, I suppose based on the recommendation of the WHO or other agencies?” he added.

So far, neither the authorities nor the main official media on the island have answered these and other questions on the subject. A Mesa Redonda television program was scheduled to be held this Friday on the vaccination process, where perhaps this issue would be addressed, but it was suspended due to the passage of Hurricane Ida through western Cuba.