According to the statistics on autochthonous and imported infections, this is the third highest figure; however, the decrease in imported cases, to 11 this time, made the disease caused by community infection predominate. Two deaths were also reported. 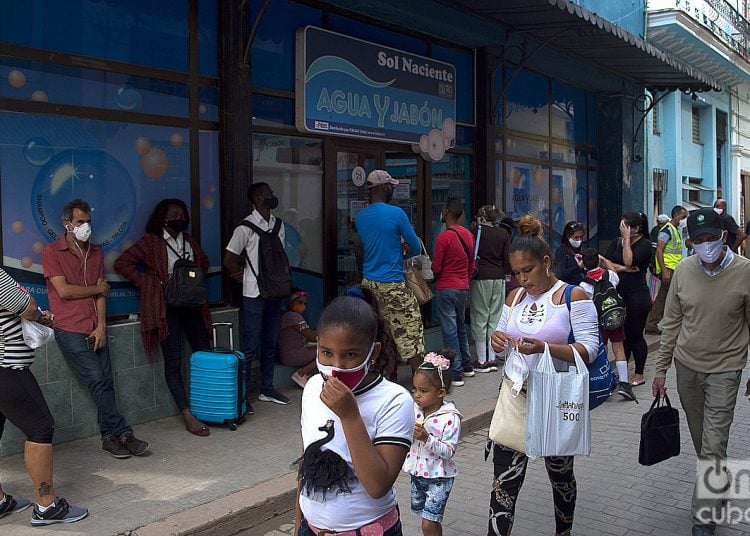 People in the Obispo street, in Havana. Photo: Otmaro Rodríguez.

SARS-CoV-2 virus infections due to autochthonous transmission registered their highest figure this Monday, with 1,030 cases being notified throughout the country, although total infections totaled 1,041, according to the report published by the Cuban Ministry of Public Health (MINSAP).

According to the statistics on autochthonous and imported infections, this is the third-highest figure; however, the decrease in imported cases, to 11 this time, made the disease caused by community infection predominate.

During the day, 18,087 samples were processed and 54.4% of those diagnosed were asymptomatic. Three foreigners tested positive for the virus on the island.

The provinces of Havana (491 total cases) and Pinar del Río (123) registered the highest number of COVID-19 patients, despite the fact that all territories reported infections. Matanzas and the special municipality of Isla de la Juventud, by contrast, reported the lowest figures: five and six, respectively.

In terms of incidence rate, Havana remains in the lead followed by Mayabeque and Pinar del Río. The statistic for the capital is 278.3 per 100,000 inhabitants.

Two deaths from the virus were also reported on the day, from Pinar del Río, 86 years old, and a woman, from Havana, 72 years old. Now the death toll from the pandemic stands at 352 in almost a year.

An aspect highlighted by Dr. Francisco Durán, during his television appearance this Tuesday, was the high number of patients under 20 years of age; 177 this time. Within this group, 152 are of pediatric age.

Another vulnerable group, given the mortality and the number of cases in intensive care, is those over 60 years of age, with 191 patients yesterday. The rest of the infections are cataloged in this way: 338 between 20 and 39 years old, and 335 between 40 and 59.

As of midnight, 23,436 patients were admitted to hospitals or specialized care centers; 68 of them were in intensive care: 27 in critical condition and 41 in serious condition.

The recovered reached 52,593, after yesterday’s 884 discharges, “a negative balance compared to the number of cases,” according to the specialist in epidemiology.

March adds 7,017 infections and 28 deaths from coronavirus, the MINSAP confirmed.