Ten deaths on Thursday, when the virus and its disease, COVID-19, also set a record for children under 18 years of age in whom the disease is active: 817. 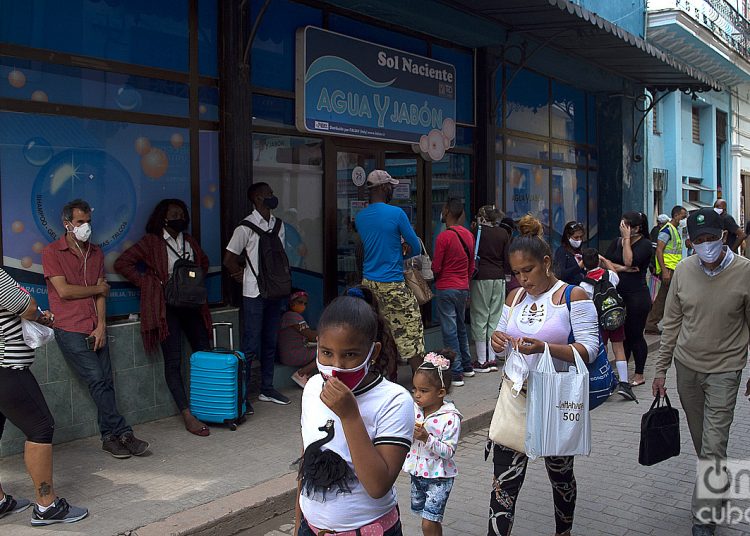 Cuba had another disastrous day for its indicators: ten deaths this Thursday due to the SARS-CoV-2 virus and a new record in daily infections, 1,241, which exceeds the number registered on the previous day, when the Ministry of Public Health (MINSAP) reported the highest figure in thirteen months of fighting this pandemic.

But the virus and its disease, COVID-19, has also set a record in terms of children under 18 years of age in whom the disease is active: 817. In this group, there were 178 positive cases of minors, out of the 191 under 20 reported. Even when there are still days to go before the end of April, there are 3,295 patients with the coronavirus in pediatric ages, and the average number of cases per day in this period has been 150.

Because of all this, Dr. Francisco Durán has reiterated the need to protect people who are in risk groups, a portion of the population in which nine of the 10 deaths today are classified.

As for the 1,241 positive samples, of the 22,217 processed yesterday, according to the Ministry of Health, the highest positivity rates corresponded to Holguín, Havana, Granma and Matanzas provinces.

Most of the patients owe the contagion to autochthonous transmission (1,205), 1,165 were contacts of confirmed cases and there were 36 imported cases, mostly Cuban travelers from Russia, the United States, France, Spain, the Bahamas and Italy. In addition, six foreigners were diagnosed with coronavirus, with nationalities of France, Portugal, Vietnam, Congo and Qatar.

On the contrary, Las tunas (9), Mayabeque (6), Villa Clara (6) and Ciego de Ávila (4) accounted for the lowest number of infections in 24 hours. The special municipality of Isla de la Juventud did not report patients.

The island has raised the incidence rate to 138 per 100,000 inhabitants in the last two weeks and 12 municipalities in the west and center of the country concentrate 36.4% of the transmission: seven from Havana, four from Matanzas and one from Sancti Spíritus.

On the day, 910 discharges were reported, 66 patients were in ICUs (30 in critical condition and 36 in serious condition) and, in general, there were 24 277 hospitalizations. Active confirmed cases reached 5,623 people.

47.9% of those diagnosed were asymptomatic.