The 12 deaths reported this day represent the second highest figure, after the one reported on the 17th. 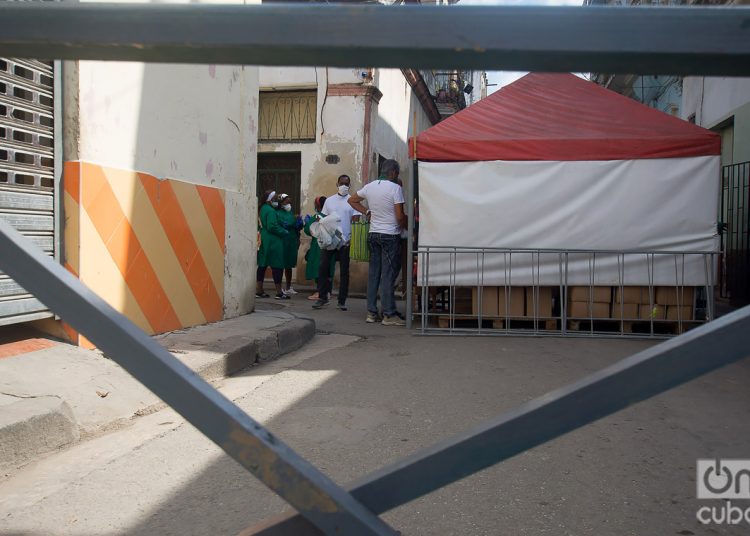 The number of deaths from the SARS-CoV-2 virus rose to 12 on Wednesday in Cuba, according to the report issued today by the Ministry of Public Health (MINSAP), which also highlights the 1,207 infections of the day, a record number in the 13 months of confrontation with the pandemic.

Deaths now total 559, of which 134 have occurred in April, a month in which the incidence rate is 0.62%, although this statistic remains at 0.57% throughout the pandemic. The deaths reported this day represent the second highest figure, after the one reported on the 17th.

As for the 1,207 infections, a higher figure after the one reported on April 19, most of them are due to autochthonous transmission (1,183), 1,152 were contacts of confirmed cases and in 24 individuals the virus was acquired abroad, Cuban and Indian travelers from Russia, India, the United States and Spain.

On the day, 30 Indian citizens tested positive for the coronavirus; of these, 22 owe COVID-19 to autochthonous transmission, as happened with two Turkish citizens, one from Chad and one from Congo.

The provinces with the highest records of positive cases are concentrated in the east and west of the country. Havana had the highest record (681), followed by Matanzas (105), Mayabeque (87), Granma (82), Santiago de Cuba (74) and Holguín (53).

On the contrary, Villa Clara (five), Camagüey (seven), Guantánamo (two) and the special municipality of Isla de la Juventud (one without specifying the origin of the infection) reported the least amount of daily infections.

Seven Havana municipalities, four from Matanzas and one from Sancti Spíritus represent 37.8% of transmission in the last two weeks, when, by incidence rate per 100,000 inhabitants, the provinces with the highest rates have been Havana, Matanzas, Sancti Spíritus and Granma.

Until midnight, 23,393 people were hospitalized and there were 5,302 confirmed active cases. Patients in the ICUs increased to 70: 27 patients were in critical condition and 43 in serious condition.

There were 1,016 discharges, with which 92,050 patients have already recovered.

Yesterday, according to the MINSAP, 21,830 samples were processed and the highest positivity was in Mayabeque, Granma, Havana and Holguín provinces. 46.6% of those diagnosed yesterday were asymptomatic.