The controversy over the payment of property confiscated from U.S. citizens continues in relations between Cuba and the United States. 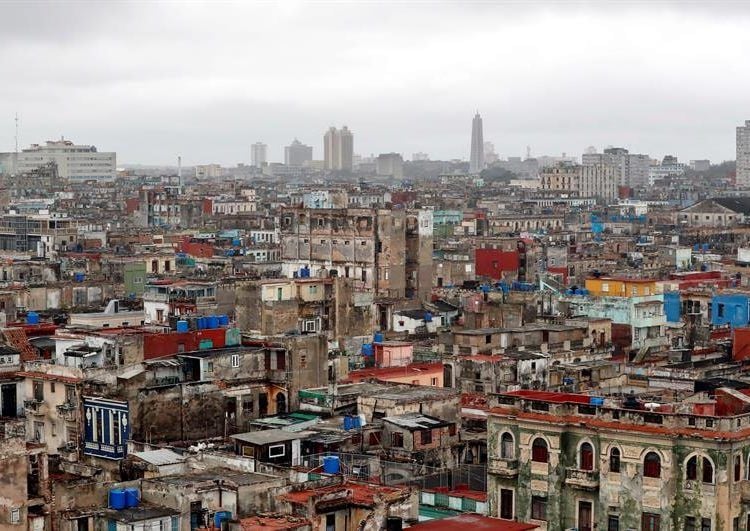 Every Cuban closely (or by hearsay) knows about the Helms-Burton Act. Although they may never have read or studied it beyond school or what the newscasts say, they do recognize its link with the almost sixty-year-old U.S. economic blockade on Cuba.

The “Liberty Act” of 1996 (not exactly an act, but an agreement) codifies part of the framework of regulations called embargo or blockade. Within it there is a special section, Title III: the most recent controversy surrounding U.S.-Cuba relations.

This part of the legal framework would allow U.S. citizens and Cubans naturalized as U.S. citizens to sue companies that do business with Cuba and use or “traffic” with properties expropriated by the Cuban government from U.S. citizens.

The president of the Cuban Research Center, Philip Peters, said during a telephone conference that Title III of the Helms-Burton Act does not seek to solve the compensation of property confiscated from Americans in Cuba, but that rather it is a way of exercising economic pressure to promote a political change in Cuba.

During the conference, organized by the bipartisan organization Engage Cuba, Peters mentioned that the implementation of Title III would directly affect the Cuban economy by attacking foreign direct investment.

As for the idea that at least 200,000 claims will flood the courts in the United States, Peters remains more conservative about the number and states that there will be fewer claims than that amount.

Peters explained that the act has an extraterritorial nature that disagrees with any international regulation that protects the property of its citizens. “For example, just in this act is it estimated as compensation for the property that it be three times its original value. In addition, this act allows citizens who were not nationals at the time of expropriation, to place lawsuits in U.S. courts if Title III were to be enforced,” he told OnCuba.

Regarding the possibilities of economic exchange with Cuba in a scenario where Title III exists, Peters explained that currently not all business opportunities with Cuba are closed, since businesses in agriculture, telecommunications, energy, cooperatives and health remain open, sectors that would not necessarily be affected.

James Williams, president of Engage Cuba, said that this is part of the strategy of the hardliners, to use this complicated vehicle to achieve a simple objective: to harm the Cuban economy and make it difficult for everyone else to understand and fight against it.

However, he did not rule out the possibility of working in the near future on a proposal similar to the 2002 “Sunset of the Helms-Burton Act,” which sought to end the act from the U.S. Congress.

“Property claims could be resolved at any time between Cuba and the United States if there was an agreement. Obviously, invoking Title III will make it extremely unlikely that both countries will work in the near future and constructively to resolve property claims,” Williams told OnCuba.

While Donald Trump decides whether to suspend Title III or not, there are many aspects that call into question its real legitimacy and show the possible consequences of its enforcement. Here are some of them:

1- Title III has never been put into practice as it has been continuously suspended by the Clinton, Bush, Obama and Trump administrations.

3- Contrary to what many believe, Cuban-Americans could not claim compensation for personal property, specifically residential property, confiscated in Cuba after the triumph of the Revolution.

4- Only the properties or lands valued at 50,000 dollars (at the time) or more are suitable to be claimed.

5- There were two programs (with a restricted period of time) during which the claims were formally allowed.

6- The total number of claims amounted to 8,816 in the first program. Of these, the Department of Justice commission found that 5,911 could be compensated. In the second program, five more were presented and only two were accepted, for a total of 5,913.

8- In the 1990s the extraterritorial nature of the act led countries such as Canada and Mexico, as well as from the European Union, to create their own laws that counter the Helms-Burton and protect their commercial interests with Cuba.

9- Within the possible demands, transactions and uses of properties related to legal trips to Cuba are not considered as “trafficking.”

10 – The return of the value of the confiscated properties could be a condition to put an end to the embargo, hence generating controversy about whether the main objective is to pay compensation for the economic damages to its citizens or only to encourage “the regime change.”

“It is the sense of the Congress that the satisfactory resolution of property claims by a Cuban Government recognized by the United States remains an essential condition for the full resumption of economic and diplomatic relations between the United States and Cuba,” says the Helms-Burton Act.