The list, compiled by Bloomberg Healthiest Country Index, has Spain as leading nation. 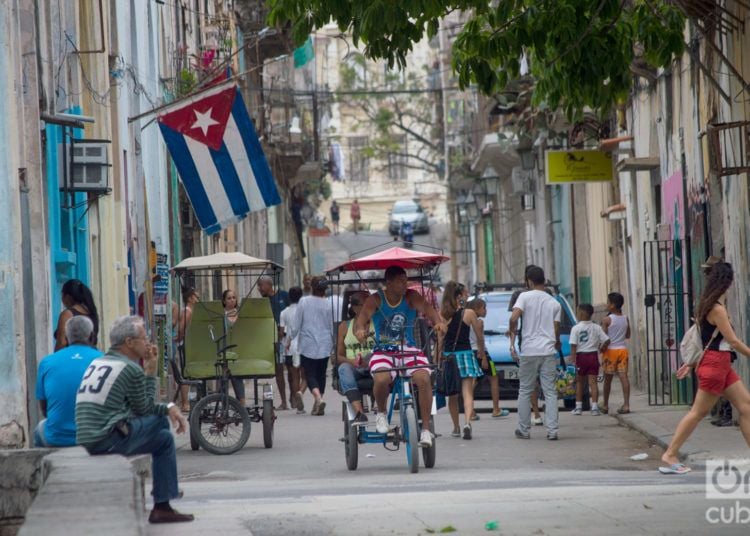 Cuba ranks 30th among the healthiest countries in the world, according to an international study in which Spain ousted Italy from its leading position.

In the study, made by Bloomberg Healthiest Country Index, Cuba obtained 74.66 out of 100 points, to be at the forefront of Latin America ̶ followed by Chile and Costa Rica in 33rd place ̶ and among low-income countries. In addition, it surpassed by five positions the United States (73.02 pts), according to the report published this Sunday.

The island advanced a place with respect to the 2017 list, when it was rated 74.23. One of the reasons for this position, according to Bloomberg, is the Cuban health system’s emphasis on preventive care.

The study classifies countries with more than 300,000 inhabitants, according to variables such as life expectancy, access to drinking water, eating habits and the efficiency of the health care system, while penalizing risks such as smoking and obesity. In addition, it takes environmental factors into account. 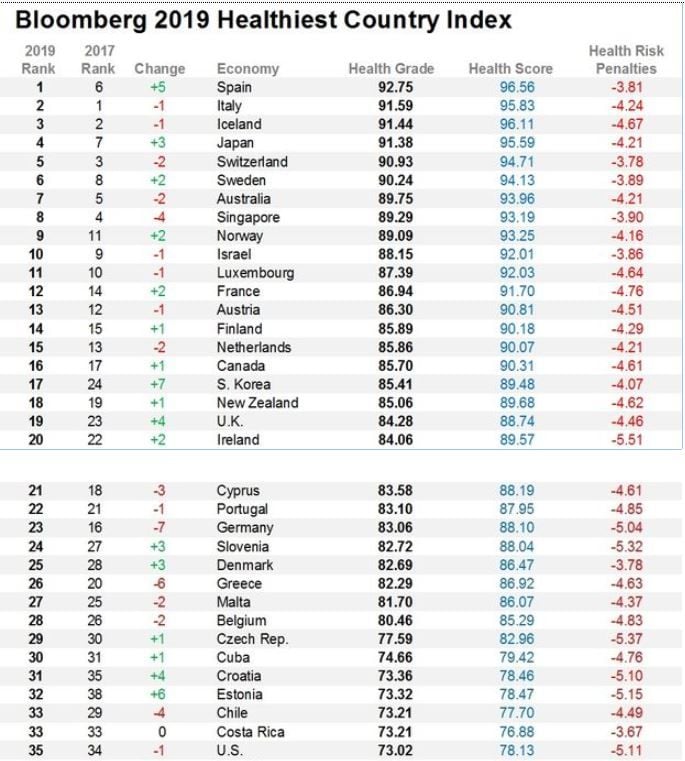 Spain was considered the healthiest country in the world, with a score of 92.7. Thus, it advanced six positions since the 2017 analysis and sent Italy to second place (91.59), which had been the leader until then.

To argue this upswing, Bloomberg pondered the benefits of the Mediterranean diet, especially olive oil and nuts, as well as the quality of the Spanish health system that “covers with special attention early age, women and the elderly, managing to reduce cardiovascular diseases and cancer.”

Spain also holds third place in the world in terms of healthy life expectancy, with an average of 72.1 years, according to a study prepared by the University of Washington – Institute for Health Metrics and Evaluation.

As for other European countries, the report highlights that France ranks 12th, the United Kingdom 19th, Portugal 22nd, Germany 23rd and Belgium 28th.

As for North America, Canada is in position 16th and the United States in 35th, while in Asia, in addition to Japan and Singapore, South Korea stands out in 17th place.

The study, excluding exceptions such as Cuba, demonstrates the highly developed nations’ leadership in terms of health indicators and their correlation with socioeconomic conditions.

The opposite side is that of low-income countries such as Haiti, Afghanistan and Yemen, hit by crises and wars and which are at the bottom of the list.