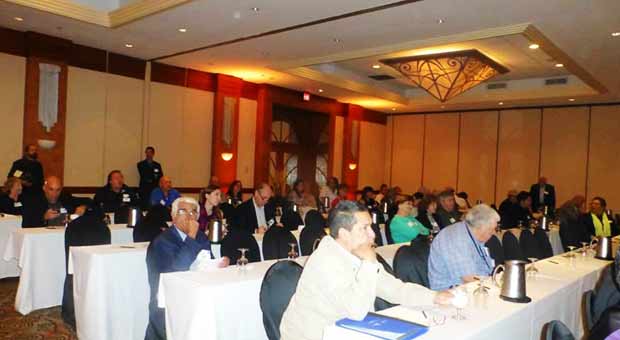 The ” U.S. / Cuba Relations, the Second Obama Administration: The Cuban – American Community and changes in Cuba – Building bridges for better relations” conference was held in Miami this weekend convened by CAFE (Cuban Americans for Engagement) and in collaboration with other organizations: FORNORM (for Normalization), Cuba Educational Travel and Generación Cambio Cubano (GCC) .

The event brought together intellectuals, activists and entrepreneurs, Cuban -Americans, Cubans and Americans, in order to discuss relations between the two governments and peoples, especially among Cubans of both sides of Straits of Florida.

The conference takes place in the context of recent approaches from prominent Cuban exiles in the United States to the island, and the gradual changes being made by the Cuban government, with a highlight on the new Immigration Law, implemented in January 2013 and the real possibilities of foreign investment in the island, whose magnanimous evidence is the opening of the Port of Mariel, in joint administration with Brazil.

“One problem with the Foreign Investment Law of 1996, it gives discretion to the government to decide whether it approves a case or not “political scientist Arturo Lopez -Levy, a member of CAFÉ, said. This has meant that Cuban residents in other countries, especially Cuban – Americans cannot legally invest in the country.

From the Island they called Roberto Veiga and Lenier Dominguez, editors of Espacio Laical magazine , Yasmin Silvia Portales Machado , activist and blogger and self-employed Abiel San Miguel Estevez, whose respective papers formed the first panel of the conference: “Changes in Cuba and the external environment : A view from the island. “

According to Jorge de Armas, a Cuban- American member of CAFE, it is of considerable importance that ” the participation of speakers living in Cuba went beyond the intellectualized debate on Cuba . The participation of Abiel San Miguel Estévez, manager of a recognized paladar (private restaurant) in Havana, Doña Eutimia, led to a very rich debate on the ways in which business moves, the relationship of the employer with the tax, banking and institutional environment, resulting clearly that the context is favorable for the development of small private enterprises in Cuba . “

Collin Laverty, Hugo Cancio, Silvia Wilhelm and Geoff Hale were in the second panel, convened to discuss “people to people contacts: towards a greater exchange relationship between the two societies? The Cuban-American community as a bridge. “

The last of the tables, composed by Guillermo Grenier, Arturo Lopez-Levy and Antonio Zamora addressed the “government-Government Relations: How to improve trade relations between the Cuban and American societies from talks between the governments of Cuba and U.S. “.

The U.S. blockade against Cuba was the main topic throughout the conference, as was the inclusion of Cuba, by the United States in the list of countries that promote terrorism. “Also in insisting that the Cuban government allowing Cubans living in the United States to purchase properties in Cuba and the right to invest their capital in the island” were the words of Mary Caridad Cumana, who moderated one of the panels.

Asked about the impact that the conference could have on the real relations between Cubans on both sides and between both governments, Jorge de Armas states: “In the case of this event is the impact in two ways, the first is to show that Miami, as a historical enclave of regime change policy toward the island has changed, its composition has changed and the interests of the community are no longer in tune with anti-Cuban policies and against all contact. The second is that organizations that are seeking this approach are still marked by different wills that can join for the common good. “

Meanwhile Cumana, states: “In general I found it a very positive and instructive meeting because it was possible to have first hand information on the work of these groups and hear different opinions on different topics all related to Cuba.”

About the context that would foster practical solutions, which were discussed at the event, De Armas recognizes that: “It is in the will of the President to remove Cuba from the list of terrorist countries, this would enable some restrictions that signatory countries of counterterrorism treaties have could develop its relations with Cuba , banks that are not affected by the blockade but yes they are treaty against terrorist countries and could provide financial services to Cuban entities . Another practical possibility would be to exploit the fact that the U.S. embargo prevents having trade relations with the Government of Cuba , but to be a private sector could implement a tolerance threshold for U.S. companies to trade with the private sector. The executive may establish a general license for U.S. citizens’ travel to Cuba without limitations. “

Coming soon will circulate the conference proceedings, containing all the presentations and videos of them.