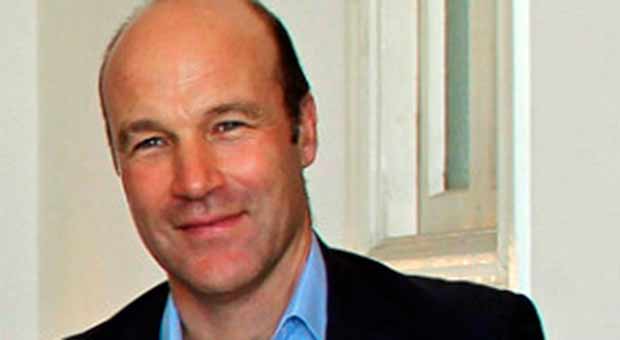 Despite the fact the United Kingdom is one of the top economies in the world, relies on powerful enterprises distributed worldwide, maintains good diplomatic relations with Cuba, and constitutes an important emitting market of tourists to the island, investments and commercial flow between the two nations are not in a relevant position in contrast with other European countries.

However, according to Tim Cole, ambassador of the UK to Cuba, that reality might change in view of the approval of a new Foreign Investment Law in Cuba and the incentives provided by Mariel’s Special Development Zone (ZEDM by its acronym in Spanish).

In statements for this article, Cole highlighted that even though Cuba is favored in the trading balance, there are development areas that are not exploited upright and it would be a positive thing that British companies would turn to these areas like biotechnology, tourism, and renewable energy.

He also pointed out that the presence of British companies such as Imperial Tobacco, British American Tobacco, Castrol, or Unilever is not enough to achieve a major boost for British capital in Cuba.

To what extent can the Cuban market be boosted before the British entrepreneurs?

My work as ambassador is to speak to those interested in this market and explain them what are the opportunities they have here. I think that their interest could riseconsidering ZEDM’s incentives and the new changes foreseen in the investment law in Cuba.

In what ways could ZEDM’s investment incentives favor British entrepreneurs?

The most important thing in this case is that there are different rules. I believe that not only Cuba, but any country that desires to bring foreign investmentsin, should establish proper regulations that favor and promote incentives and guarantees for foreign investors.

For the Cuban economy, direct foreign investments could be really fruitful but it is necessary to keep in mind the unusual economic structure of Cuba, given that most enterprises belong to the State. Nonetheless, I think it has been a right decision by the Cuban Government to attempt modifying the foreign investment law as this economy is not developing as it should as noted by the Cuban president Raul Castro.

In contrast with other European nations like France and Spain, the United Kingdom hasn’t thoroughly exploited the tourist sector…

In 2013, the United Kingdom issued about 150,000 British tourists to Cuba, which turned it into the first European issuer nation of tourists. We have tour operators working in Cuba and Virgin Atlantic has had a good performance here. Yet, it is true that in comparison with other nations like Spain or France we are not much into building hotels.

However, the British company Esencia Hotel & Resorts has a project here for the construction of a golf course with lots of conveniences, apartments, houses, in Carbonera, near Varadero beach, which is a transcendental step in the development of tourism in Cuba.
What are the advantages of direct foreign investments?

In my opinion Cuba would benefit with the access to high technologies and the acquisition of new ideas on the management of enterprises, or with the update of fresh knowledge on marketing and the promotion of products.

To what extent would the US blockade hinder the interest in negotiations with Cuba?

I’m sure there are British companies with branches in the US that will not invest in Cuba given those limitations. Banks have been fined by US authorities for maintaining contact with Cuba. Still, the British government is trying to explain Cuba’s opportunities to British entrepreneurs.

Relations move on and we already have a new coffee trademark in Europe called Alma de Cuba, which is sold through the internet and is produced with coffee harvested in the eastern Cuban province of Guantanamo.

I’d like to stress that I have recently visited the Isle of Youth, where I noticed remarkable progress in the development of renewable energy sources. In this case, there is political will from both governments to tighten relations and we are dealing with the Ministry of Energy and mines to contribute with the instauration of photovoltaic panels.

Frank Fernandez, 70 years and a promise