Cubans born outside the island must, from now on, have a Cuban passport to qualify for the Act since consular certificates are no longer valid. 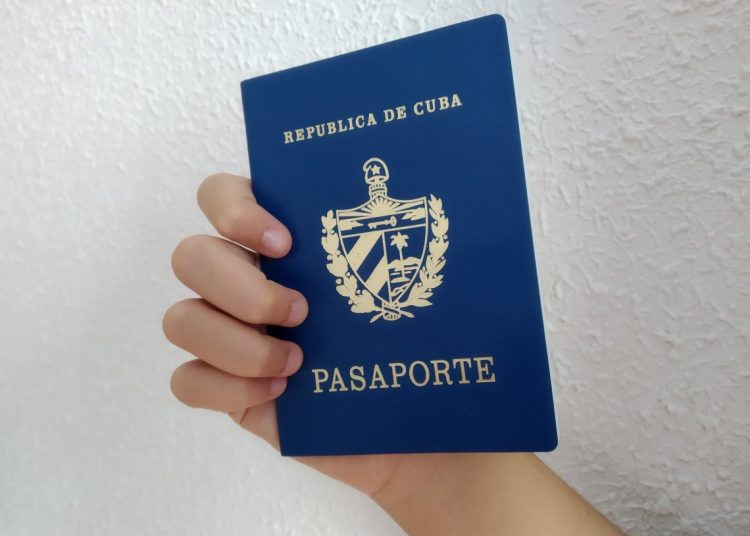 For the first time since it was promulgated in 1966, the Trump administration has touched the great migratory benefit that Cubans have to settle in the United States, with greater facilities than the rest of the immigrants: the Cuban Adjustment Act (CAA).

The CAA was created to facilitate the settlement in the United States of Cubans who arrived in the country without a visa but were granted entry through a parole, a work permit and other social benefits, and that a year and a day allows the definitive settlement with residence status, what is commonly called green card.

Until now, the mechanism allowed the settlement of all types of Cuban citizens carrying unexpired or expired passports, birth certificates, Cuban citizenship letters or nationality certificates issued by the Cuban authorities. But since this Wednesday the rules have changed a bit and affect the children of Cubans born outside the island.

According to a statement by the United States Citizenship and Immigration Service (USCIS), from now on the children of Cubans born abroad need a valid Cuban passport or a citizenship letter, documents that must be obtained on the island, since the birth certificates issued by the Cuban consulates are no longer valid, even if they certify that the applicant to qualify for the Adjustment Act is a Cuban citizen.

In a nutshell: the Cuban Adjustment Act automatically applies to everyone who was born in Cuba. Anyone born abroad, even if one of their parents is a Cuban, must travel to the island, “legalize” the consular documents of their birth registration, obtain a Cuban passport and then they can apply to qualify for the adjustment with their family.

And, the worst part is that what the statement clarifies and what is really worrying immigration lawyers is that in case the application by a Cuban born abroad is refused, he/she has no right to an appeal and his/her stay or entry into United States would be canceled.

This represents a serious setback in what, until now, was believed to be an inflexible policy by the United States given its tense relations with the island’s government and the traditional policy of welcoming Cubans because they were “fleeing communism” and was a solid source of Cuban-American electoral support. Moreover, the implementation of these restrictions is a “first step to putting an end to the Cuban Adjustment Act itself,” academician Arturo López-Levy explained to OnCuba.

“This must be seen as part of the adjustment of migration policies by the Trump administration, that perceives non-white immigration as a threat to American identity,” the analyst added.

It is also what the director of the Cuban Research Institute of the Florida International University, Jorge Duany, thinks. He also emphasized that it is one more restriction to the immigration policy for Cubans. “This opens not only the path to a new immigration policy but the Cuba policy suggests that there is a proposal to reduce visas for Cubans. They haven’t complied with the granting of 20,000 visas neither this or last year,” he said.

The fact is, López-Levy argues, that in this context, no matter how much Cuban-Americans support it, “it’s impossible to believe that an anti-immigrant administration would overlook the privileges of Cubans.”

On the other hand, the academician doesn’t perceive in these changes introduced in the CAA “a special hostility towards Cuba or the Cubans in general,” rather, “it is inserted in the administration’s general change of migration policies.”

No one answers the phone

OnCuba tried to get the opinions of the most important Cuban-American politicians established in Washington, who always advocated the inviolability of the Adjustment Act, but no one wanted to comment on the matter. Republican Senator Marco Rubio was not available, according to his office. The office of Republican Congressman Mario Díaz-Balart informed us that since the press advisor is on vacation abroad, there was no way to get something because “only she deals with the press.” In the offices of Democratic Senator Bob Menéndez and Congressman Albio Sires no one answered the phone or the insistent emails.

López-Levy believes he knows why: “It is the confirmation that there is a political gap between the migration vision of the administration and its Cuba policy.”

The gap is “in the contradiction in the way in which the administration, its spokespersons or senior officials present Cuba almost as a Caribbean version of North Korea or Hitler’s Germany, and the immigration policy in general. The logic would be, if Cuba were that which it is not, the Cubans would be living subject to that style of regimes and therefore should be received here without restrictions when trying to escape,” he said.

And the truth is that “or this reality is morally unsustainable, there is a poor diagnosis (about the Cuban situation) or the migration policies are poorly designed.”

His thesis is that Cuban-American politicians are torn by a duality. On the one hand they present themselves as defenders of all Cubans, inside and outside the island, but on the other they have their political loyalties to the administration in Washington.

“The impunity with which the alleged representatives have acted gives me food for thought, because they are more Trumpists than Cuban-Americans. They vindicate themselves in a strange way because the U.S. government is not one of ethnic but territorial representation. Marco Rubio himself speaks of ‘we the Cuban-American community think such and such a thing,’ that is, a community representation is attributed, but they remain silent when in national terms a policy harms that same community. They do it when they agree with the policies of the government of the day that they support. Nothing else.”

And he exemplifies this with a concrete and recent case: “There have been Cuban women detained in El Paso who have been mistreated and none of them has intervened. The reality is that they are only representatives of the Cubans when what they want is something against the Cuban government. And right now, they say nothing about a migratory mechanism that is being dismantled that would be consistent with the existence of terror in the Caribbean as they always say.”

Villa Clara: "at risk" licenses of private transportation workers who do not accept ceiling prices