As a personal gesture of solidarity, the Cuban writer said he had found a "a lively, fighting Lula, convinced of his reasons." 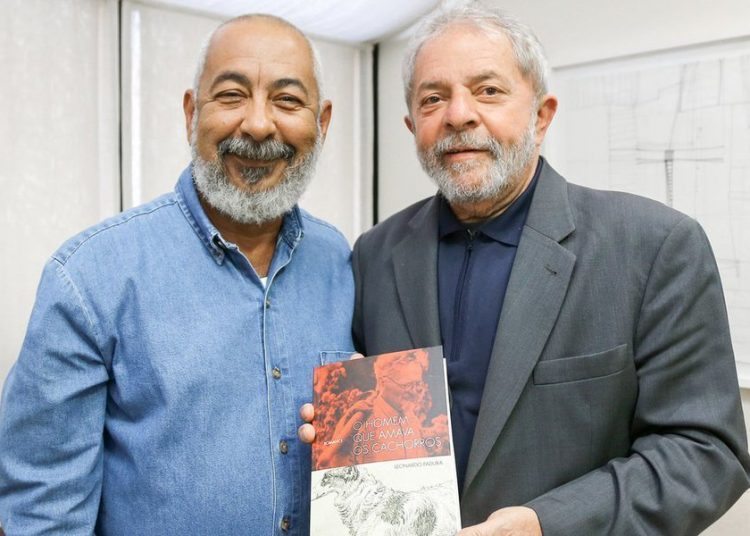 Cuban writer Leonardo Padura was received by former Brazilian President Luiz Inacio Lula da Silva in the prison of the Curitiba Federal Police, where he has been held prisoner since April 2018.

“I do not represent any Cuban political organization. I just came as a friend of President Lula,” Padura said through a megaphone to activists gathered at the exit of the prison.

During this solidarity visit, he was accompanied by Mónica Benicio, architect, activist and widow of Marielle Franco, the Rio de Janeiro councilwoman who was also murdered in 2018.

The prison regime to which Lula da Silva is subjected only allows him to receive two friends per week for one hour.

Padura, who has had a personal friendship with the Brazilian leader for several years, said that with the visit he wanted to show his “solidarity and gratitude for having distinguished and having read my books.”

At the end of the meeting, the Cuban writer circulated a Statement denouncing that “Lula has been criminalized for political reasons.”

From the beginning of the criminal case against former President Lula we suspected that it was a strategy designed to disable access to the electoral campaign of the surest candidate for the presidency of Brazil in the 2018 elections.

The revelations that have subsequently appeared, especially in recent months, have ratified the fact that Lula has been criminalized for political reasons rather than purely legal issues.

The imprisonment of the president and his current stay in prison are a clear warning that a truly democratic state system has collapsed in Brazil.

I firmly believe that in no country or under any system should a person be prosecuted, criminalized, attacked for political positions. It is a universal human right to have freedom of political opinions as long as those actions, ideas, positions do not generate manifestations of hatred, xenophobia, discrimination or persecution of other individuals.

From my modest personal position and considering myself a friend of President Lula da Silva, I sympathize with him and with all the men and women who in the world have suffered and suffer persecution and harassment for peacefully defending their ideas about society and the world.

On the occasion of the visit that I have been able to make in the prison of the Curitiba Federal Police, I have found a lively, fighting Lula, convinced of his reasons, willing to remain in prison until he can leave as a free man. And confident that sooner or later, justice will play the role it must play.

Let's go to the beach