The provincial director of transportation in that Cuban province assured that "the holders of the license to operate have the obligation to carry out their work." 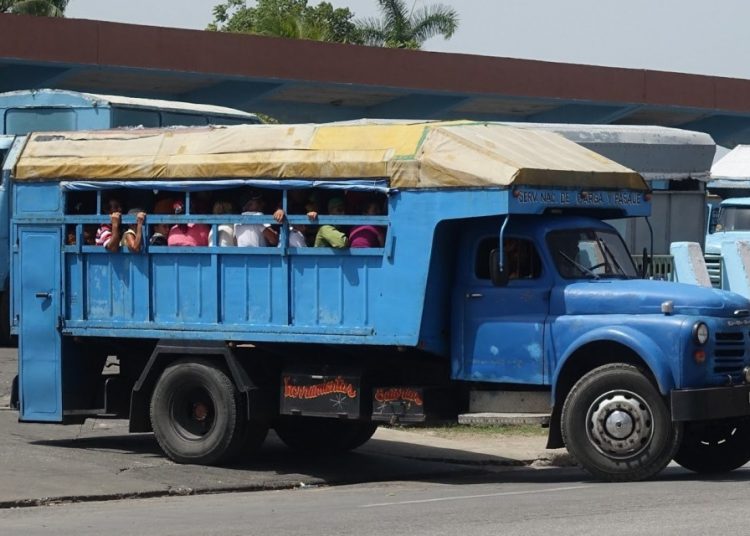 Private transportation workers in the Cuban province of Villa Clara who do not show up for work run “the risk” of losing their licenses, according to local media.

“Private transportation workers who do not show up this Friday, August 16, for work in their respective pools may lose their operational transportation license,” Héctor Amador González, director of transportation in that territory, told the Villa Clara newspaper Vanguardia.

The local publication acknowledges that after the coming into force last Monday of the ceiling prices on a group of products and services in the province, “the flow of private transportation workers in the city of Santa Clara and the rest of the municipalities has considerably decreased.”

Given this situation, explains the media, the provincial government, together with the transportation authorities and the body of inspectors, “decided to take the previous measure.”

“It is known that there are vehicles that are not being driven or exploited for that reason (disagreement with price control), and we will not allow attitudes that go against the people,” said Amador González, who emphasized that “the holders of the license to operate have the obligation to carry out their work.”

The official explained that although there are causes included in the law for the temporary suspension of the license for up to 90 days, such as breakages, sickness or other impediments, the authorities will not allow private carriers that disapprove of the new prices to protest against the ceiling prices established by the government through work stoppages.

“We are warning the holders that whoever hands in the license, to then work illegally, would be carrying out an illegal economic activity that is criminalized crime,” he said.

The director of transportation urged the self-employed to “assimilate the new measures not as provisions against their economy, but as necessary for the working people to have transportation options.”

“The ceiling prices are irrevocable and irreversible, there is no doubt about that,” he concluded.

On August 12, ceiling prices for products and services in the private sector, established by the government of the province, started taking effect in Villa Clara. In addition to transportation―urban and inter-municipal, on trucks as well as cars and motorcycles and carriages―, industrial products such as beer, canned soda and malt, processed products such as pizza and bread, agricultural products and pork were included.

After the approval of this measure, private workers showed disagreement, in particular many carriers, who chose to leave work, as has happened in similar situations in other Cuban provinces. This Wednesday’s announcement has also generated disagreements that have started appearing in the social networks.

The limitation of prices for products and services is part of the recent economic measures implemented by the Cuban government in conjunction with the increase in wages and pensions with the aim of avoiding inflation. These measures have been questioned by private workers, clients and economists in and outside the island.

The Ministry of Finance and Prices recently issued a resolution published in the Gaceta Oficial that states that self-employed workers, agricultural and non-agricultural cooperatives and other forms of non-state management, “cannot increase the current prices and rates of their products and services, destined for state entities and the population.”

This resolution authorizes the presidents of local governments to set the maximum prices and rates for the private sector―something that the authorities of several Cuban provinces have already done―and hold them accountable with the creation of the mechanisms of control, supervision and attention to complaints on the subject.

Local authorities must adopt measures against offenders “within a period not exceeding one week” after the violation of what has been stipulated is known, said Minister of Finance and Prices Meisi Bolaños at a recent press conference.