U.S. farmers are more interested in other markets and the island's government is waiting to see what will happen in the next presidential elections. 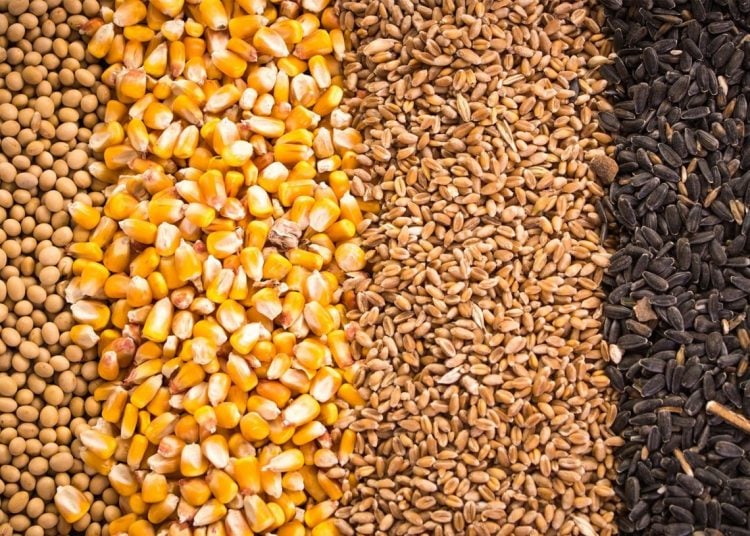 Grains, the biggest possible export item from the United States to Cuba for now. Image: Robobank.com

The fluid export of agricultural products to the island from the United States seems to be condemned to a long march because of Washington’s lack of political will to facilitate sales, Havana’s difficulties to pay for them and U.S. farmers’ new interests.

“We export about 215 million dollars in food to Cuba, a country that has a two billion market, Cuba’s total annual food imports from other countries. So our quota is 10%,” explains to OnCuba Paul Johnson, president of the U.S. Agricultural Coalition for Cuba (USACC), which for more than 10 years ago has been making an effort for U.S. farmers to sell more to the island and empty their crammed warehouses, mainly in the southern U.S. states.

They are figures for the year 2018, according to the president of the USACC, but things will change little this year because no matter how much the farmers want, no matter if they go to Washington or knock on doors in Havana, they achieve nothing. All they have understood is that they have a huge challenge ahead of them.

It is a challenge with several components: political, economic and multilateral. “First of all the two countries have never had normalized agricultural relations. The situation we have today is part of the asymmetric relations and the confrontation between different groups. We must build mutual trust,” explains Johnson.

Then, there is the fact that Cuba’s market is not bigger than the others and “agricultural interests always want to do more and are focused for now on the (new) economic (U.S.) agreement with Mexico and Canada, relations with China and Japan, which are big obstacles.”

In addition, “the issue with Venezuela is a challenge, it is very difficult for politicians to solve the problem of Venezuela and what ties it to Cuba.” And, last but not least, “I clearly see that Havana is waiting to see what happens in 2020 (with the presidential elections in the United States).”

In turn, “we have the financial challenge that has increased. There may be several options but Cuba has a very poor credit history. To tell the truth, I think that we should figure this out because it is essential. Let’s not forget that the U.S. (sales) market is very competitive and interest exists.”

Since the George W. Bush administration launched a food aid initiative for the Caribbean in 2003, which included Cuba, after a hurricane passed through the region, agricultural sales reached between 500 and 700 million dollars in their peak years of 2007 and 2008.

It was a time, Johnson points out, when U.S. farmers felt comfortable because Cuba was paying them in cash. Now, when the island’s government is unable to do so it will have to make an effort to convince them to extend these credits.

But it is a complicated task. “Although on the Cuban side there is a lot of traction, with the changes Raúl Castro made by opening private markets to sell their products, lately there have been backward steps, I see more criticism from the part of the Cuban bureaucracy that is not happy, we have the problem of stockpiling and we see how the government is controlling prices, something they did in the past and did not work. This is frustrating because it goes against the will of the farmers,” said the president of USACC.

The point is that “Cuba wants credits but really what it seeks is to normalize relations with the United States because U.S. farmers have a huge logistical advantage. (Due to the short distance between the two countries) we can quickly place the product, which reduces costs for the Cuban buyer.” Another advantage, “you can send less things at a time and thus alleviate (port) infrastructure,” Johnson explained.

The Cuban market has a continuous need for a series of products in large quantities that can be easily obtained in the United States, such as rice, frozen chicken, wheat, corn and soy. These last two are particularly important because the island is in the process of further developing its poultry and pig production.

“The problem is that the causes go a little deeper than the economic and the multilateral components. The truth is that Cuba continues to have cash difficulties and access to credits, in that I coincide with Johnson, but the island does not seem to have a clear policy either,” affirms academic Arturo López-Levy. “First of all, it has to do with money, but also with the already structured policy that doesn’t help,” he said to OnCuba.

“In the United States there are no credits for the purchase of products, that’s part of the problem. That makes it more difficult because there are other countries where credits are granted, such as Canada. Another element is the fear that now exists in Cuba, which has never happened, there is a great deal of fear in the foreign trade sector that an already paid for ship may be retained,” he explains. That’s why Havana is reluctant to pay before a freighter enters with the merchandise in the Port of Havana. “They are afraid that there will be a confiscation and that everything will be lost.”

In turn, like Johnson, López-Levy also identifies a structural problem, and that due to the current design of relations “this type of cooperation is very difficult or similar to what the United States has with the rest of the world.”

Traditionally, Washington has had an export support policy that is accompanied by a series of mechanisms, from subsidies, incentive programs to invitations to officials from other countries to study U.S. export regulations in universities in that country.

“A bigger sale of agricultural products to Cuba needs a normalization of the agricultural policy toward the island, we have no doubt about that. Now, there are three elements of the Department of Agriculture that must work. Support for the private farmer, the issue of education―because there is an American food security policy towards the hemisphere, scholarships are granted, people from other countries are brought over to train in standards and the particular relationship with the market―and, the third element, the issue of agricultural security, to create cooperation in parts such as the plant health element,” said the academic.

In fact, when agricultural sales to Cuba began, the first one was stopped for a while because former President Fidel Castro did not feel safe in relation to U.S. plant health guarantees. The problem was subsequently resolved with a possible Cuban supervision before arriving at port.

Anyway, López-Levy remembers, for the time being there is something. Thanks to an amendment by Democratic Senator for North Dakota Heidi Heitkamp, ​​last year’s agriculture budget gives U.S. farmers access to federal grants to be able to promote and sell their products on the island. There are two programs, the Market Access Program (MAP) and the Foreign Market Development (FMD) program, both of the Department of Agriculture.

But they are frozen. They haven’t been activated so far although they were approved almost eight months ago. “By the way, as part of the disaster that the Trump administration is, this is something. But it doesn’t start working automatically, it has a bureaucratic component. There are entities that must register with the Department of Agriculture to have access to funds in the Cuban context. It seems that now they are going to start doing that. Everything is very slow,” he adds.

There was a time when politicians and farmers tried to renew potential agricultural sales to Cuba. Last November a conference was held in Havana, where Republican Congressman for Arkansas Rick Crawford renewed his hope of reviving agricultural sales to Cuba. The politician had just lost the support of his peers in a bill that precisely intended to again make the machine operate at the levels of the first half of 2000.

The congressman said that they will continue to insist on obtaining all possible support for this bill, which was introduced in the last Congress and which they hope to present again in the next one and getting even greater support, adding that he thought they were closer than ever. Crawford told a press conference at the Hotel Nacional, two days after a new Democratic majority House of Representatives started working, that the bill’s main objective is to lift the credit bans that exist for Cuban companies and entities.

For the Republican this new dynamic was a new opportunity to achieve his purpose taking into account two factors, that in the new Senate there is a comfortable majority to approve a revival of agricultural sales and the fact that in June the amendment introduced in the agriculture budget was approved, which allows the use of federal subsidies to promote and sell products to Cuba, mentioned above.

At that time, Crawford revealed that he had talked with President Trump about the matter by appealing to his businessman’s spirit. But the truth is that nothing has happened, the president is still more interested in resolving the trade deficit with China and economic agreements with Canada and Mexico, and farmers are worried about how this can affect their sales. The unemployment rate in U.S. agricultural fields has a tendency to grow, which adds to the concerns of farmers, taking into account the new migration policies that affect the hiring of braceros. The current figure is 4.8%, according to official sources.

Right now several U.S. lobbyists are in Havana organizing for October or November the next conference between U.S. farmers interested in exporting to the island and the Cuban authorities to assess the current situation and its perspectives.

*Paul Johnson quotes were translated from the Spanish.