To those who assume Cuban culture as a closed realm, it would be worth remembering that, on the contrary, it has always been phagocytic and eclectic, even during the so-called Gray Quinquennium. 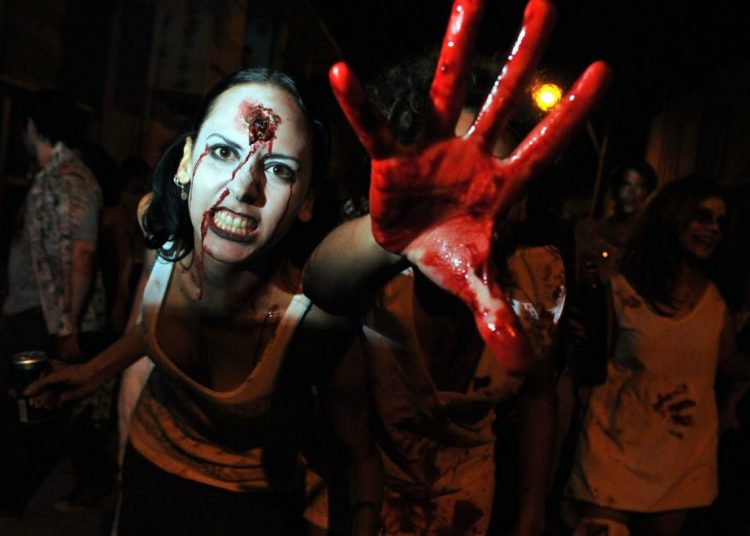 A ghost travels through the island: globalization. For obvious reasons, it doesn’t have an impact as in Moscow, Beijing, Mexico City, Madrid, Paris, Santo Domingo, Buenos Aires or New York, not with transnational corporations, or with Mc Donald’s or Kentucky Fried Chicken franchises, or malls with Michael Jordan shoes, Banana Republic or Victoria’s Secret clothing in shop windows. But it is a fact that from the 1990s to date the country has been opening. The Pope’s visit put it in a slogan: “That Cuba open to the world and that the world open to Cuba.”

First there was a wave of emigrants after the maps changed color, including about 35,000 rafters floating in the Strait (1994) and stranded for almost a year at the Guantanamo Naval Base; then, a successive increase of tourists and of Cubans residing in the United States, Europe and Latin America and, finally, a migration reform (2013) that changed the relationship with the world in many ways, whatever its limitations.

Experts call cultural remittances certain artifacts sent by those who go to the North and continue with their heads in the South, something that, as the category itself says, is not limited to the money they send to their respective countries through Western Union. They create or provide feedback in the receiving nations on ways of doing, fashions and other cultural practices based on packages, live contacts and formal or informal networks that are woven with those inside. Just to exemplify it in one case, the Miami Cubans don’t go to the island only to give/receive hugs, drink Havana Club 7 Years rum or have their pictures taken in those emblematic places of Cubanness that many old people, as reluctant to change as to return, consider a lost Paradise barely redeemed by the old nostalgia industries.

Digital technologies accessible either by official means―e-mail and the Internet, to the extent of their advances and limitations―or informal, involve a range of options that go from flash memories to satellite TV. Neither phone calls nor letters―as in that proverbial scene of Memories of Underdevelopment with the Gillete blades and Adams chewing gum―are today the only forms of contact between the Cubans here and over there. In fact, they have become obsolete.

By using a graphic indicator, in sports gatherings such as those in Havana’s Parque Central or Santiago de Cuba’s Plaza de Marte fans know exactly on which team the players who have decided to move to the Major Leagues are playing, regardless of National TV’s attitude about it.

And if one turns to music or movies, the problem is similar. The Package and the sale of CDs with contents coming from abroad, burned and sold by new self-employed workers whose offers include artists excluded from national broadcasting, are a very widespread means for that which we call “the global.”

The rental of electronic games entered the scene in Cuba when some entrepreneurs decided to take these cultural remittances as sources of informal employment, and therefore, without asking permission. The same as they did in the 1990s with the opening private restaurants, renting rooms and establishing other ways to independently make a living, later legalized by the State.

As is known, the first list of authorizations for self-employment only included the Buyer-Seller of Used Musical Records, with a parenthesis on the side: the “the sale of recorded tapes or compact discs is forbidden.” It was the sole attribution “of the network of authorized establishments,” which changed with the granting of licenses to hack. Cuba is―yes now―the only place in the world where taxes are paid for that, and also the only one that at this point lacks legislation in this regard, despite the persistent claims in congresses and other forums.

The matter is complicated, however, because thanks to Cuban TV’s hacking, people―and I’m about to write the least favored―have been able to access American movies and serials of different quality and make―there are some, of course, that are “banal” if that is the criterion―, but in any case necessary for citizens’ information and for the Republic’s connection with the world. The Package was a “solution” aimed at strengthening access to information beyond official means.

Perhaps there is no other part of national reality where this is seen as much as in reggaeton. Enthroned in the music scene of the 1990s, after the so-called timba―with which there are intriguing blood ties with salsa―, it has kept being heard despite its overwhelming exclusion from official broadcasting.

These young people standing on stage are not there by spontaneous generation, but because they respond to a phenomenon called crisis, first lived by people and then studied by social thinkers. However, speeches about reggaeton musicians are usually based on a dissociative operation that cuts their umbilical cord by presenting them sort of as aliens because they contradict certain assumptions, one of them related to accumulated education and culture.

Like any other entity, the State has the right to control/decide the type of music to be disseminated on its premises. This would not have happened, probably, if the clamp down on certain reggaeton musicians, too clumsy, vulgar, rude, not very pragmatic and not at all intelligent, had not mediated. And plethoric in attitudes and texts that place women as simple sex objects or locus to ejaculate, a true ideological-cultural setback on the road to their emancipation and the freedom of power relations, historical and current.

But we are not in the 1960s, in which it was intended to look down on Anglo-Saxon rock. It is not superfluous to remember that even then that control did not become absolute thanks to the famous clandestine domestic production plates and the circulation of acetate discs brought from abroad by merchant marines and officials; that was what many young people heard and danced to at their 15th birthday parties and the gatherings in El Vedado, La Víbora and other neighborhoods in the country. “This is a country of great forgetfulness,” Eusebio Leal once said.

Last but not least, unprecedented phenomena appear in the picture. A community of Cubans affiliated with Islam and with logistical support from the Saudis for Ramadan practices; a new generation of fundamentalist pastors doing the same as in Bogotá or Miami, and with identical strategies for revival, their central task in places as different as Marianao, Cienfuegos, Nuevitas and Alto Songo. This sociocultural phenomenon, also new here, includes the use of Facebook, Instagram and even YouTube channels to disseminate their messages.

Seen thus, globalization, its multiple impacts and transnational communities put into crisis autarchy, exceptionalism, legal bodies and even relations between citizens and consumers, as stressed by Néstor García Canclini in a classic study.

To those who assume Cuban culture as a closed realm, it would be worth remembering that, on the contrary, it has always been phagocytic and eclectic, even during the so-called Gray Quinquennium. From above, the “telluric Cubanness,” immovable, must then be tempered, transformed or run the risk of hanging from a limb.