The decision coincides with the extension of lawsuits against all cruise lines that used nationalized port facilities. 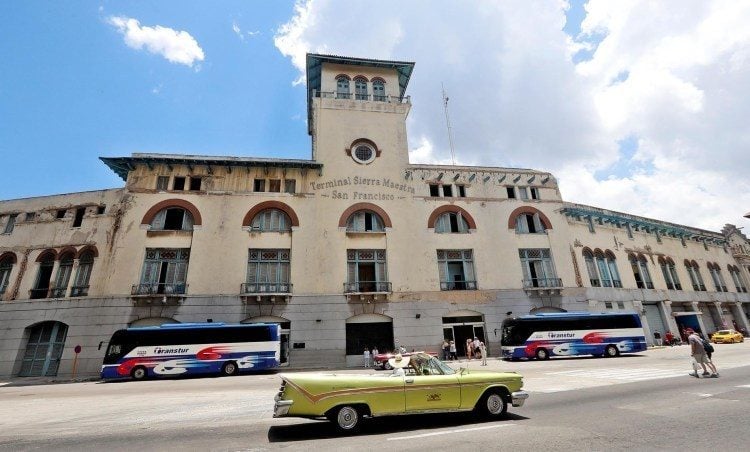 A second federal judge in Miami has rejected a request from the Carnival shipping company to dismiss a lawsuit that accuses it of “trafficking” with properties nationalized at the beginning of the Cuban Revolution.

Carnival had asked Judge Beth Bloom to reject the lawsuit filed by the heirs of Havana Docks Corporation, former owners of the current Sierra Maestra docks, in the port of Havana, because it does not sustain strong enough arguments that the property in question belonged to them, and not to the Cuban government, at the time of nationalization.

The judge’s decision comes a day after Havana Docks expanded the number of lawsuits against shipping companies that made cruise trips to the island until recently. In addition to Carnival, the claims have now been extended to Msc Cruises, Royal Caribbean and Norwegian Cruise Line. At the same time, another plaintiff against the shipping companies, Javier García-Bengochea, also added the last two shipping companies to another lawsuit against Carnival, and which on Monday saw Judge James Lawrence King reject a request for dismissal by the cruise line.

In a nine-page opinion, Judge Bloom states that based on the Helms-Burton Act, within which the lawsuits were filed, the court asserts that Havana Docks’ argument that the said act allows for the application of an exception is valid for authorized trips. The center of the question raised by Havana Docks is whether the fact that the Department of the Treasury gave permission to carry out the cruises contradicts the ban on Americans traveling to the island as tourists.

The judge said it does not. “The plaintiffs are not obliged to deny an affirmative defense in their complaint,” she said. In fact, “this issue belongs to Carnival and the plaintiff is not obliged to establish it.” Even so, “although it is possible that Carnival’s activities are included in the subject matter of the case, that argument is not valid at this stage of the process.”

The point is that Carnival argued that being authorized by the Department of the Treasury to carry out the cruises, the term of “trafficking” with nationalized properties is not applicable since it still had to use those properties to carry out those activities. That is, it would still need to use the port.

But the judge clarifies: “The language of the (Helms-Burton) clearly says that every person who traffics with property confiscated by the Cuban government can be sued in the United States. In fact, the language of the law does not even require that such trafficking may occur even if a party has a financial interest in the property or not.” Which means that Havana Docks did not need to be in possession of the property’s management for the “trafficking” to occur.

This last argument of the judge is capital for Havana Docks because Carnival argued in the initial response to the lawsuit that the lease contract for Havana docks expired before nationalization.

On Wednesday, the texts of five new lawsuits appeared in the court archives. These are a kind of complement to the previous two, which opened the process. That of García-Bengochea for the nationalization of properties in Santiago de Cuba and La Marítima family firm and its shipping terminal, and that of Havana Docks for the Sierra Maestra dock, lately known as the cruise ship dock.

The five new lawsuits are the same and wield the same arguments as the first two, that the shipping companies used the facilities in dispute to operate their cruises to Cuba and ask the courts to decide on a “fair” compensation and payment of all expenses, of court and lawyers, by the accused.

At this point, the decisions made so far by the judges place the shipping companies at a disadvantage. So much so that the director of the U.S.-Cuba Trade and Economic Council, John Kavulich, wonders if it isn’t time for companies to begin negotiating an out-of-court agreement with the plaintiffs.

“Given the decision against Carnival and the reasons alleged by Judge King and the great possibility that other judges follow that line, I would say that the plaintiffs have reasons to be optimistic that they will win and the defendants would better start considering discussing among them a way to reach an agreement outside the court,” he said in a conversation with OnCuba.

The fact is that the terms of the judges’ two decisions, in turn, represent a unique opportunity for the plaintiffs to place the shipping companies in an even worse situation. “This decision (Kavulich was referring to that of Judge Lawrence King that was later followed by Judge Bloom) allows plaintiffs’ lawyers to have access to seek more information, to be able to consult all the books and internal reports and no company likes that,” he pointed out. It is what in legal language is called discovery, a permission to consult everything that is considered relevant to a process and it cannot be denied.

Moreover, if the judges determine that the shipping companies were making tourism trips, the matter gets even worse. “The cruise companies are going to argue that they had a license from the Treasury Department to go to Cuba. But that doesn’t mean that (tourism) is legal, in fact it is still illegal,” Kavulich said.

Therefore, from now on “the debate will be about law versus facts. What the law says and what the facts say.”